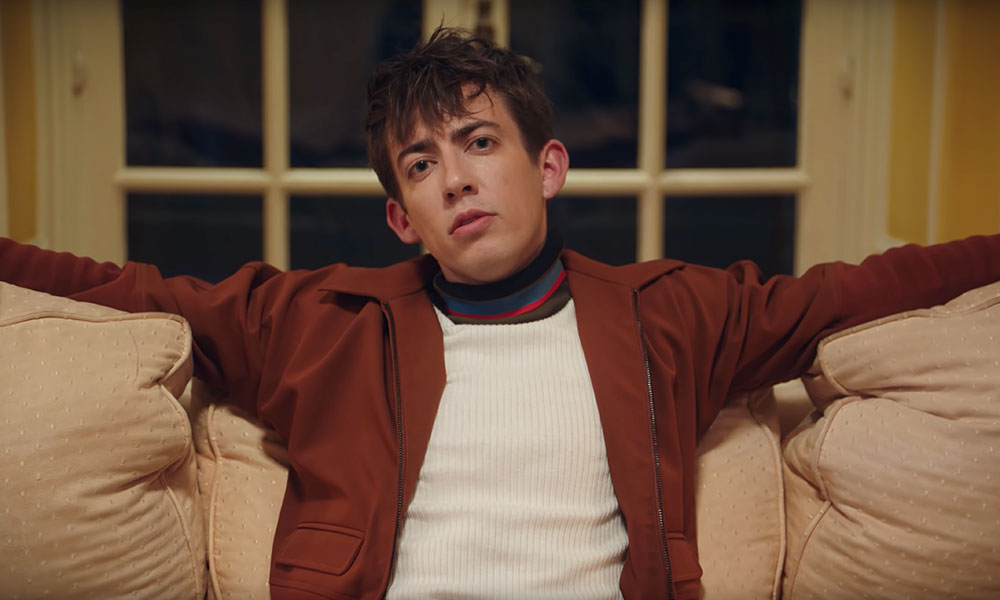 Kevin McHale released the music video for his new single “Help Me Now,” and it features his boyfriend.

Kevin McHale came out last year, and it seems he’s embracing his identity in his art. In the music video for his single “Help Me Now,” Modern Family star Nolan Gould straps on a virtual reality headset and enters a digital environment inhabited by a dancing McHale.

“We wanted something that was not taking itself seriously,” McHale told PopSugar. “I’m not supposed to be dancing necessarily that well. It’s more like desperation. We want it to be funny and sort of me just trying a little too hard because that’s what the songs about and what the lyrics reflect.”

At the end of the video, Gould removes the VR headset and gives it to Austin McKenzie (McHale’s real-life boyfriend). At that point, it’s obvious the song is about asking for forgiveness. McHale says that the track and silly dancing makes the dark lyrics “more palatable, at least for me and my personal life.”

“The desperation is unflattering. And I think when you put it in a house with a bunch of bright colors and some goofy dancing, that makes it a little better.”

He also announced Boy, his debut EP arriving May 24.

“Lyrically [all the songs] are about me growing up in a weird way, like emotionally growing up in a weird way. It was sort of the break between my 20s where nobody really knows what they’re doing. It’s fun to reflect upon that and dive in deeper and dissect those things. The title Boy reflected me feeling like I was a boy then and I’m finally now starting to grow up or be an adult, as much as I hate that.”

Watch the music video for “Help Me Now” below.