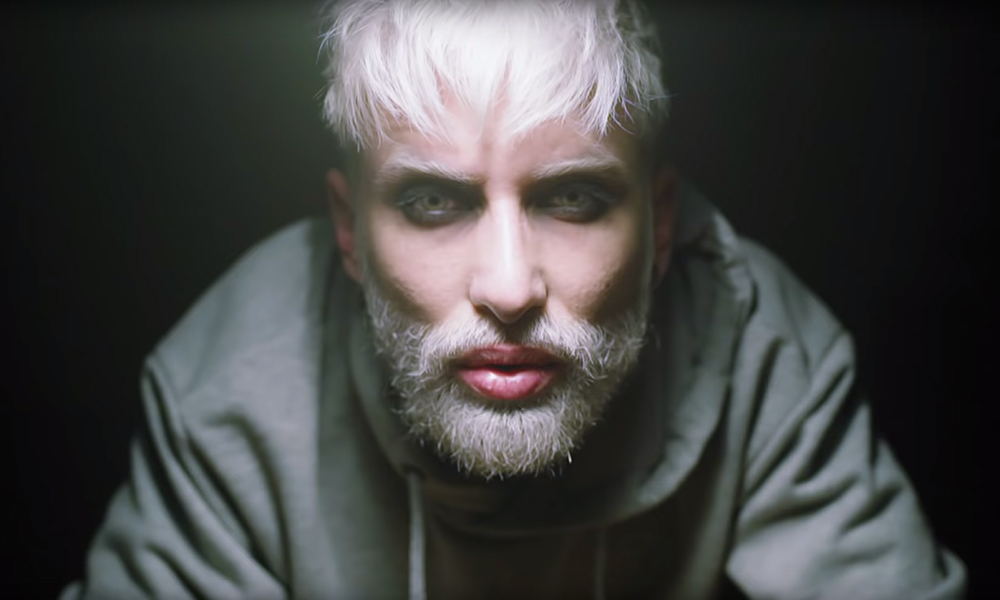 In the music video for their new single, “Hit Me“, Wurst has a new look, featuring striking white locks and whiskers. Tom Neuwirth, the man behind the character, has previously mentioned he wanted to develop a new persona, and that “with the bearded lady, I have achieved everything I wanted since the [Eurovision] victory, I don’t need her anymore, I have to kill her.”

Apparently, the iconic brunette tresses and matching beard are gone for good.

The new video shows Wurst dancing in a futuristic stretch of a corridor loaded with computer screens. The footage is intercut with scenes of Wurst seemingly cross-examining a bearded, tattooed man, as they tell him “cause I won’t let you threaten me and I won’t give you parts of me.”

Neuwirth uploaded the song to Conchita’s YouTube channel, but it is unclear if this new look is an evolution of the female persona or something entirely new. The previous video, published a week ago, doesn’t give us a glimpse of Wurst’s face. However, it does have clear WURST branding to match new social media cover photos.

This new expression first appeared at the Life Ball charity night in Vienna; the theme was The Sound of Music. Worst rocked platinum blonde hair to play Maria von Trapp in the opening number.

Watch the video for “Hit Me” below.