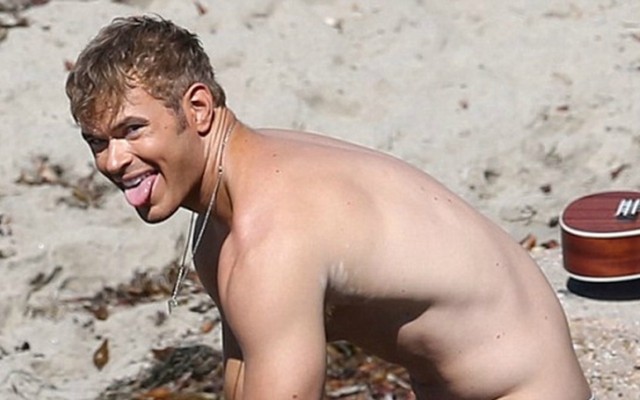 Kellan Lutz has always been a heartthrob, and for good reason. He’s in incredible shape and basically made us wish we were undead. One thing is certain, whatever’s in his pants is very much alive. On more than one occasion, Lutz’ has showed off his hammer and it’s obviously impressive. Although the photo below is from 2014, it’s still worth a peek.

The Hercules star was photographed strutting around in a pair of basketball shorts, and he’s obviously not wearing an underwear. Kellan Lutz is known for his bulging muscles, but this muscle might be his most bulging asset. Whether or not you like Twilight, it’s hard to deny that Lutz is incredibly sexy and obviously packing heat. The only question we have is why is he walking around with a semi? Any guesses?