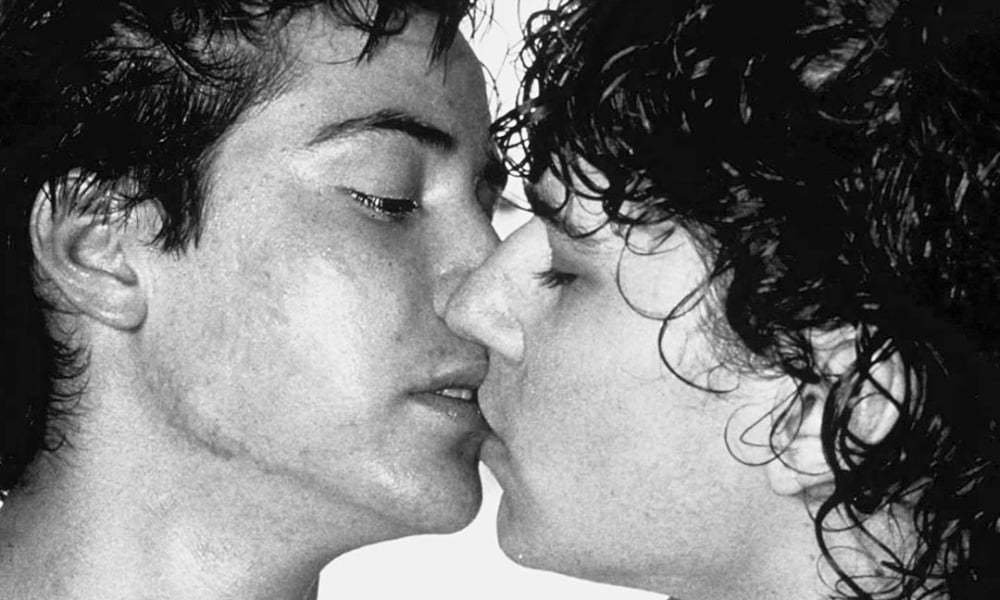 Once upon a time, Keanu Reeves fell in love with a “wolfboy.”

This week, acclaimed queer writer and director Bruce LaBruce shared some old promotional stills on Instagram. The photographs, which were likely captured in 1984, star Keanu Reeves and Carl Marotte (My Bloody Valentine). Taken in Toronto, the images were used to promote a play Reeves and Marotte co-starred in together.

He continued, “My friend John Palmer, who, twenty years later, adapted my hustler short stories from my J.D.s fanzine for a movie called Sugar, directed the original production.”

The photographs provoked an almost immediate response online, as many fans were oblivious of the play. At the time the photos were taken, Reeves was 19 years old and still studying drama.

Wolfboy was written by Canadian playwright and screenwriter, Brad Fraser.

Based in an asylum, Wolfboy, which was written by Canadian playwright and screenwriter, starred Reeves as “an innocent teen who got sucked into a relationship with a deranged boy who believes he is a werewolf.”

According to a documentary called Keanu Reeves: Journey to Success, “The play’s h********c undertones made it a cult hit with Toronto’s gay community.”

“He was absolutely gorgeous,” the play’s director, John Palmer, said of casting Reeves.

“He was a knockout… There was an honesty about him. He had so much energy that he didn’t know what to do with.”

Scroll through the photos below.