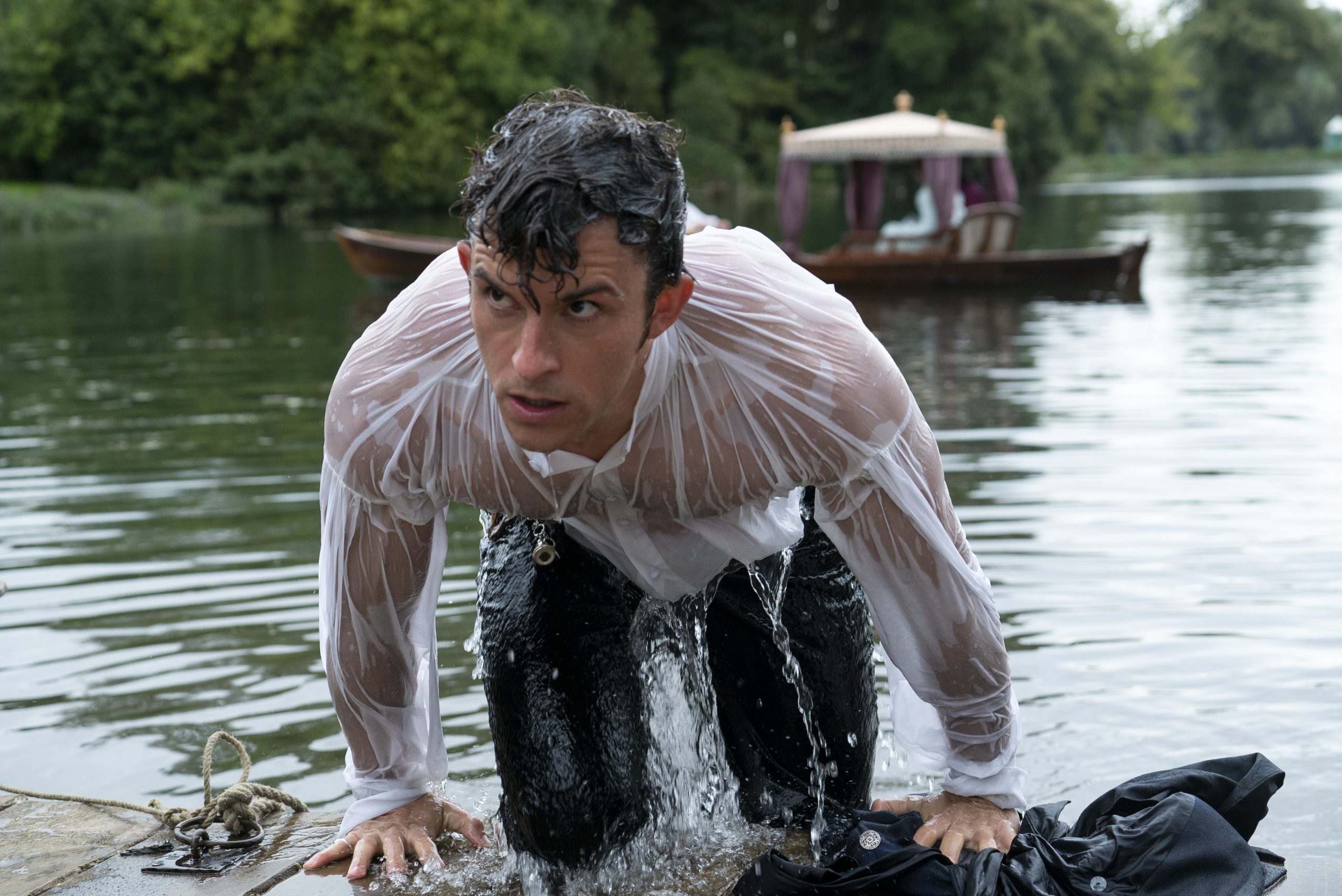 Calling all actors in and out of the closet.

Since becoming the Viscount on Netflix’s critically acclaimed regency drama Bridgerton, actor Jonathan Bailey has made waves as an LGBTQ+ actor in Hollywood.

Though we were introduced to Anthony Bridgerton in season one, his leading role in season two captured our attention. His performance in the Shondaland series and the incredible chemistry he created with his costar, Simone Ashley (Kate Sharma), had viewers on the edge of their seats all season. But wait, isn’t he gay? Yes, Bailey proves once again how queer actors can play heterosexual characters.

Typecasting and Homophobia in Hollywood

Many queer actors have taken on straight roles before Bailey. Like Jonathan Groff as Jesse St. James in Glee, Jim Parsons as Sheldon Cooper on The Big Bang Theory, Neil Patrick Harris as Barney Stinson on How I Met Your Mother, and Luke Evans as Gaston in Beauty and the Beast (to name a few). But this doesn’t mean it’s easy for LGBTQIA+ actors to avoid typecasting in Hollywood.

This is why so many young queer actors look to Bailey as an inspiration. In an interview with The New York Times, Bailey got candid on his career, personal life, and all things Bridgerton. The article also included interviews with people close to Bailey, like his assistant for 15+ years, Nicki van Gelder.

Van Gelder said since the 33-year-old actor came out as gay in 2020, he has sparked a conversation among aspiring actors still in the closet.

“I have a couple of younger actors that I’ve discussed it with,” Van Gelder recalled. “They said, ‘Jonny is out, is it OK?’ And I said, ‘Absolutely.'”

Though the fight for representation on screen is far from over, it’s nice to acknowledge the growth in queer media over the last few years. Bailey acknowledged this victory in 2019. While accepting the Olivier Awards for Best Actor in a Supporting Role in a Musical, he said, “If I can fill spaces that I didn’t have growing up, then I feel like that’s a really brilliant thing.”

We’re hoping to see Anthony Bridgerton return in the upcoming third and fourth seasons of Bridgerton, but fans can see Bailey outside of the series. He is currently starring in a West End production of the Mike Bartlett play Cock. According to Paybill, “the play follows John (Bailey), who, despite identifying as gay and being in a long-term relationship with his boyfriend (Egerton), finds himself questioning his sexuality and self-imposed labels upon meeting who could be the woman of his dreams.”

Rocketman actor Taron Egerton, unfortunately, dropped out of the production for “personal reasons.”