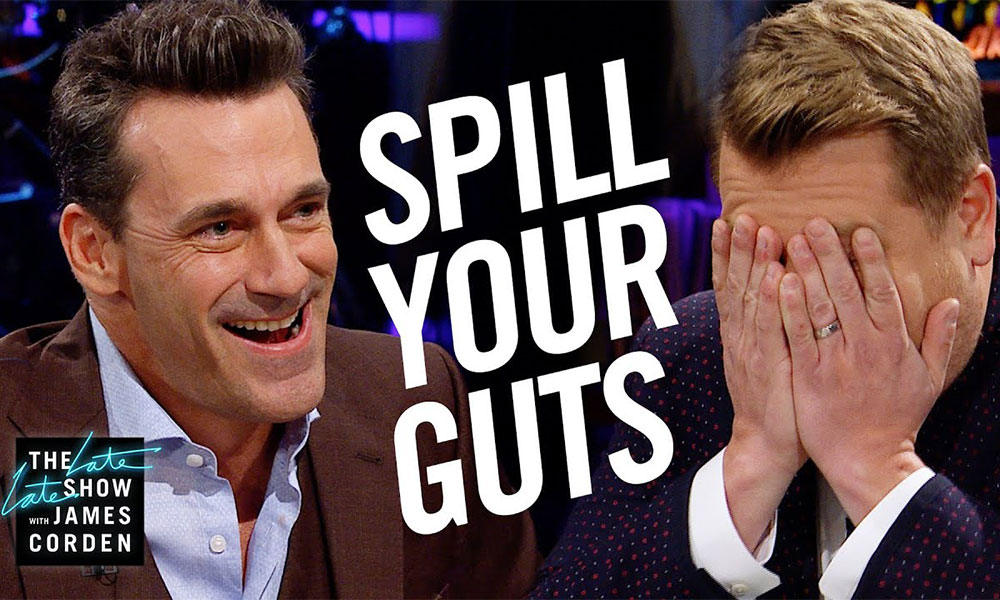 James Corden Asked Jon Hamm About the Size of His ‘Hammaconda’

James Corden: “Show me with your hands how big the ‘Hammaconda’ really is.”

Last week, actor Jon Hamm (Mad Men, Baby Driver, Bridesmaids) appeared on The Late Late Show With James Corden to promote his latest film, Bad Times at the El Royale. While on the show, Hamm and Corden played a disgusting game of “Spill Your Guts or Fill Your Guts.” The rules of the game are simple; answer one of your opponent’s embarrassing and awkward questions or eat something gross.

In this round, the players were presented with some rather revolting cuisine; chili cheese dog smoothie, fried tarantula and fish eyeballs among other foul delicacies. For most of the game, the questions were mild and fun, but for his last question, Corden took it to the next level and asked Hamm a question to which everyone wants the answer.

Did Hamm reveal the size of the ‘Hammaconda’? Watch the clip below to find out. (It’s a lengthy video. Fast forward to the 11-minute marker for the juicy details.)

James Corden Asked Jon Hamm About the Size of His ‘Hammaconda’