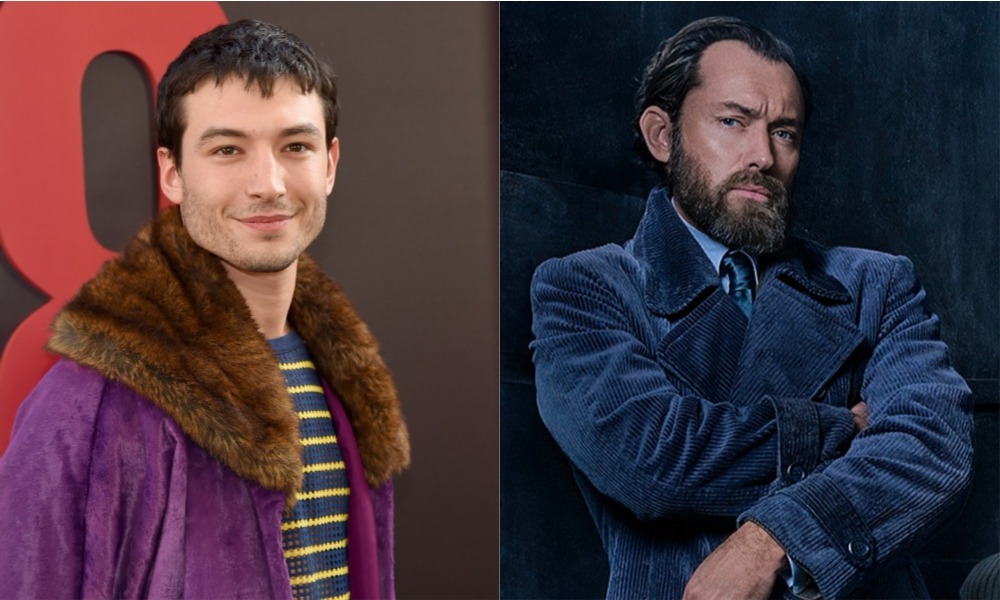 Ezra Miller responded to the backlash over the Fantastic Beasts sequel, saying, “Why don’t you wait until you see the film before you start talking sh*t on Twitter?”

Miller is pushing back against backlash on social media around Fantastic Beasts: The Crimes of Grindelwald. In an interview with Total Film, Miller praised the depiction of Dumbledore’s sexuality in the upcoming film.

In 2007, Rowling confirmed Dumbledore was gay after her epic series had ended. Then, when Jude Law was cast to portray young Dumbledore, fans of the Wizarding World assumed the Fantastic Beasts sequel would explore this facet of the character’s life.

“It’s a funny idea to me that every form of representation has to look the same,” Miller said. “I find Dumbledore’s queerness extremely explicit in this film. I mean, all around. He sees Grindelwald, his young lover who’s the love of his life; he sees him in the Mirror of Erised. What does the Mirror of Erised show you? Nothing more than the most desperate desire of your heart. If that’s not explicitly gay, I don’t know what is.”

Miller also commended J.K. Rowling for announcing Dumbledore’s sexuality at all. “People have to also take a moment and acknowledge the gift that Jo Rowling gave us,” he added. “[She wrote] one of the greatest characters in literary history, one of the most beloved characters across the whole spectrum of civil society … and then, at the end of writing that series, was like, ‘Oh, yeah, and he’s gay. What? Step to me.’ She is forever a god for that.”

As for the backlash, Miller had this to say: “Why don’t you wait until you see the film before you start talking shit on Twitter? Or wait to make up your mind about something for once in your life. Do your research. Make up your own mind. Follow your heart, and really, really investigate situations before you identify yourself and pick a side, and start throwing things at the opposition. Because that’s what’s totally screwing everything up right now. And it polarizes us. We’re all human, and there’s a lot of things we can agree on.”

Miller plays Credence Barebone in the franchise. Fantastic Beasts: The Crimes of Grindelwald opens in theaters nationwide on November 16.