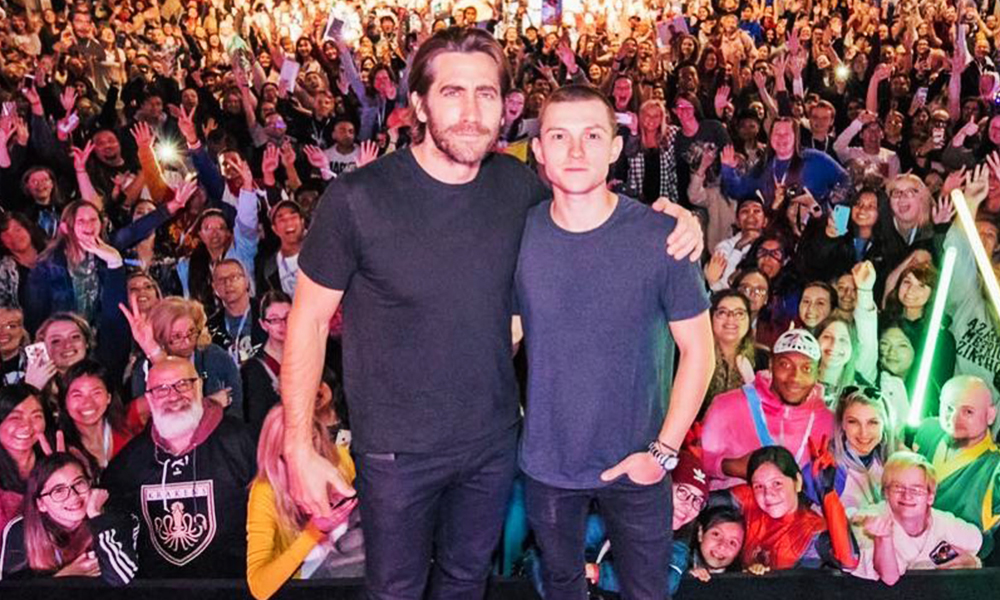 Following a panel over the weekend, Academy-Award nominee Jake Gyllenhaal joked that he and Tom Holland are engaged. Gyllenhaal shared a photo of the duo to Instagram with the caption: “Forget the Biebers… We’re getting married.” The Spider-Man: Far From Home co-stars were in Chicago to attend the ACE Comic Con in Chicago.

In past interviews, the 38-year-old actor has spoken affectionately about his friendship with Holland in recent interviews.

“Disastrous times, he’s got a bland personality, he’s basically just very boring. It was genuinely lovely. He puts everything into making Spider-Man great,” he told ComicBook.com.

“He knows how much pressure there is on him, and he knows how much people care about that character, and he puts everything physically, emotionally, mentally into it. I think it wasn’t until literally a day ago when he saw the movie finally that he said he could relax.”

Offer | Save 41% Off Spider-Man: Far From Home on Blu-ray

Gyllenhaal continued: “He offered me a lot of advice that I needed, and he just constantly was like ‘Yes, that’s exactly how everyone feels when they first start off in this space.’ And we just became friends that way. I think he admires me. I admire him, both for very different reasons. And as much as actors in press junkets after the fact like to talk about how wonderful the other one was to work with, and who knows if it’s true or not half the time. I really like him a lot as a human being, and I enjoy being with him outside of all this stuff, so that all went into the movie as well.”

To celebrate their adorable relationship, check out the blooper reel below!

Miss my scene partner. #spidermanfarfromhome Out Now on Digital