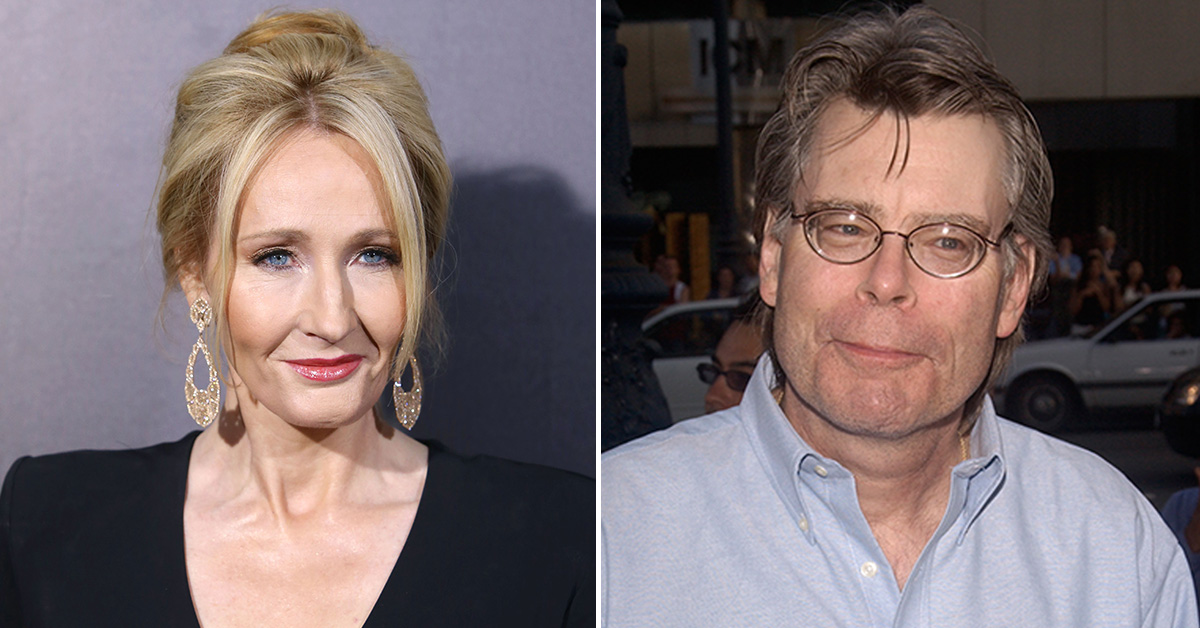 J.K. Rowling, the world’s most magical muggle, is the Queen of Twitter, and she recently formed an enchanting alliance with best-selling author Stephen King. The powerhouse pair joined forces and took to Twitter to battle President Donald Trump and his flock of followers.

In recent months, Rowling and King increased the frequency and sharpness of their tweets to Trump, and Twitter is obsessed with the exchanges. Rowling hasn’t been particularly shy about her feelings toward Trump. At the 2016 PEN America Literary Gala, she expressed her views stating, “I find almost everything that Mr. Trump says objectionable. I consider him offensive and bigoted.”

Related | The Most Magical ‘Harry Potter’ Proposal Ever

This whole kerfuffle started when Trump blocked King on Twitter. The best-selling author, who frequently expresses his contempt for Trump on social media, feigned dismay as he announced the ban. “Trump has blocked me from reading his tweets. I may have to kill myself,” King tweeted.

Trump has blocked me from reading his tweets. I may have to kill myself.

Blocked! Condemned to an existential wasteland of Trumplessness!

King wasn’t overly concerned. In a separate tweet, he noted that “It’s not as if his tweets are hard to find!” Nevertheless, his loyal followers, including Rowling, swiftly showed their support. Promptly, Rowling came to help and promised to keep King in-the-know. “I still have access. I’ll DM them to you,” Rowling declared.

I still have access. I'll DM them to you. https://t.co/MhibEYDBTg

Then, on Thursday afternoon, Rowling stayed true to her word and tweeted King a screenshot of Trump’s tweet, which insists that the Russian story was “phony.” She even included a nod to King’s novels Misery and Cujo. For non-King fans, Cujo is a psychological horror novel about a rabid Saint Bernard that terrifies a woman and her young son, and Annie Wilkes is the name of the sadistic captor who tortures an author in the 1987 thriller book Misery.

Rowling tweeted King asking, “On a sliding scale of Annie Wilkes to Cujo, what level of delusion do you reckon we’re at today?” And, King responded by comparing POTUS to a soul-sucking magical creature from the Wizarding World. “Well, I’m not the Donald’s #1 fan, so that lets out Annie Wilkes. I think he’s got more of a Dementor vibe,” King replied cooly.

While her tweets are always impressive, this isn’t her first rodeo and she’s a wizard with words. Rowling has also tweeted extensively to her massive following about politics in the U.K. politics, especially the state of the Labour Party, to which she has given more than $1 million. In addition, many of her tweets have gone viral and continue to inspire.

“We stand together. We stick up for the vulnerable. We challenge bigots. We don’t let hate speech become normalized. We hold the line.” – J.K. Rowling

.@StephenKing On a sliding scale of Annie Wilkes to Cujo, what level of delusion do you reckon we're at today? pic.twitter.com/vmPwdS47Ks

Related | This Harry Potter Boudoir Photoshoot Is Beyond Enchanting

Fans speculate that King’s tweet about Ivanka Trump, the President’s daughter, was the straw that broke the camels back. On June 12, King tweeted, “If Ivanka Trump had grown up in farm country, like some of us, she’d know her father is reaping exactly what he sowed.”

If Ivanka Trump had grown up in farm country, like some of us, she'd know her father is reaping exactly what he sowed.

Although blocking people on Twitter might seem harmless, the thin-skinned president has come under fire for his social media practices. On his personal Twitter account, @realDonaldTrump, POTUS has a habit of blocking users, such as King, after they ridiculed or scrutinized his policies or presidency.

According to some attorneys, the Constitution explicitly forbids the President from blocking people on social media. Trump often makes comments about public policy on his personal Twitter account, which leads First Amendment groups to argue that his account is a “public forum” where political discussion transpires.

The First Amendment was literally the First Amendment to the Constitution, which demonstrates its significance to our Founding Fathers. Benjamin Franklin once told The Pennsylvania Gazette, “Freedom of speech is a principal pillar of a free government: When this support is taken away, the constitution of a free society is dissolved.” Obviously, blocking oncerned citizens on Twitter is an effective tactic for silencing society.

Forbes reported that the Knight First Amendment Institute sent Trump a letter stating, “This Twitter account operates as a ‘designated public forum’ for First Amendment purposes, and accordingly the viewpoint-based blocking of our clients is unconstitutional.” In the letter, they also requested that Trump unblock anyone he’s blocking.

At this time, Trump hasn’t responded to any of the King-related tweets from Rowling, but if history is any indication, he will soon. Stay tuned.