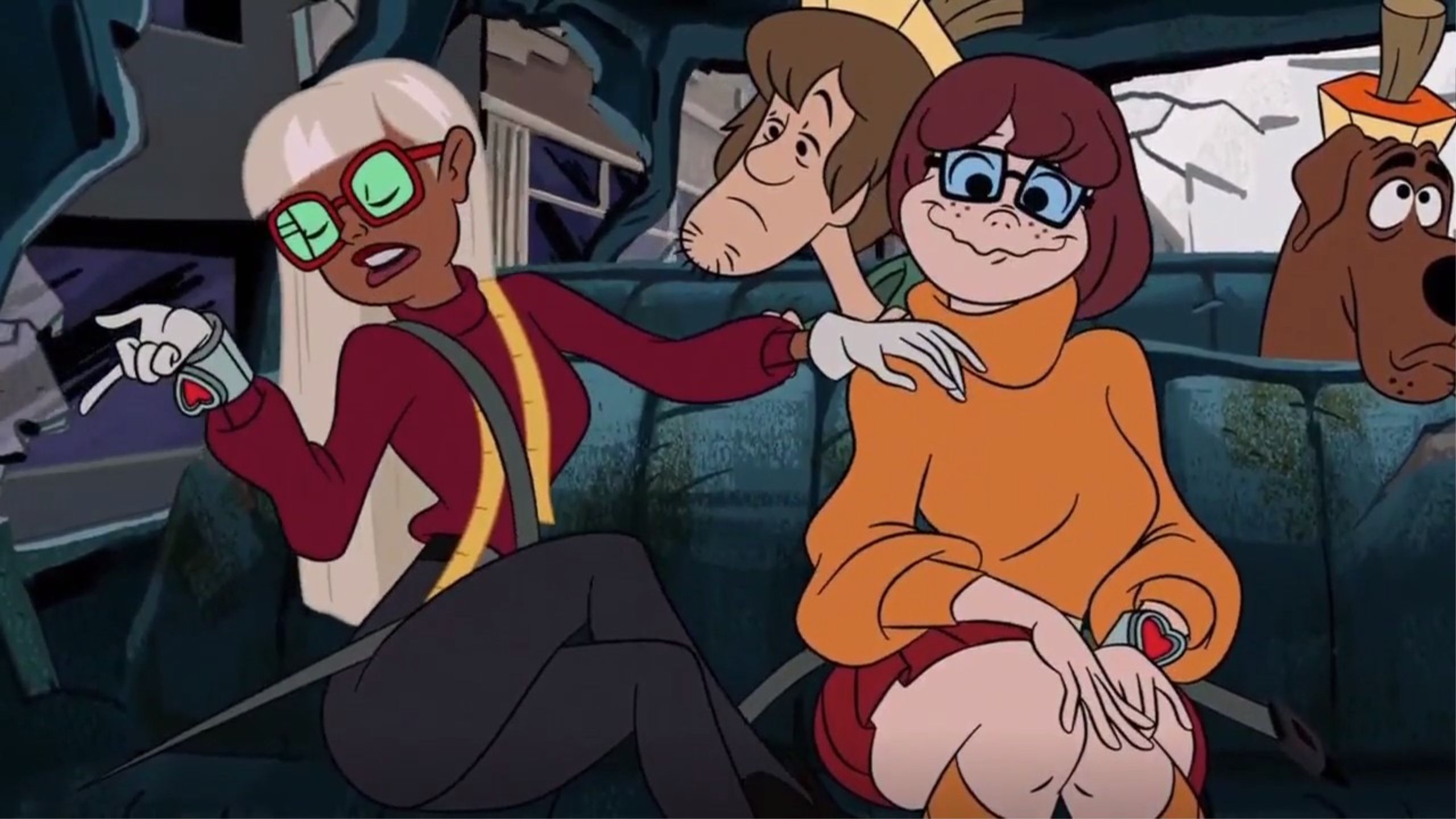 It’s Official: Velma Is a Lesbian

For decades Scooby-Doo fans have believed the brainiac of the bunch, Velma Dinkley is a little, you know.

Velma’s Sexuality Has Never Been a Mystery

This is the first time the character Velma has been canonically queer, but it is not the first time it has been confirmed. Screenwriter James Gunn, who gave us the 2002 live-action Scooby-Doo film and its sequel, Scooby-Doo 2: Monsters Unleashed, previously confirmed Velma as a member of the LGBTQ+ community. He also revealed his attempts to have Velma be queer in his films, but the studio shot him down.

“In 2001 Velma was explicitly gay in my initial script,” he wrote. “But the studio just kept watering it down & watering it down, becoming ambiguous (the version shot), then nothing (the released version) & finally having a boyfriend (the sequel).”

Velma also dated shaggy in the cartoon Mystery Incorporated. But even Tony Cervone, the supervising producer of the series, confirmed she is gay.

“I’ve said this before, but Velma in ‘Mystery Incorporated’ is not bi. She’s gay. We always planned on Velma acting a little off and out of character when she was dating Shaggy because that relationship was wrong for her and she had unspoken difficulty with the why. There are hints about the why in that episode with the mermaid, and if you follow the entire Marcie arc it seems as clear as we could make it 10 years ago.”

Marcie Fleach is a character from Mystery Incorporated. Also known as Hot Dog Water, Marcie was a rival of Velma when she spied on Mystery Inc for her boss Mr. E. But Marcie and Velma eventually grew to be close friends, and maybe something more.

“I don’t think Marcie and Velma had time to act on their feelings during the main timeline, but post reset, they are a couple, Cervone continued. “You can not like it, but this was our intention.”

Mystery is No Longer Her Only Mistress

In the new Halloween special, Tick or Treat Scooby-Doo, Velma is immediately hit by cupid’s arrow when she meets fashion mogul Coco Diablo. When she first sees Coco, she takes in all the characteristics that make her attractive, like her excellent sense of style and obvious wits. The girl quickly takes her breath away and makes her blush, big time.

And it looks like that Velma has a thing for bad girls. In a later movie clip shared by a fan on Twitter, Daphne questions her friend about her feelings for Coco and notes that she didn’t think people with felony convictions were her type. This one is because Velma proceeds to have an anxiety attack about how to even talk to this girl.

Also here’s the part where she actually admits it 🥲🥲 pic.twitter.com/nyA3toBz80

Hayley Kiyoko — our lesbian pop star queen who played Velma in the 2009 film Scooby-Doo: The Mystery Begins – responded to the news of queer Velma on Twitter. She said, “I remember booking Velma in 2008. It was my first big role in a movie. I also remember thinking, ‘I wonder if they know they hired a lesbian as Velma’ here we are, 14 years later…… love you all so much.”

I remember booking Velma in 2008. It was my first big role in a movie. I also remember thinking ‘I wonder if they know they hired a lesbian as Velma’ here we are, 14 years later……😂 love you all so much

Trick or Treat Scooby-Doo! is available now. You can rent or purchase on Prime Video here.

It’s Official: Velma Is a Lesbian