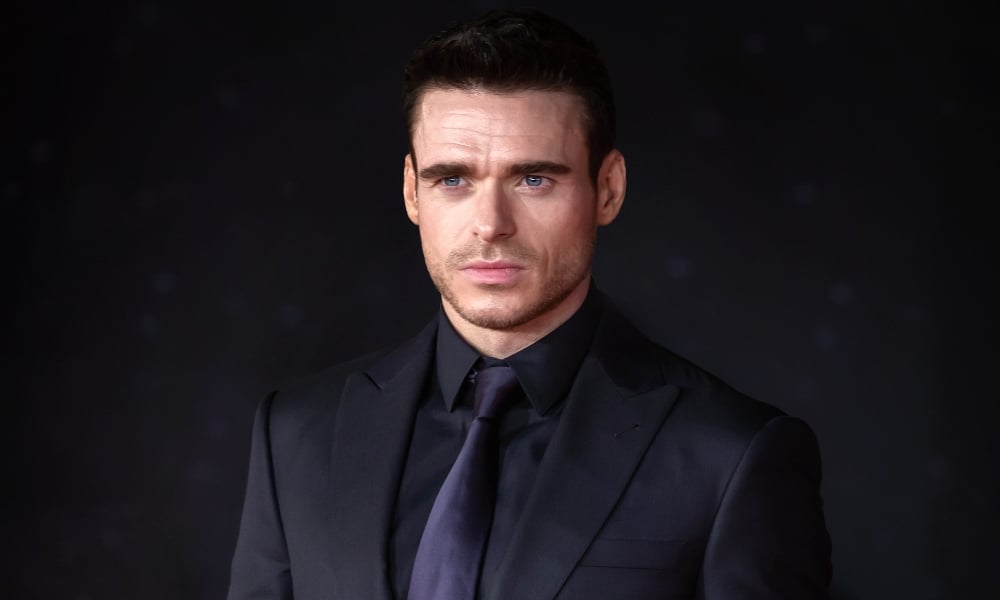 Is Richard Madden gay? The Scottish actor sent viewers swooning when he first appeared on HBO’s hit series Game of Thrones as the dashing Rob Stark. With that sudden newfound fame came a lot of speculation about his romantic history, as he’s been linked to quite a few interesting faces.

Who has Richard Madden dated, and is he gay or straight? Find out more about this young actor, and get the scoop on whom he might be dating right now!

Who Is Richard Madden?

Richard Madden is a Scottish actor who first caught international attention when he portrayed Rob Stark in Game of Thrones from 2011 to 2013. He’s also known for playing Prince Kit in Disney’s live-action version of Cinderella (2015) and David Budd in BBC’s Bodyguard (2018).

While Rob Stark was his breakthrough role, it was his performance as David Budd that earned him the Golden Globe Award for Best Actor. He also played John Reid in the Elton John biopic Rocketman (2019). Madden was so convincing as Elton John’s former lover that it only added fuel to the fire of gay rumors.

Because he’s taken on the gay roles of John Reid in Rocketman and Ikaris in Eternals, journalists have often asked Richard about his private life. However, he’s famously tight-lipped about his sexuality.

When asked by The Guardian what he thinks about actors who play parts that don’t match their sexualities in real life, Richard replied, “We have to focus more on diversity and having everyone represented, but I’m also a firm believer in the best actor for the part.”

He’s repeatedly shut down questions about his private life or any speculation about being straight or gay. When interviewed by The New York Times, he simply said, “I just keep my personal life personal. I’ve never talked about my relationships.”

Who Has Richard Madden Dated?

Richard Madden began dating Doctor Who actress Jenna Coleman around the same time he was cast in Game of Thrones. However, they broke up around 2015, allegedly because he was said to have gotten a little too cozy with Lily James, his co-star in Cinderella. Though they tried to make it work around August 2015, their efforts to reconcile fell flat.

Richard was briefly linked to English model Suki Waterhouse and Irish model Laura Whitmore in 2016. These romances quickly fizzled out. He then started dating Love Island host Caroline Flack. Laura was friends with Caroline, and this budding relationship was rumored to have caused a fight between them. 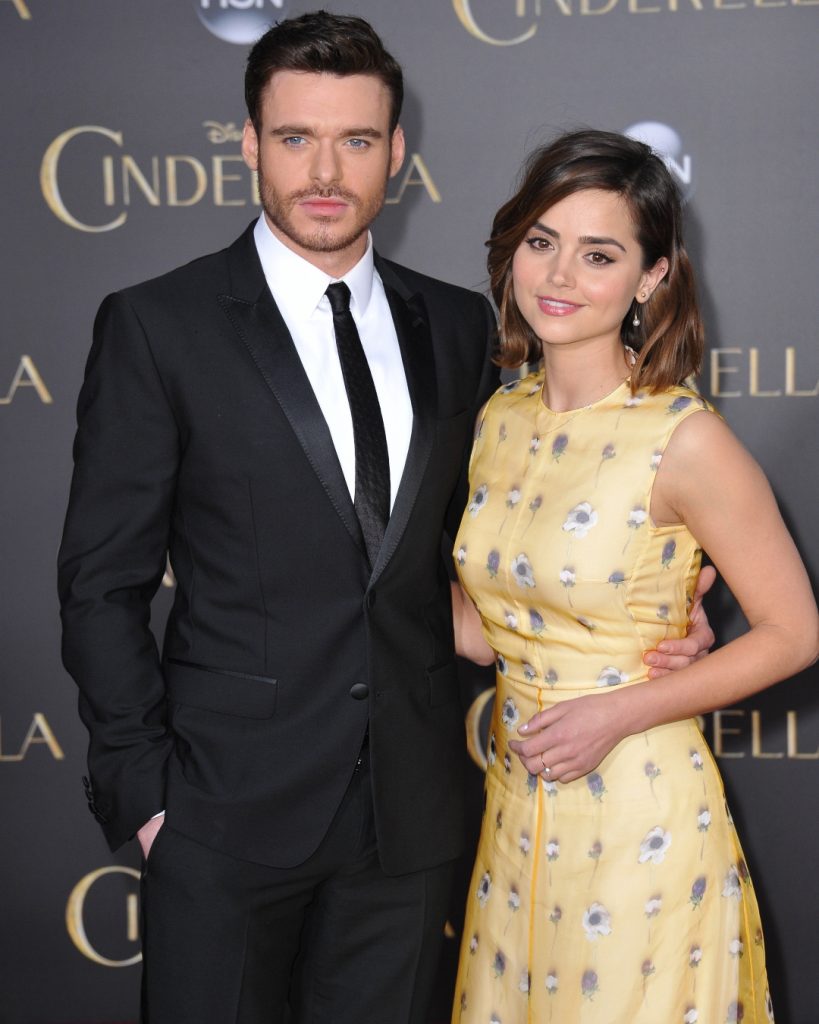 An unknown source informed Female First more about the tension between the two women: “Caz and Laura had a big bust-up and they’re not talking right now. Basically, Laura thinks Caroline broke the girl code and Caroline didn’t even tell her about Richard — Laura found out through mutual friends. When she saw on social media they were hanging out, Laura was really upset.”

Richard was then linked to English actress Ellie Bamber in 2017. However, rumors of a split in 2019 were confirmed when he attended the Golden Globes solo. That night, he didn’t mention her in his speech accepting his award. A source informed The Sun, “They were arguing almost daily towards the end and, despite considering couples’ therapy, it became evident there were far too many issues that could not be fixed.”

The Scottish actor is currently single and hasn’t posted any photos with a new flame, leaving fans guessing if he’s seeing anyone right now.

Richard Madden is back on the market! The actor has reportedly split from his girlfriend, Ellie Bamber https://t.co/SZj16ORAfH pic.twitter.com/IY0d2lAfEj

He’s Been Linked To His Openly Gay Ex-Roommate

The hunky actor’s been linked to his former roommate, 13 Reasons Why actor Brandon Flynn. Brandon is openly gay and has talked about the struggles of coming out in several interviews. When people found out Richard and Brandon were roommates, rumors spread that maybe the two were more than just friends. Neither Richard nor Brandon ever confirmed this.

Sadly, the two roomies had a falling-out in 2019. A source shared to The Sun, “Brandon has made it clear he doesn’t want to see Richard because he asked the team at Versace not to invite him to a party they are having at the beginning of December.”

Richard Madden was also repeatedly sighted hanging out with Teen Wolf star Froy Gutierrez. Froy’s also been rumored to be gay, so it’s no surprise people believe Richard might be, too. 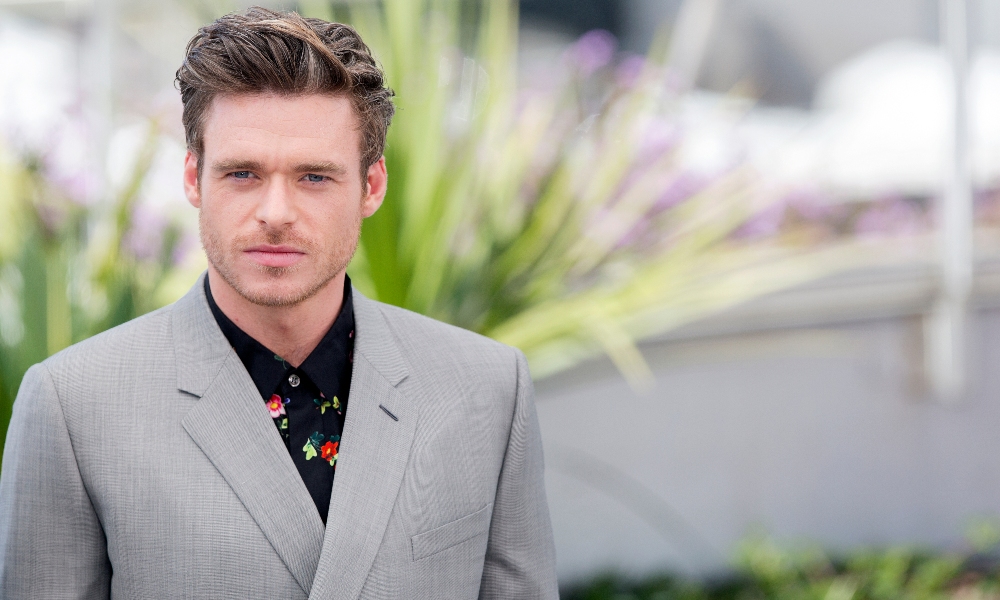 Richard Madden has been linked to both men and women over his years in the spotlight. He’s been very determined to keep his sexuality to himself. Until we hear him confirm it or deny it himself, we won’t conclude right away if he’s gay or straight.