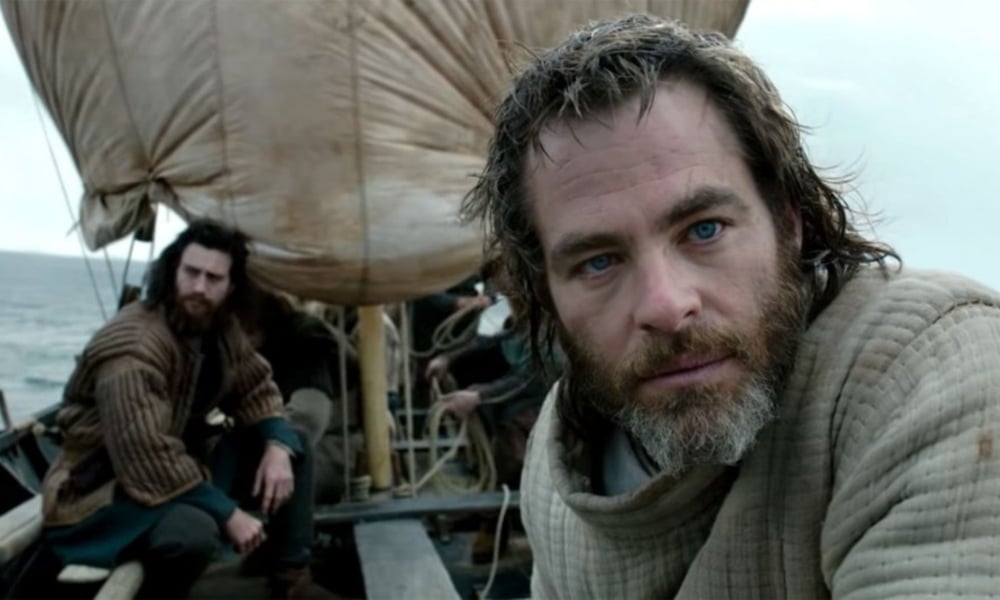 How to See Chris Pine’s Sword in ‘Outlaw King’

Chris Pine is now streaming on Netflix in all his glory.

Although there were many spectacular performances at this year’s Toronto Film Festival, it was Chris Pine that stole the headlines. If you need a refresher on why his new film, Outlaw King, generated so much buzz click here.

To be honest, the film is a bit slow. The official synopsis of the Netflix flick reads:

“The untold, true story of Robert The Bruce who transformed from a defeated nobleman to reluctant King, to outlaw hero over the course of an extraordinary year. Forced into battle in order to save his family, his people and his country from the oppressive English occupation of medieval Scotland, Robert seizes the Scottish crown and rallies a ragtag group of men to face off against the wrath of the world’s strongest army lead by the ferocious King Edward 1 and his volatile son, the Prince of Wales.”

For obvious reasons, Outlaw King has viewers flocking to stream the film. If you just don’t have the time to watch the entire movie to catch a glimpse of Pine’s peen, we’re here to help.

Before the Outlaw King serves you the D, it offers a bunch of bush and butt, which has fans pausing for a peek. For those who plan to watch the whole film, the first flash of Pine’s wild-willy-whiskers happens about a third of the way through the movie. In the scene, Robert and his men wait in the woods preparing for a big battle.

When Pine is in a tent with his wife (Florence Pugh), keep your eyes focused on the bottom of the frame. The moment you need to be ready for comes when Pine takes off his trousers; his unmowed lawn makes its debut. Seconds later, his plump rump makes an appearance.

If you just came for Pine’s twig and berries, fast-forward to 45:31.

Now that you have seen Pine’s short and curlies, it’s time to travel a few inches south. Fair warning: to see the D, you’re going to sit through a lot more movie. Like, a Braveheart amount of film.

When Robert takes a dip in an extremely cold Scottish firth, wake up and get ready. It’s coming, and it’s coming fast. This is the moment you’ve been waiting for. Focus your eyes on the center of the frame; Pine surfaces from the water in his birthday suit and for a whole 12 frames, his todger dangles for all to see. For reference, 12 frames are equivalent to roughly a half a second so whatever you do don’t blink.

How to See Chris Pine’s Sword in ‘Outlaw King’