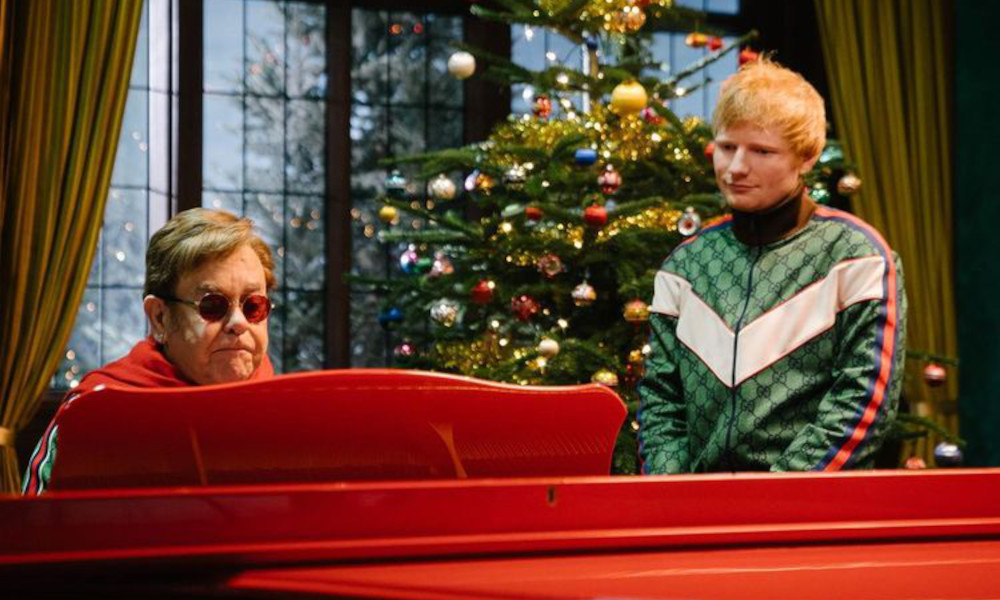 Elton John and Ed Sheeran are planning to spread some holiday cheer this year.

On Monday, Elton John and Ed Sheeran announced their upcoming Christmas single, “Merry Christmas,” will come out on Friday, December 3.

The two announced the single’s forthcoming release with an adorable Love Actually-themed social media video. In it, Sheeran takes inspiration from the Love Actually scene where Andrew Lincoln’s character professes his love for Keira Knightley’s character using cue cards at her door.

Just under a year ago, I called @edsheeran to see if he wanted to make a Christmas single with me and now it’s nearly here!

‘Merry Christmas’ will be out Fri 3 Dec with all proceeds from this year’s Christmas period going to the Ed Sheeran Suffolk Music Foundation & @ejaf🎄☃️🎄 pic.twitter.com/rUJyvNFs2K

The cards read: “Hello. Last Christmas I received a call from my mate Elton John and he told me we should do a ‘Christmas Song.’ And I replied ‘Yeah. Maybe in 2022.’ But I actually wrote the chorus that day and here we are. Our Christmas song ‘Merry Christmas’ is out this Friday. Go pre-order or pre-save it now. It has sleigh bells. A lot of them….”

John took to Twitter to say, “all proceeds from this year’s Christmas period are going to the Ed Sheeran Suffolk Music Foundation & [the Elton John Aids Foundation].” Sheeran’s foundation helps young musicians in his hometown, Suffolk. Meanwhile, John started his organization in the 90s to help raise money during the AIDS epidemic.