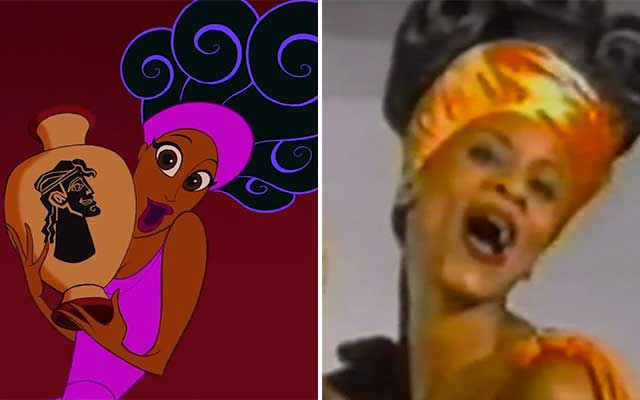 Hercules, the world’s original heartthrob and Disney’s hunkiest classic will make you sing with this viral video.

When an animated movie is being made, often the production team will utilize models to bring the storyboard to life, allowing animators to create characters based the bodies and expressions of real individuals.

Not often do we get to see how a scene was brought to life, but as we head toward the 20th anniversary of the film’s release, one fan put together a behind-the-scene comparison of the films animated sequence and the real-life muses who made it possible. Thank the gods Oh My Disney posted this video to their Facebook page.

Released in 1997, Hercules has since made nearly 300 million dollars worldwide and is one of Disney’s most recognizable movies. What do you think — are you a die-hard Disney Fan? What song you’d like to see brought to life?