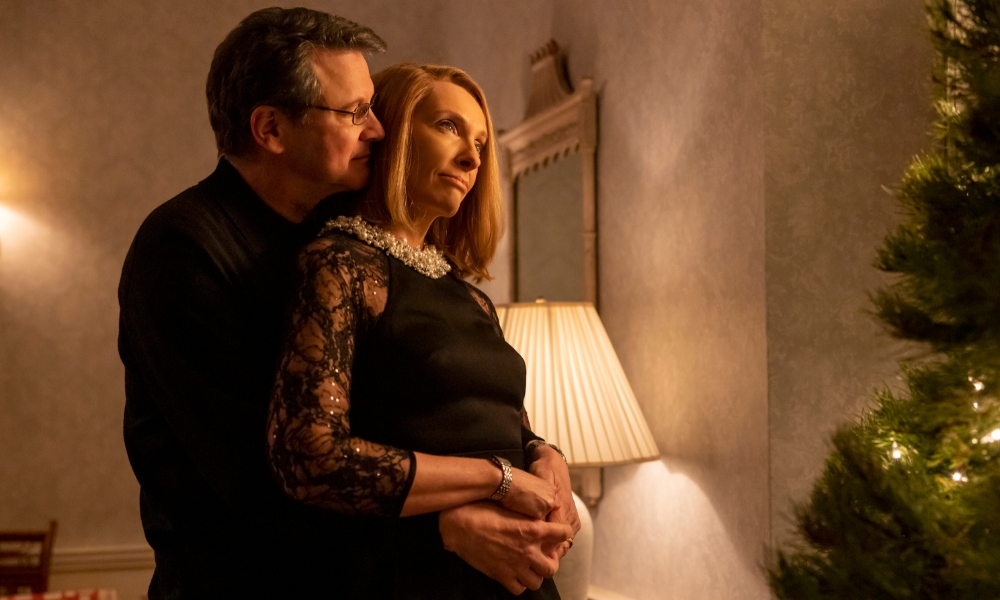 HBO’s newest series, The Staircase, is a queer murder mystery based on actual events you won’t want to miss.

Let us set the scene — it’s 2001 when Michael Peterson has just discovered his wife, Kathleen Peterson, deceased at the bottom of a very steep staircase, surrounded by a pool of blood.

Peterson then calls the police for help and details a night of poolside cocktails with Mrs. Peterson before finding her unconscious hours later. Was this an accident? Did she stumble down the stairs?

Not according to medical examiners.

After reviewing Peterson’s hypothetical account of events, prosecutors revealed Mrs. Peterson had suffered multiple blunt force strikes to the head, inconsistent with her husband’s testimony. This revelation is when things start taking a turn.

Although there was no murder weapon and conflicting evidence, doting father and “loving” husband Michael Peterson is put on trial for the murder of his beautiful wife, Kathleen Peterson, after her untimely death.

During their investigation, prosecutors found evidence that Peterson had taken countless same-sex lovers during his marriage and used this discovery to characterize him as untrustworthy. Remember, without a murder weapon; they will have to prove some serious intent.

So, did Kathleen find out and Peterson’s extracurricular affairs and threaten to out him? Apparently, Kathleen was very progressive for her time because she reportedly knew.

During the trial, Peterson claimed this argument was invalid as his now-deceased wife was aware of his bisexuality, and although he was adamant, this narrative caused jurors to question Peterson and his loyalty to his wife.

Remember, the early 2000s were not a progressive time — sexual fluidity wouldn’t become a topic of conversation for nearly two decades.

This is where we will stop because the story has so many twists and turns it’s truly unbelievable.

The circumstances of this murder and the trial have been subject to countless documentaries, but now HBO Max is releasing the first film based on the actual events with a star-studded cast. Colin Firth leads the cast as Michael Peterson, and Toni Collette will take the role of Kathleen Peterson. Other stars, including Sophie Turner, Dane DeHaan, Parker Posey, and Patrick Schwarzenegger, will also appear.

Our suggestion, wait to watch The Staircase when it premieres exclusively on HBO Max on May 5.

Then go back and binge Netflix’s eponymous docu-series.