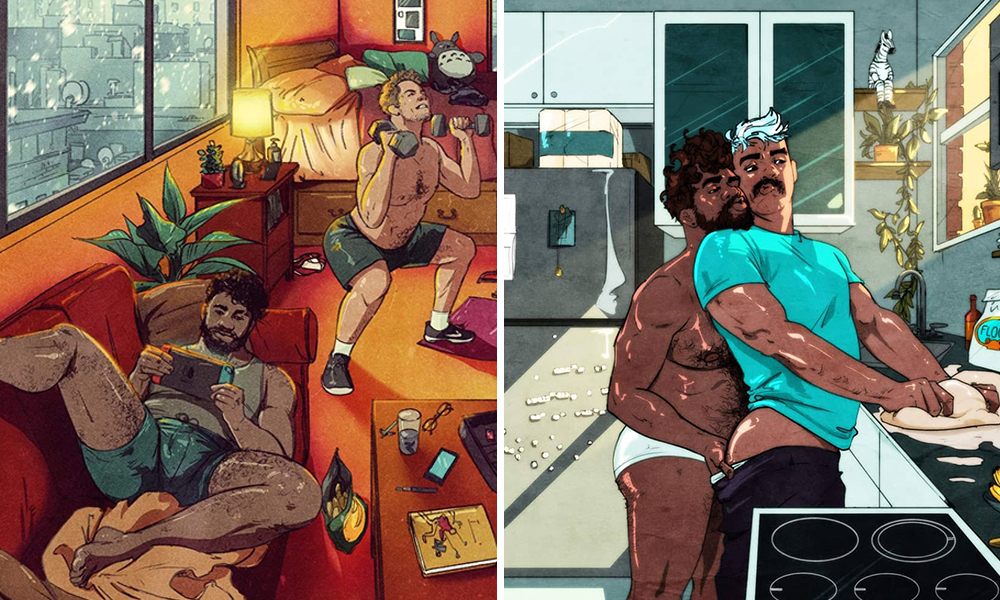 “It’s a reminder that queer people are just…normal people”

What began as a stream of consciousness turned artwork for Zach Brunner became a social media phenomenon. If you’ve been on gay Twitter it’s likely you’ve happened upon one or two of his gorgeous illustrations depicting gay homelife. Recently Brunner spoke to Out about his artwork where he talked about what inspired him to create these gorgeous illustrations.

“I began the series with my Quarantine Isolation drawing,” said Brunner. “Focusing on the depression of isolation almost everyone was experiencing at the start of the lockdowns”. Brunner supposes that this could be why the series is so popular. “People related to it way more than I anticipated”. The popularity of the art and the catharsis that illustrating these brought encouraged Brunner to keep going.

“I really enjoyed drawing that scene and decided to continue exploring a series, with the central theme being living our lives in lockdown while confined to these tiny spaces that hold our whole existence.”

Brunner explains that he hopes this series shows people that queer people are like anyone else. “I think it’s important to show these quiet little scenes,” said Brunner. “We don’t really see enough content of just normal queer people living their day-to-day lives”.

Whether they’re alone or with a partner, each image tells a unique story. New York serves as the backdrop for much of the series, and that is no accident. “New York City is such a strange place to live,” said Brunner. “There are so many people, with all our personal belongings, our feelings, our experiences, all crammed into these tiny apartments, each stacked on top of each other.”

Unsurprisingly, the series has started to transition from a quarantine series to everyday queer life. Now, as Brunner moves to LA, he anticipates that this will also impact the series in some way. We can’t wait to see where it takes him. 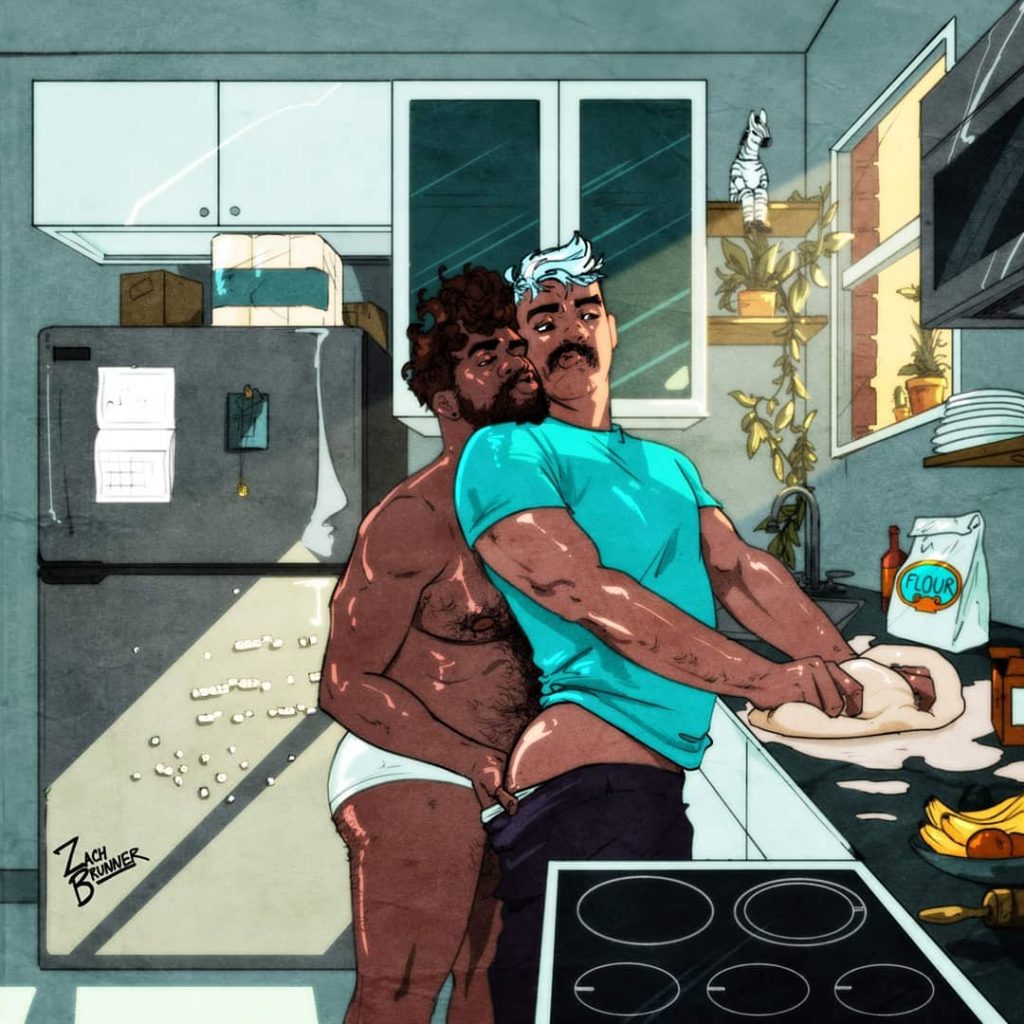 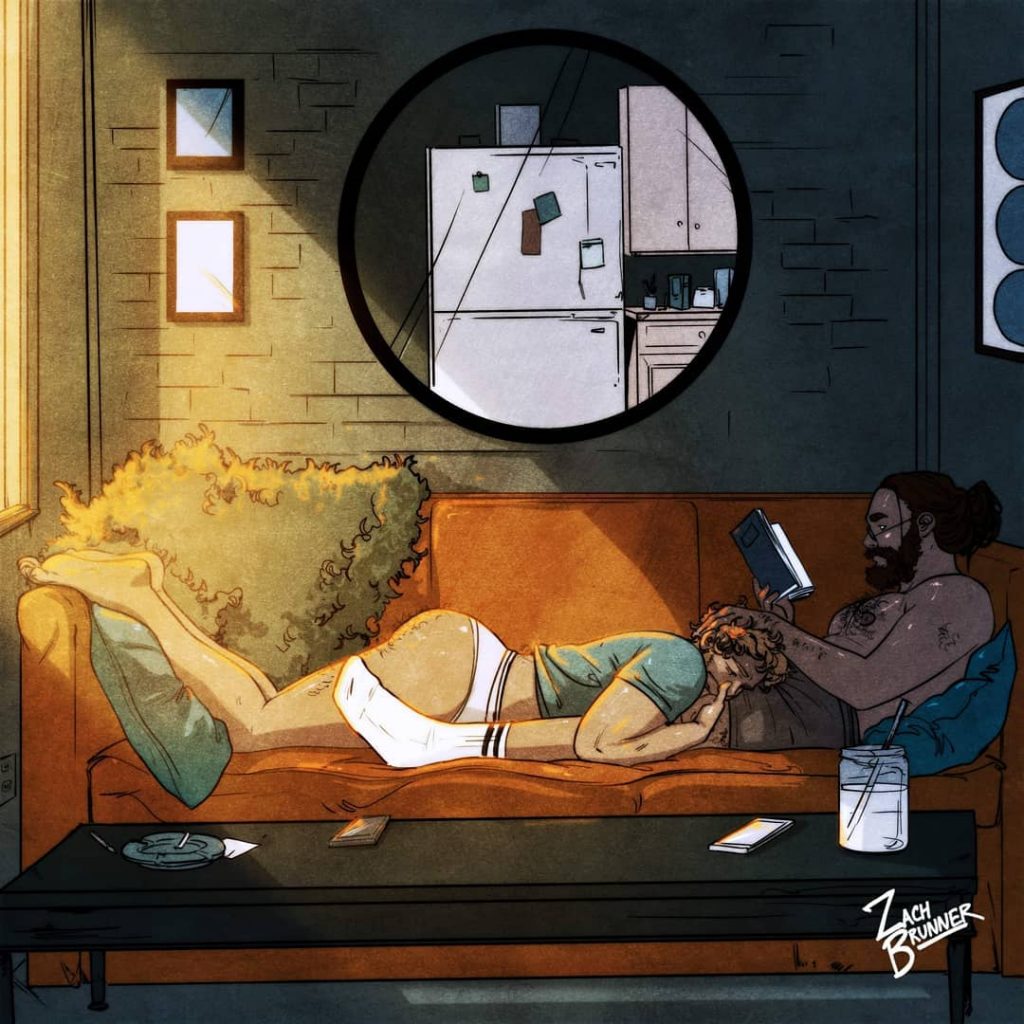 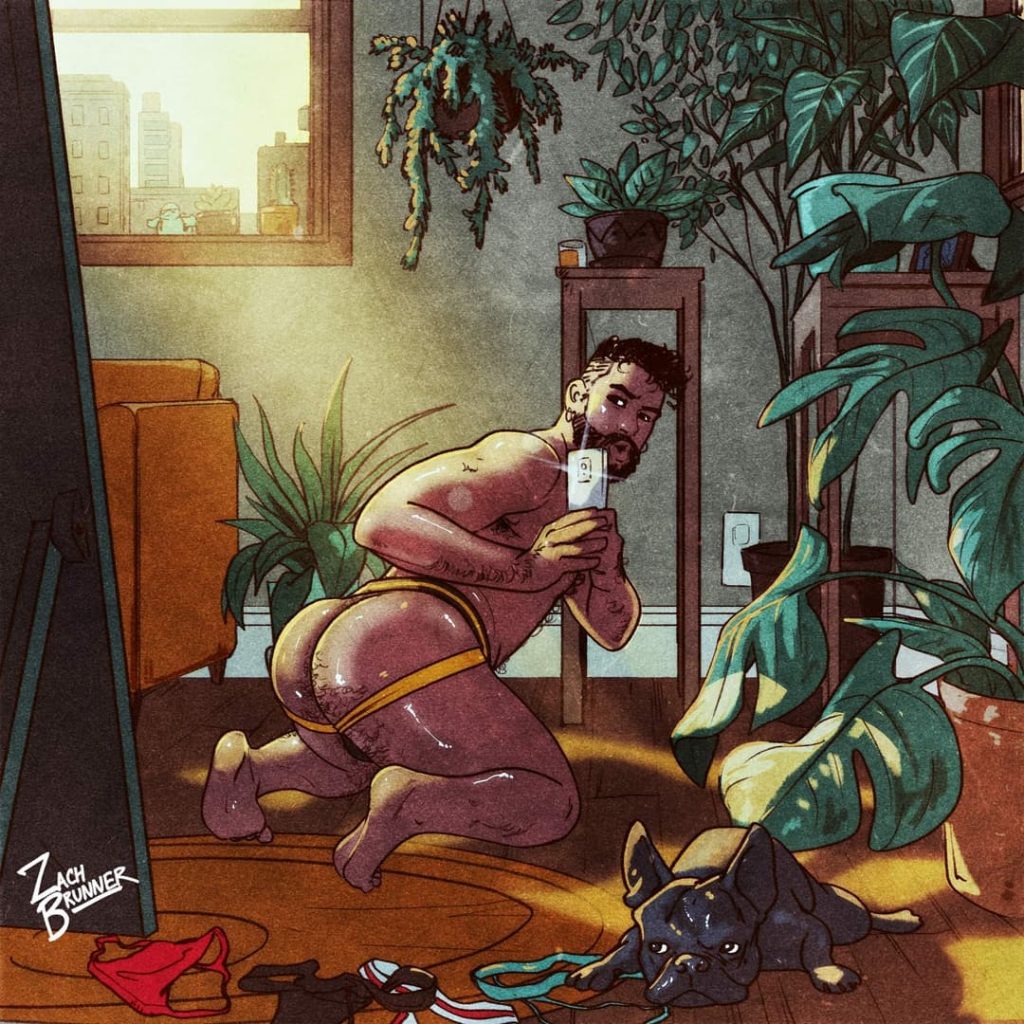 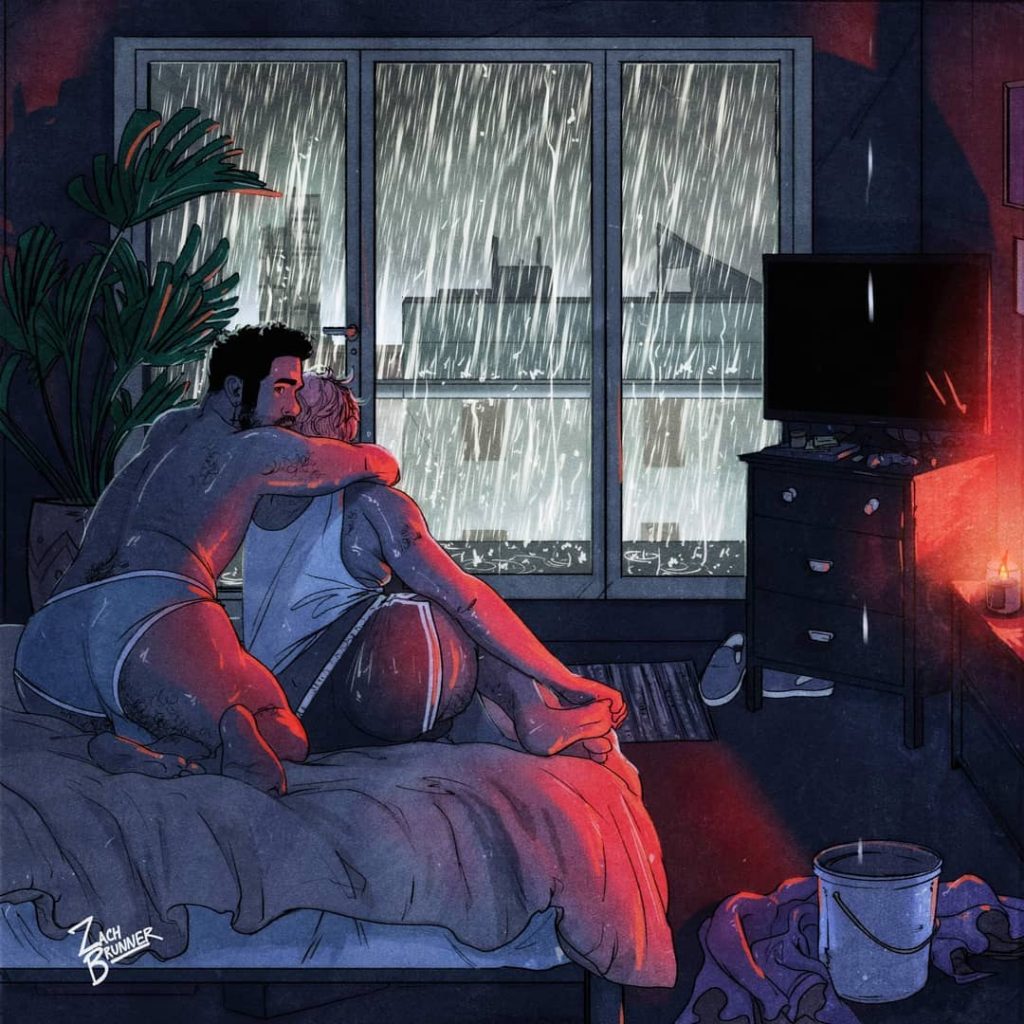 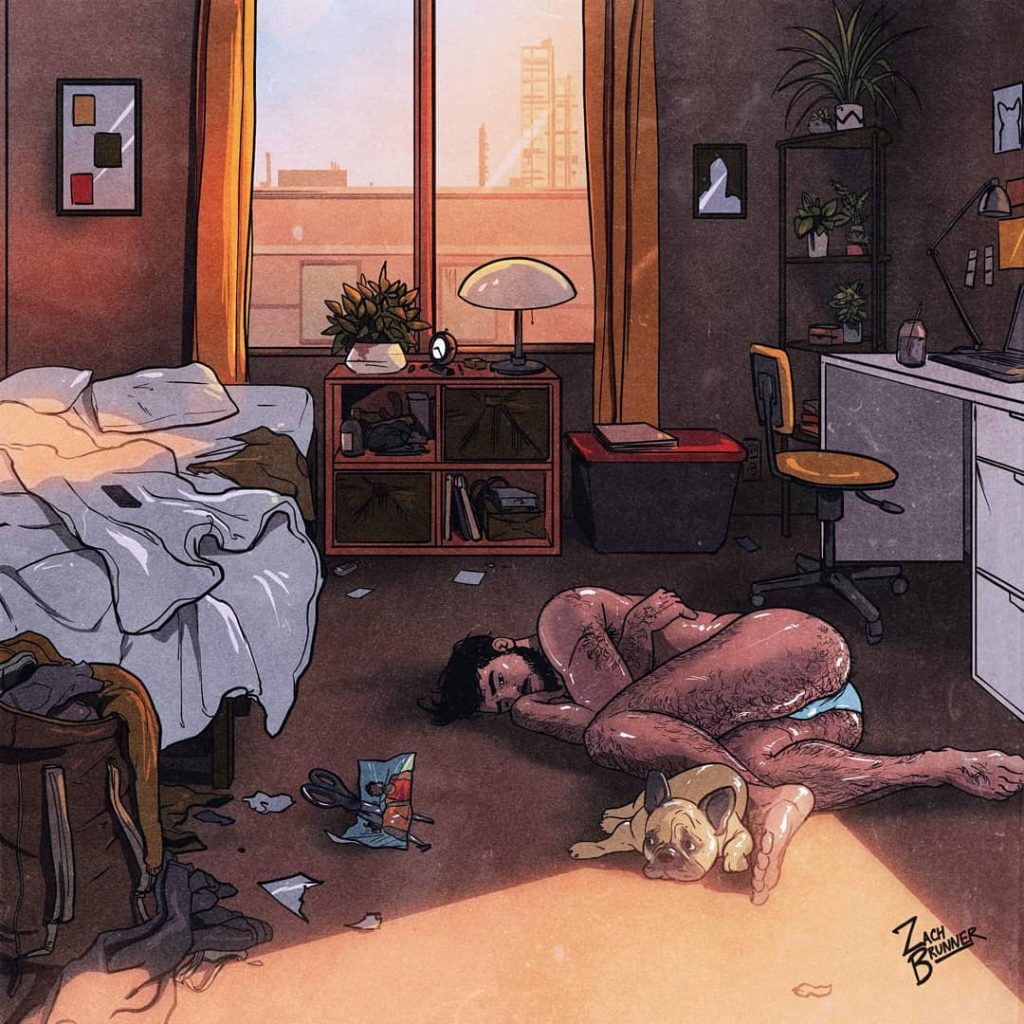 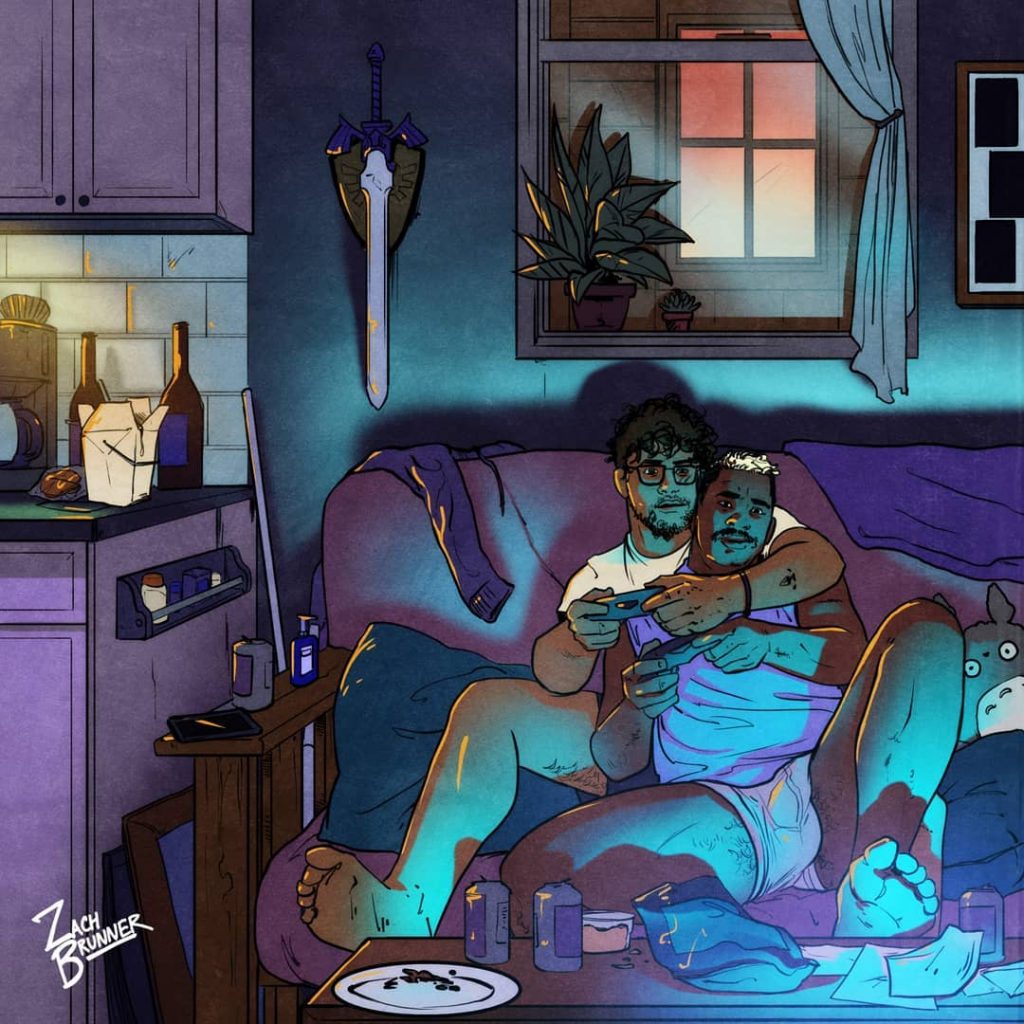 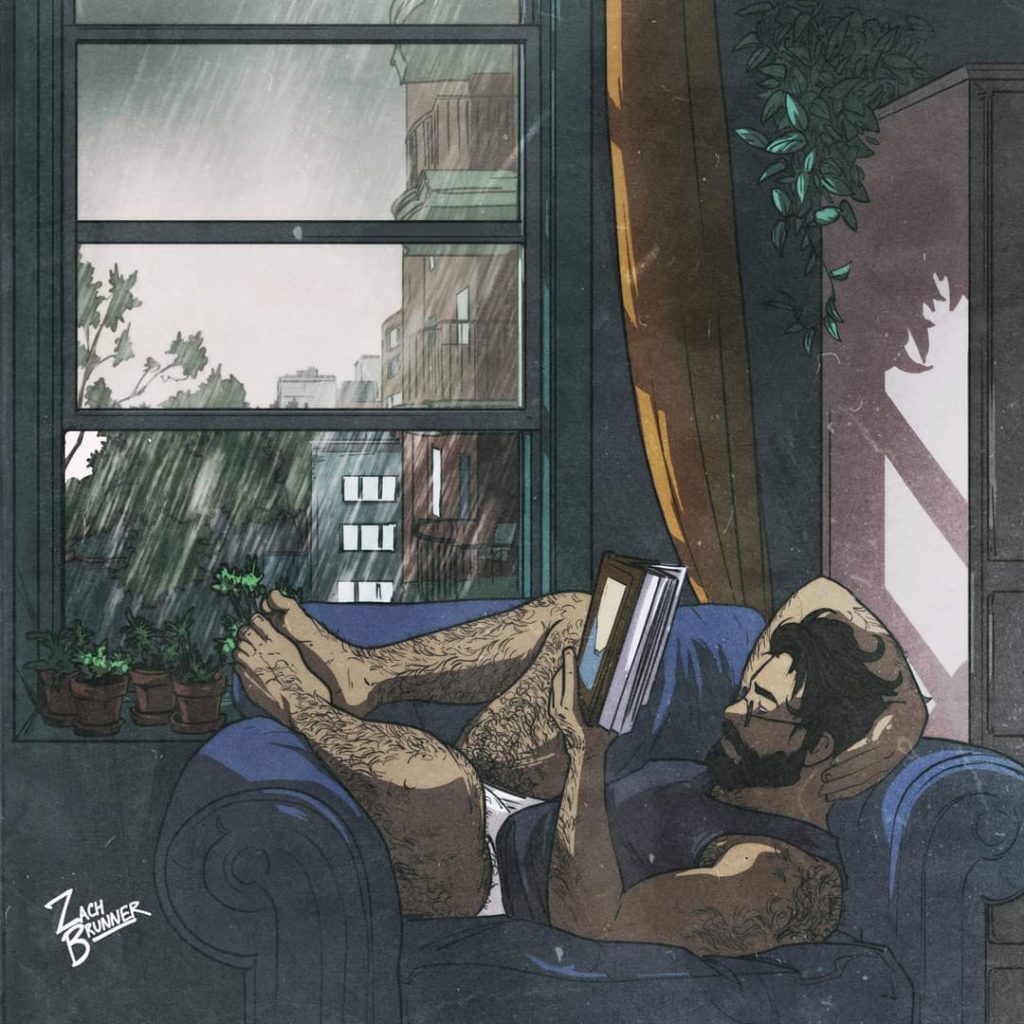 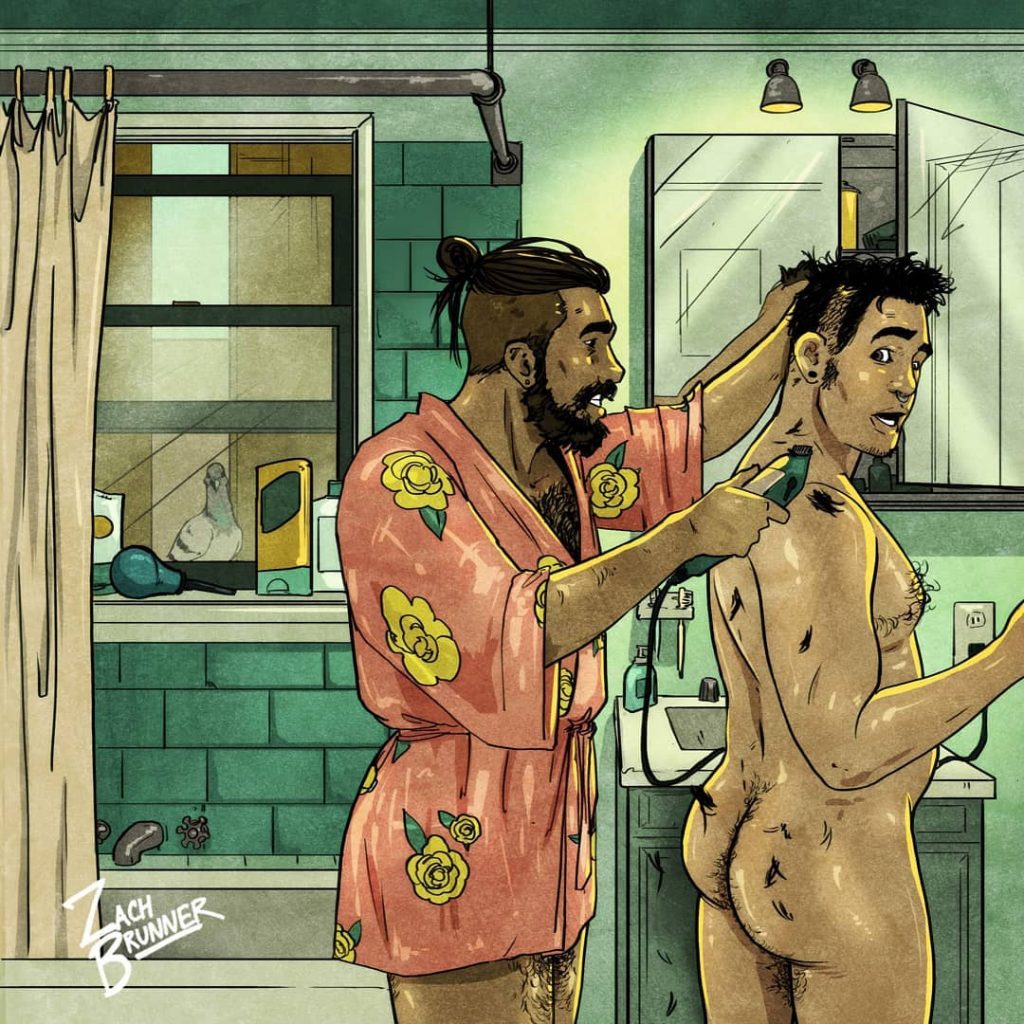 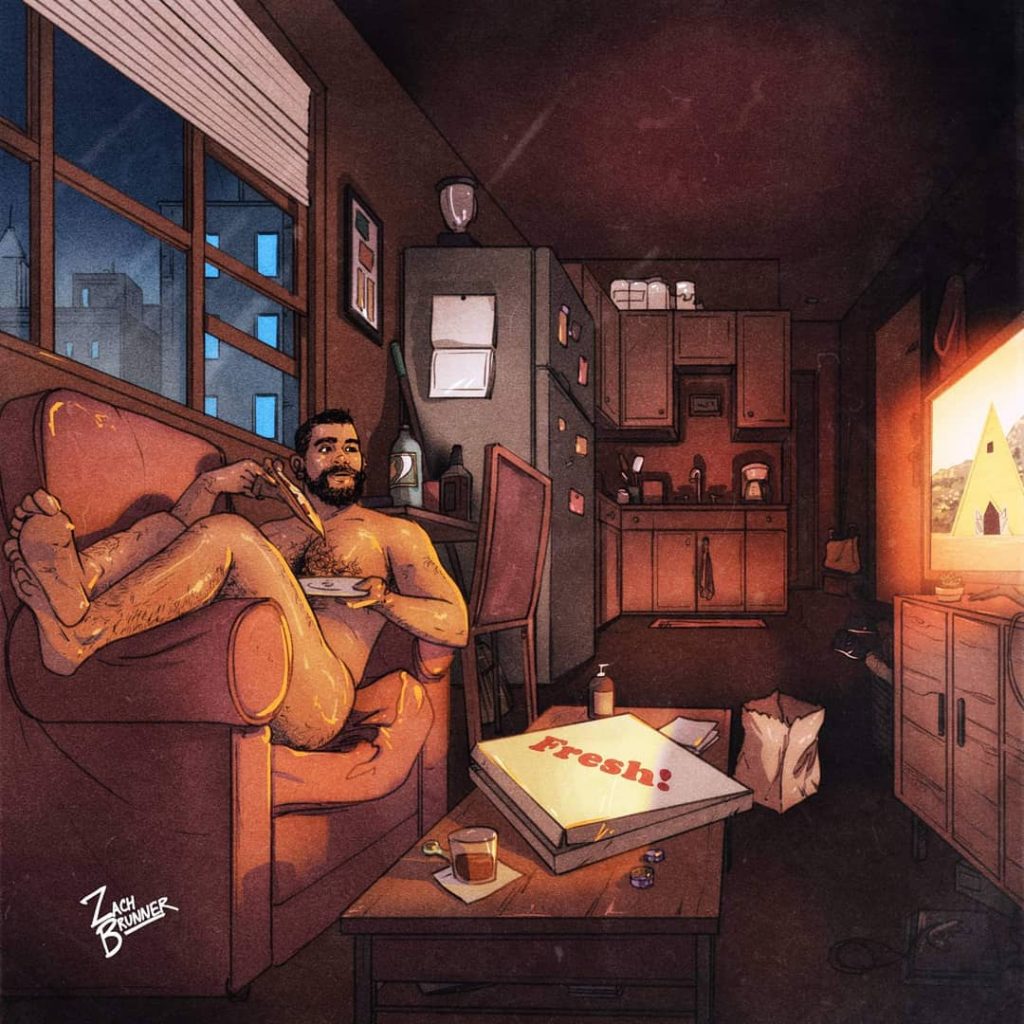 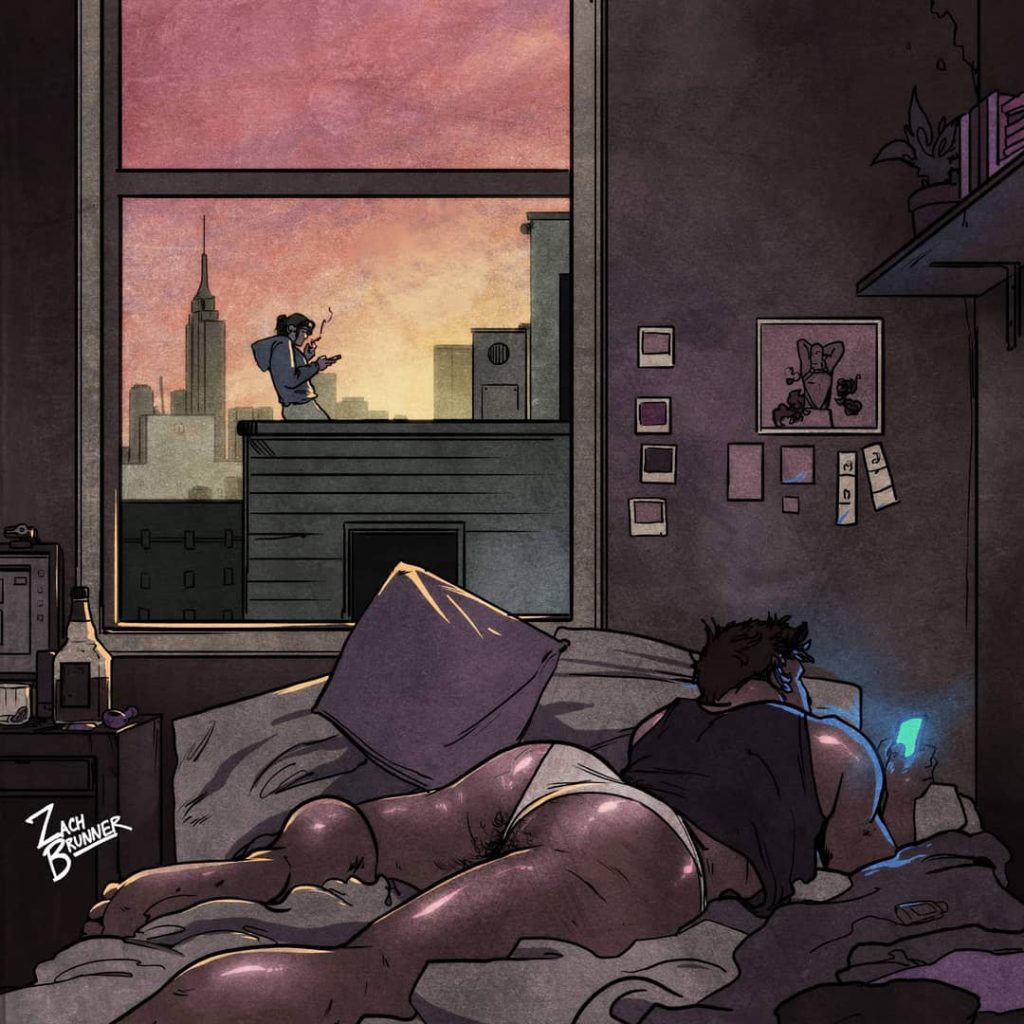 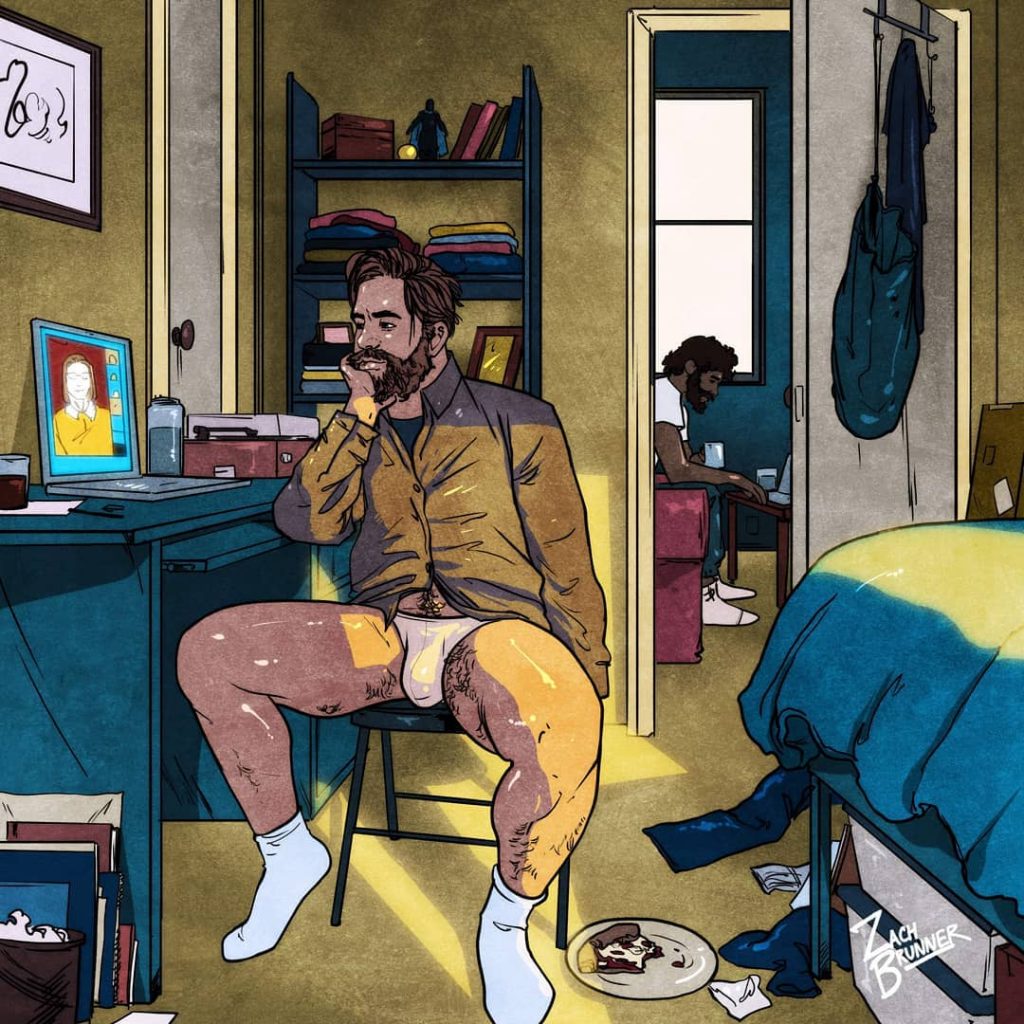 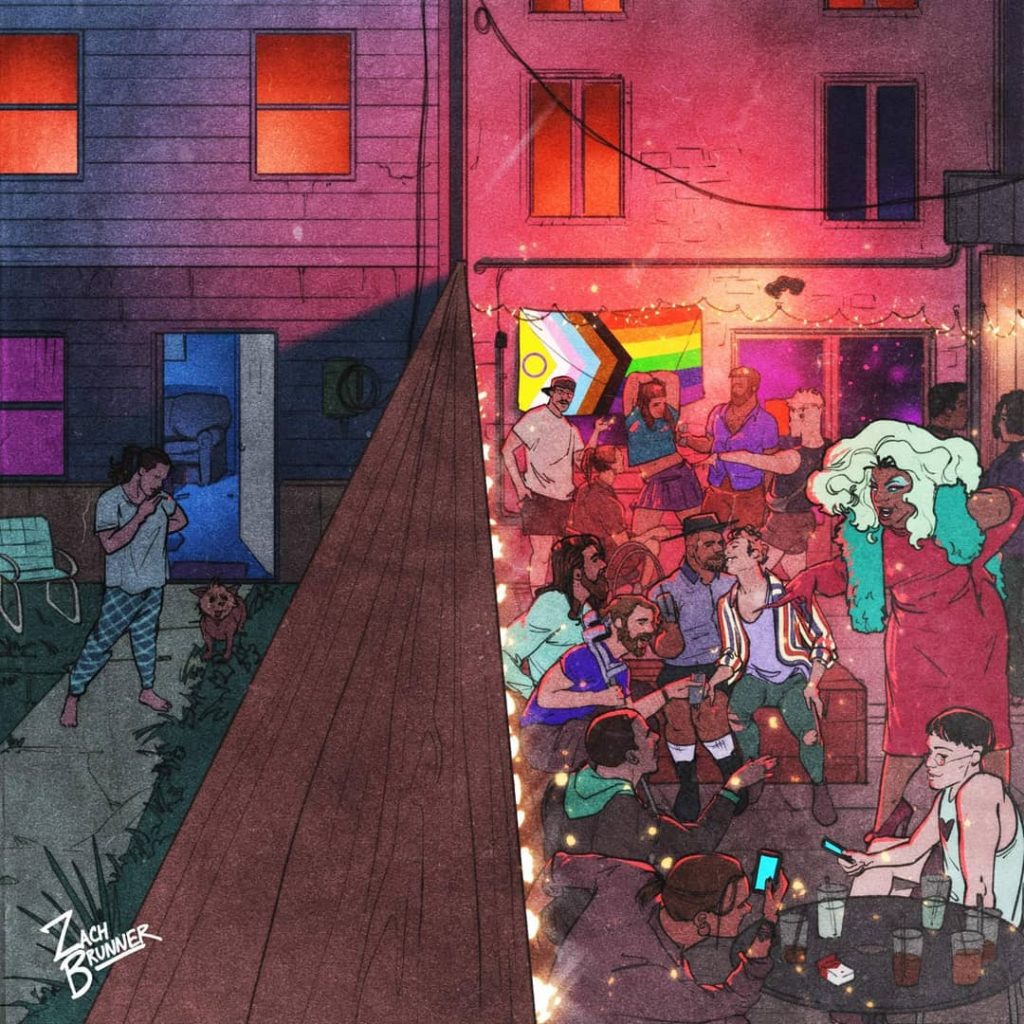 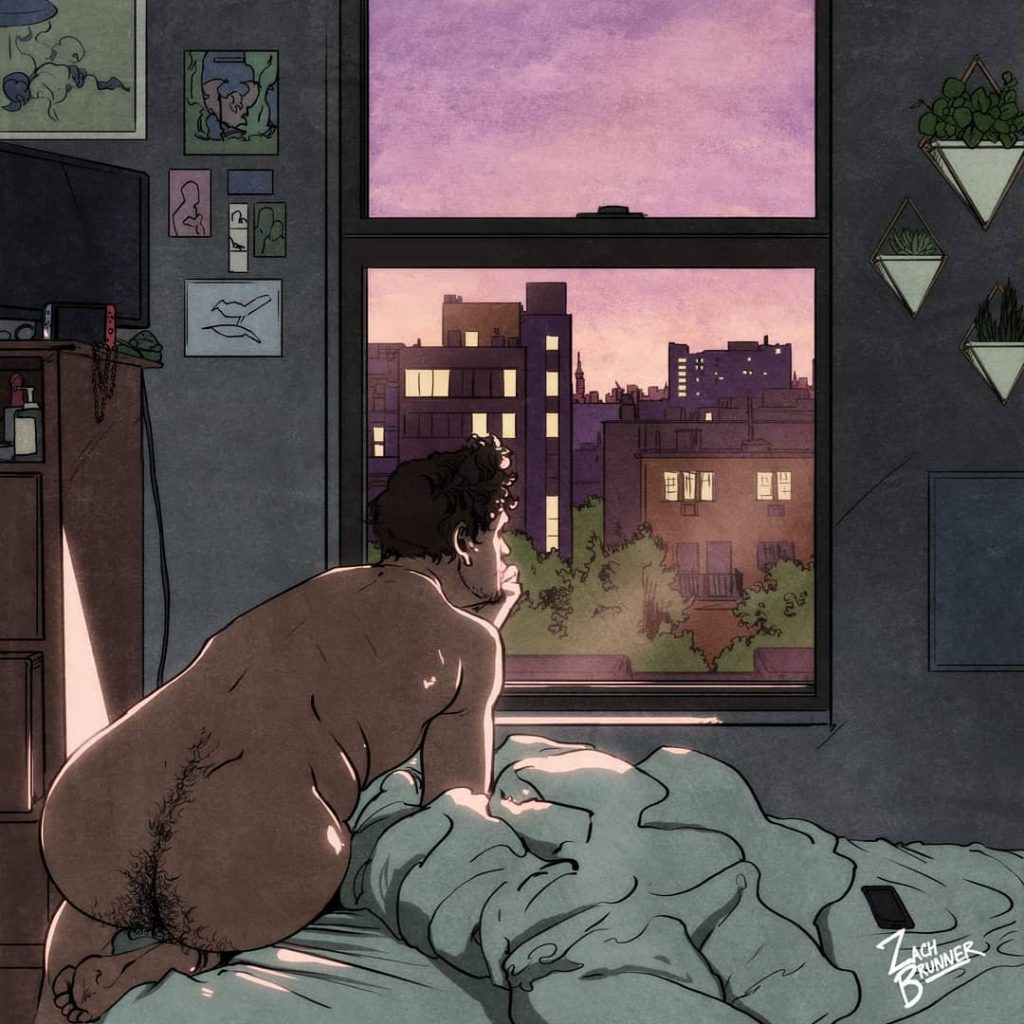 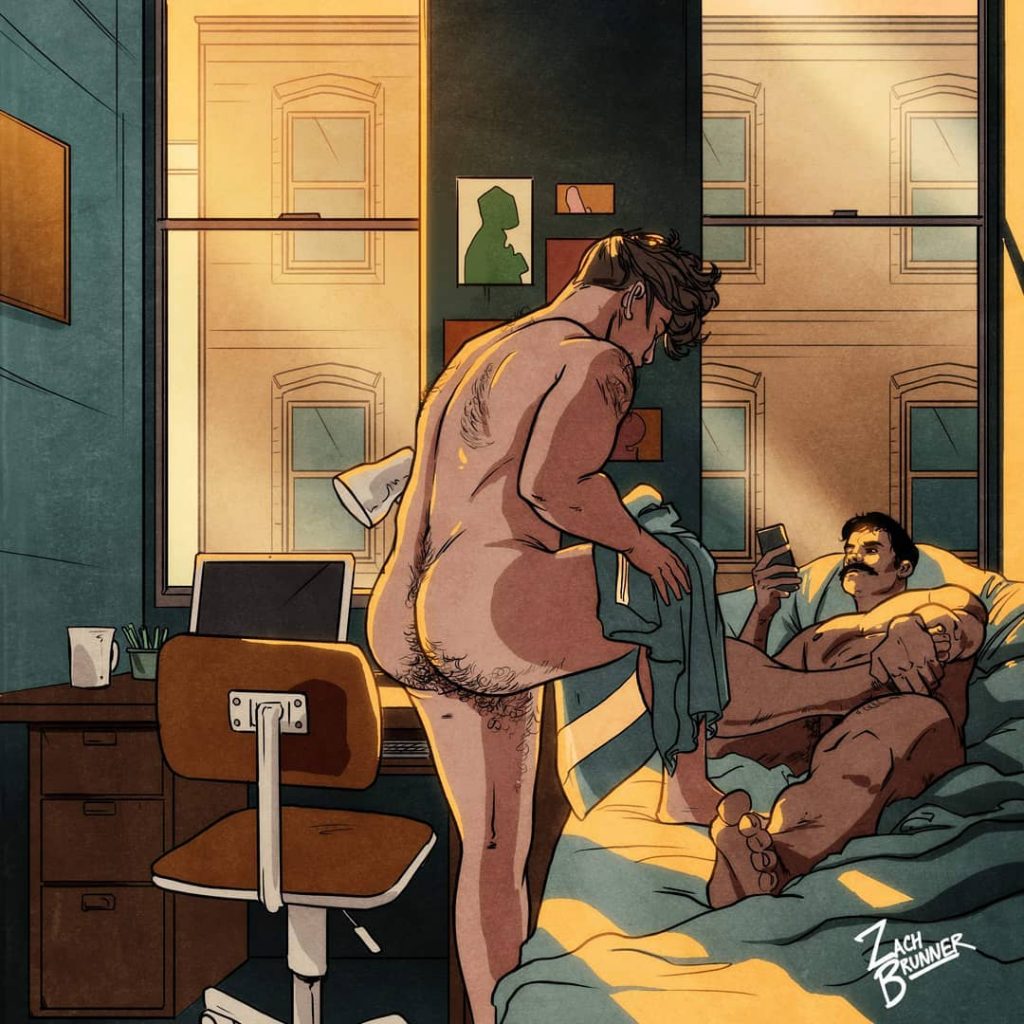 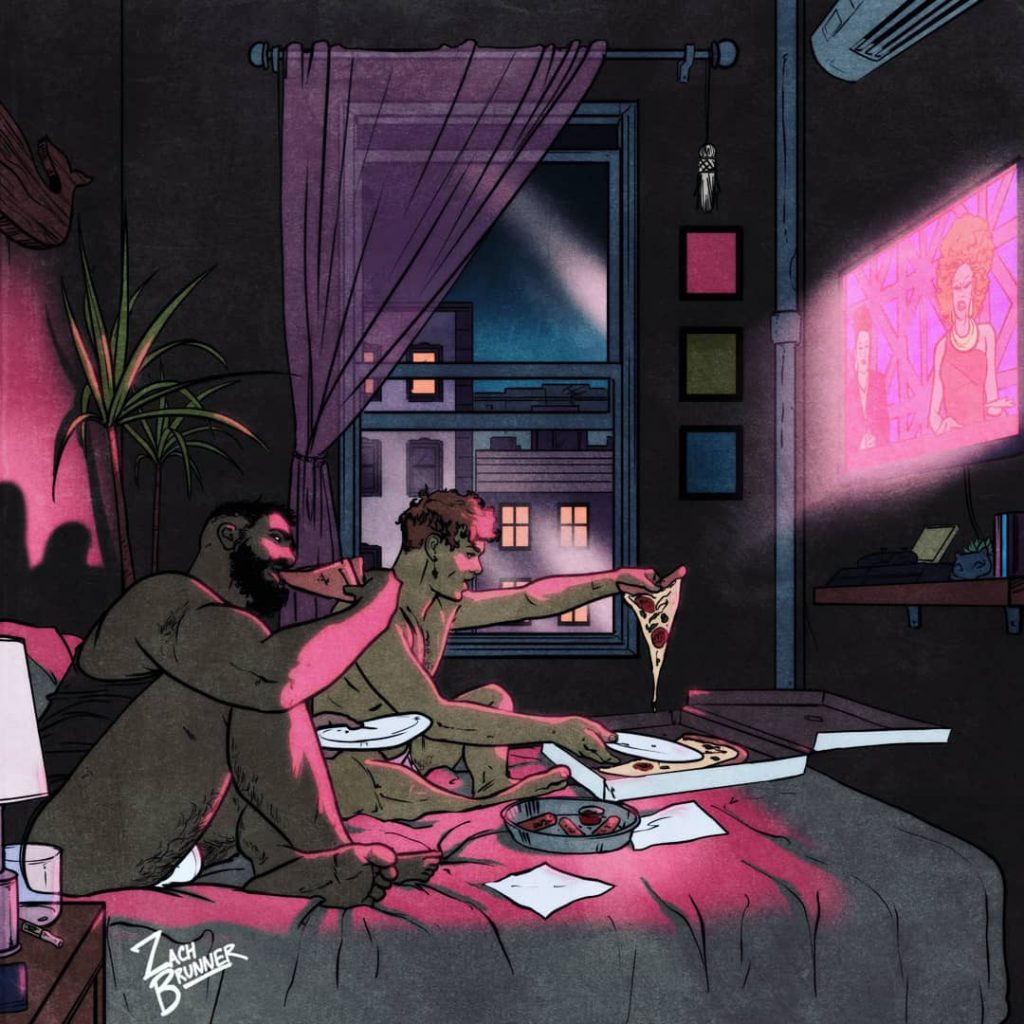 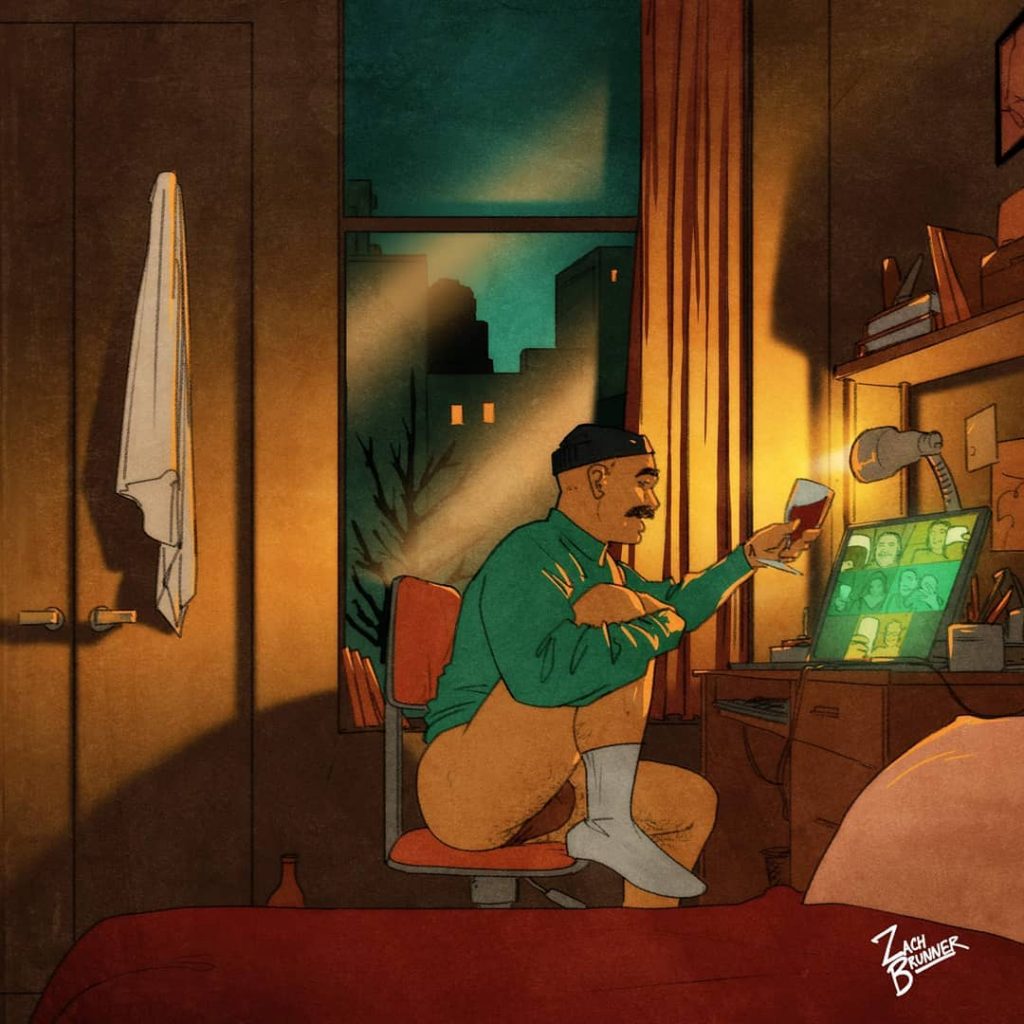 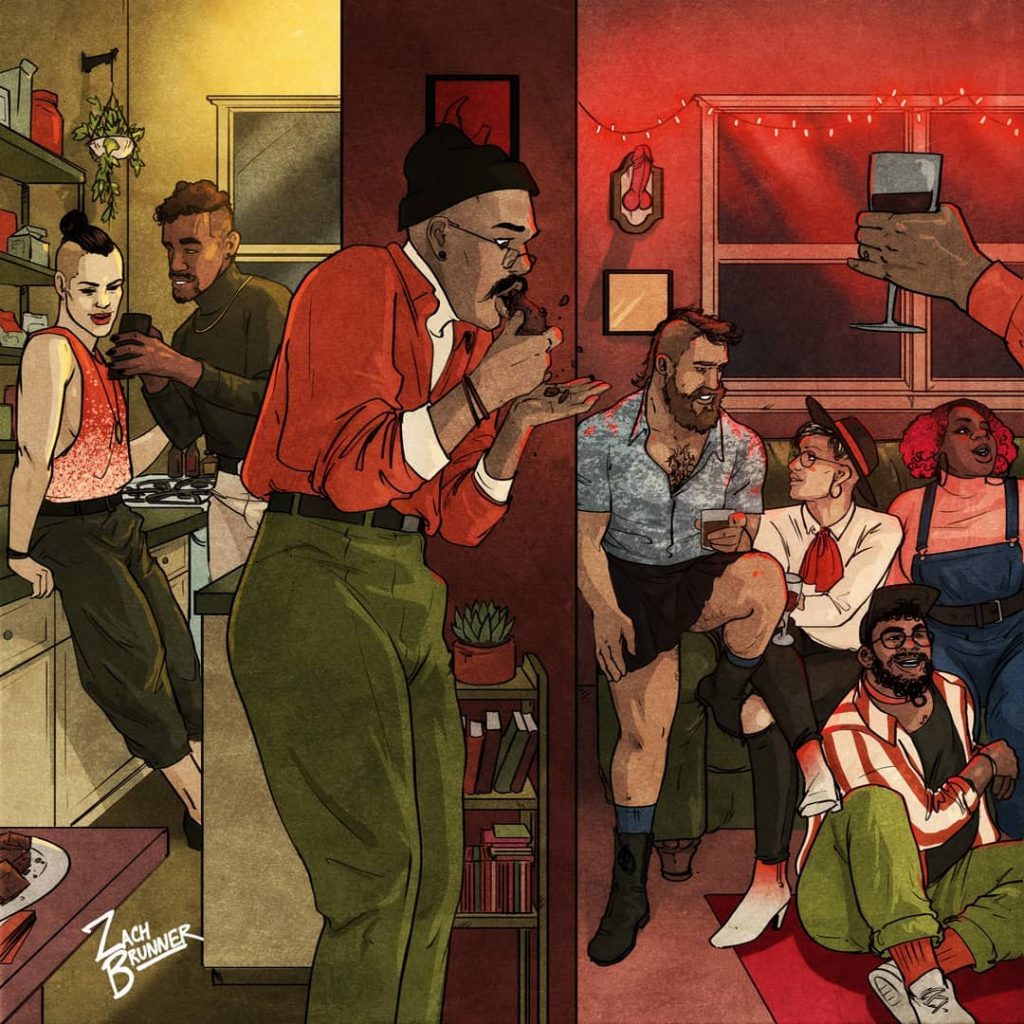 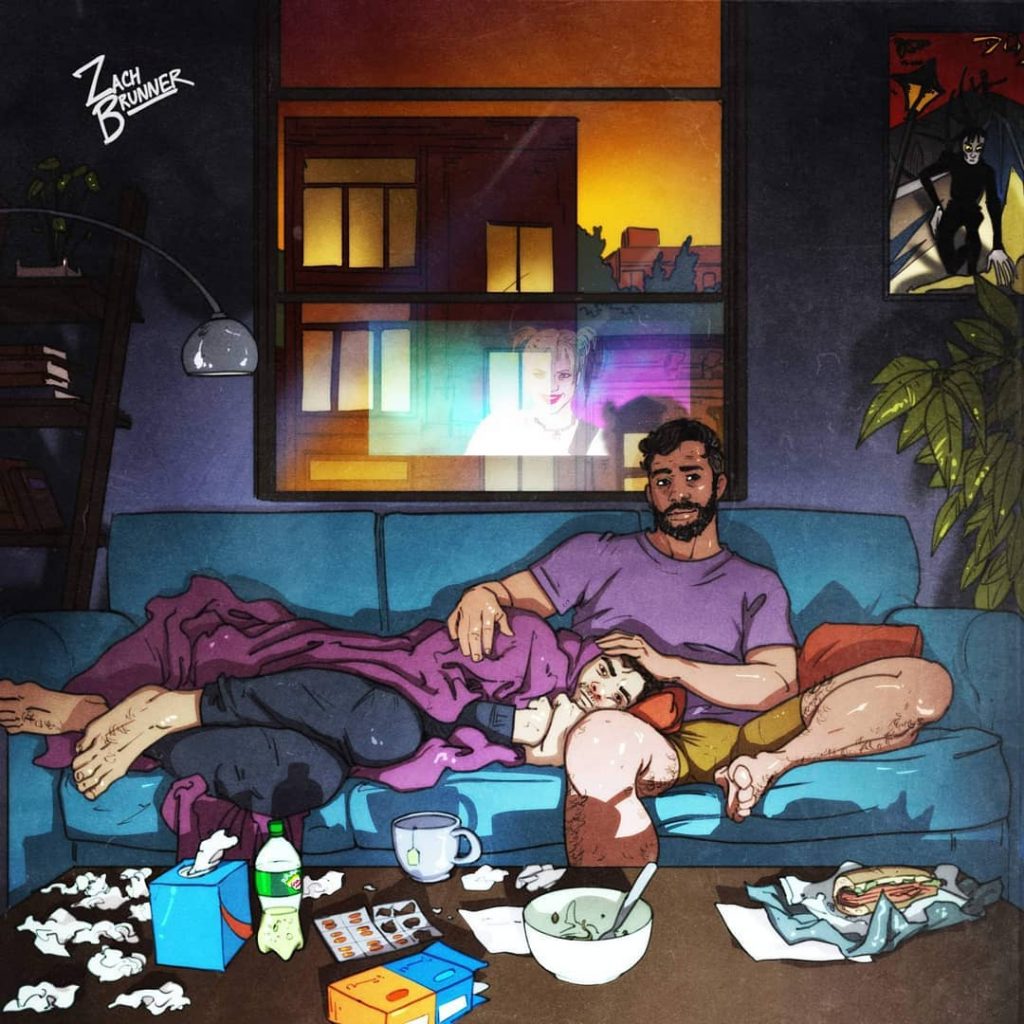 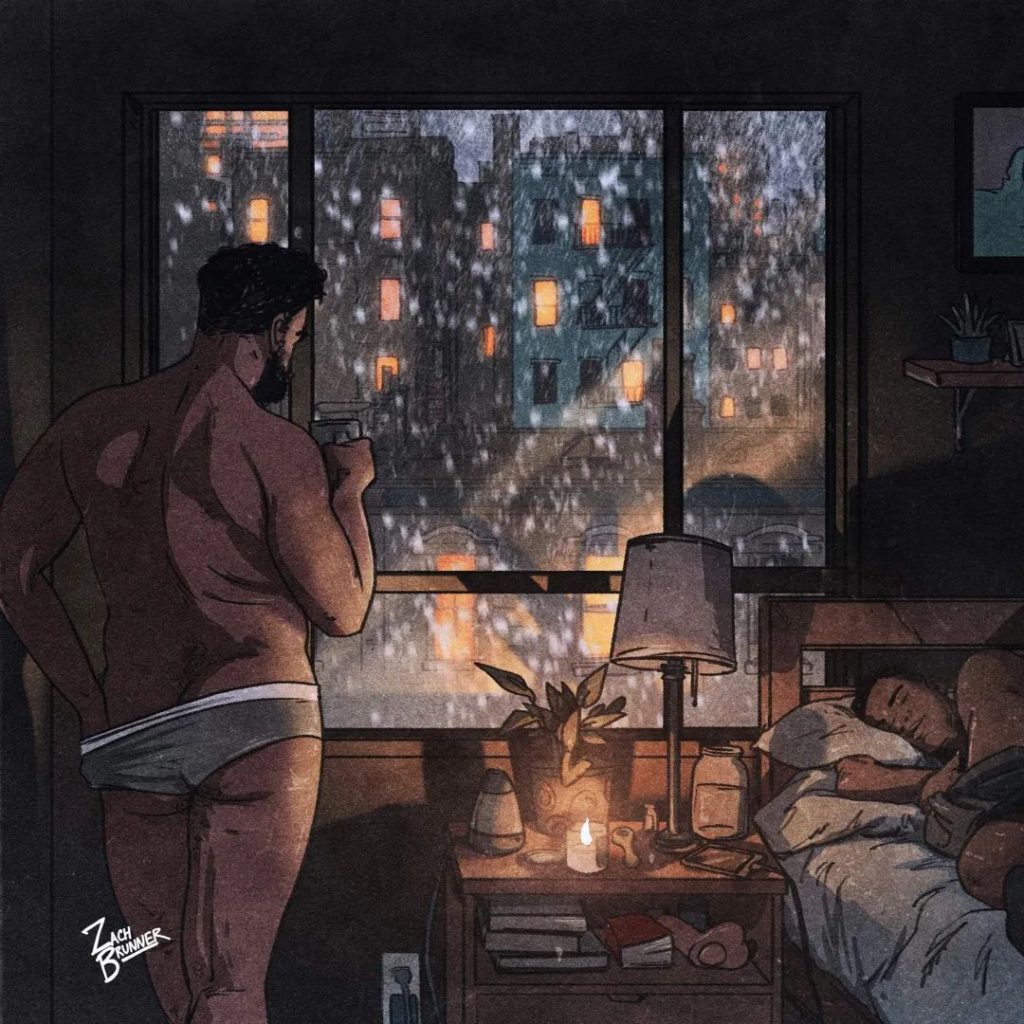 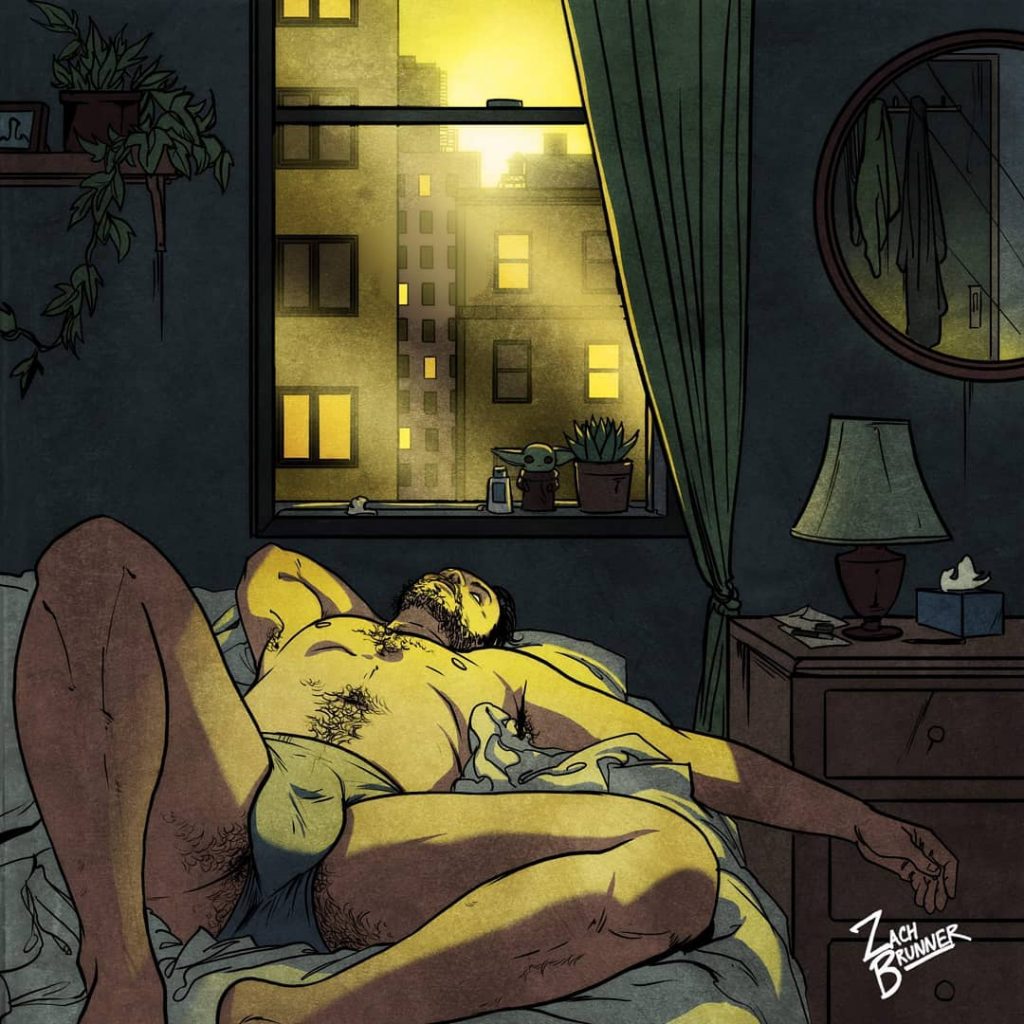 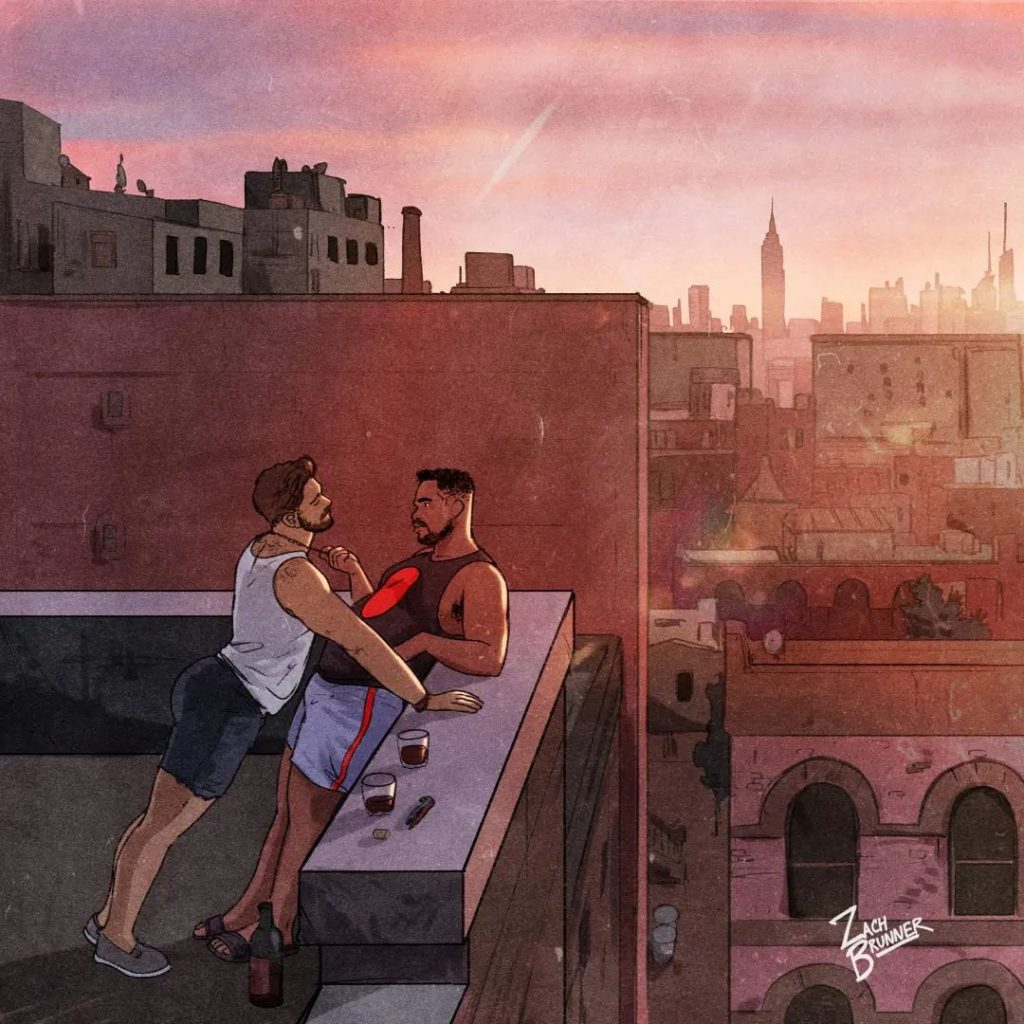 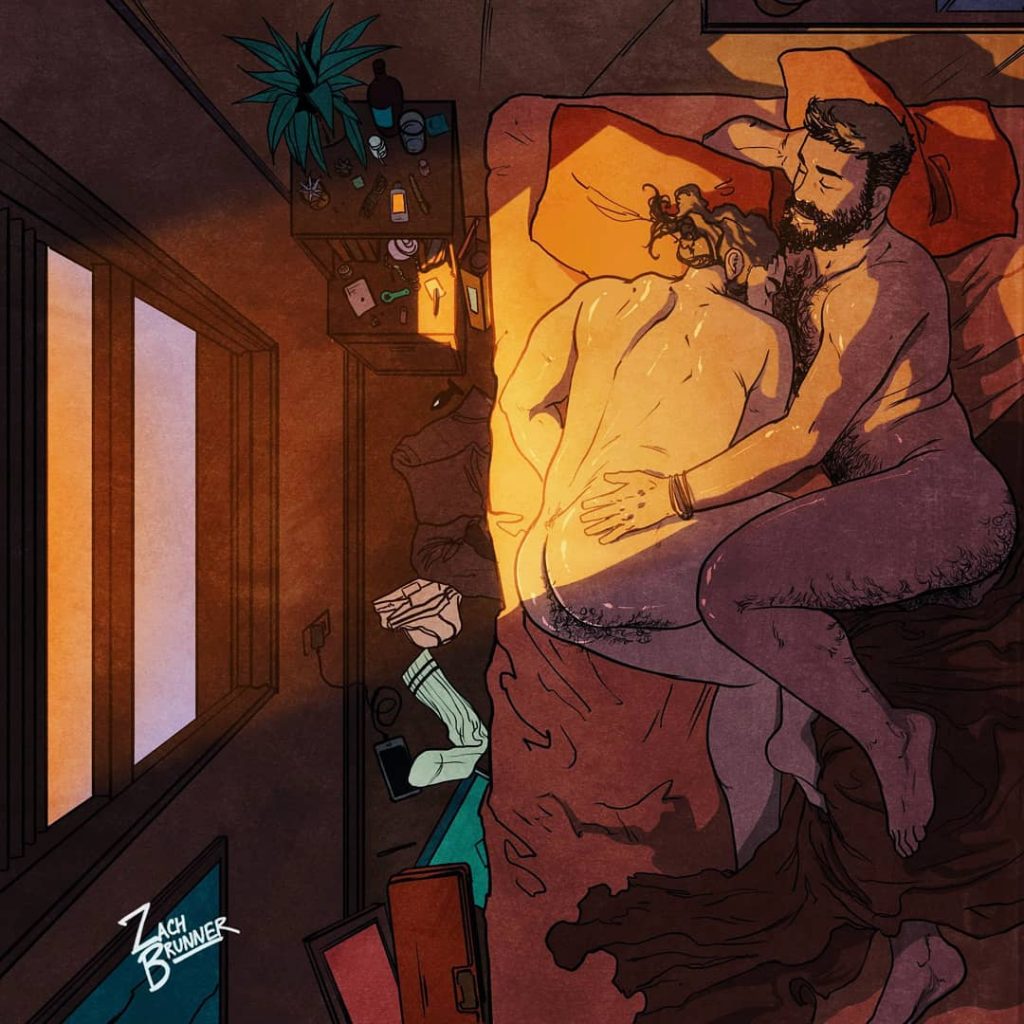 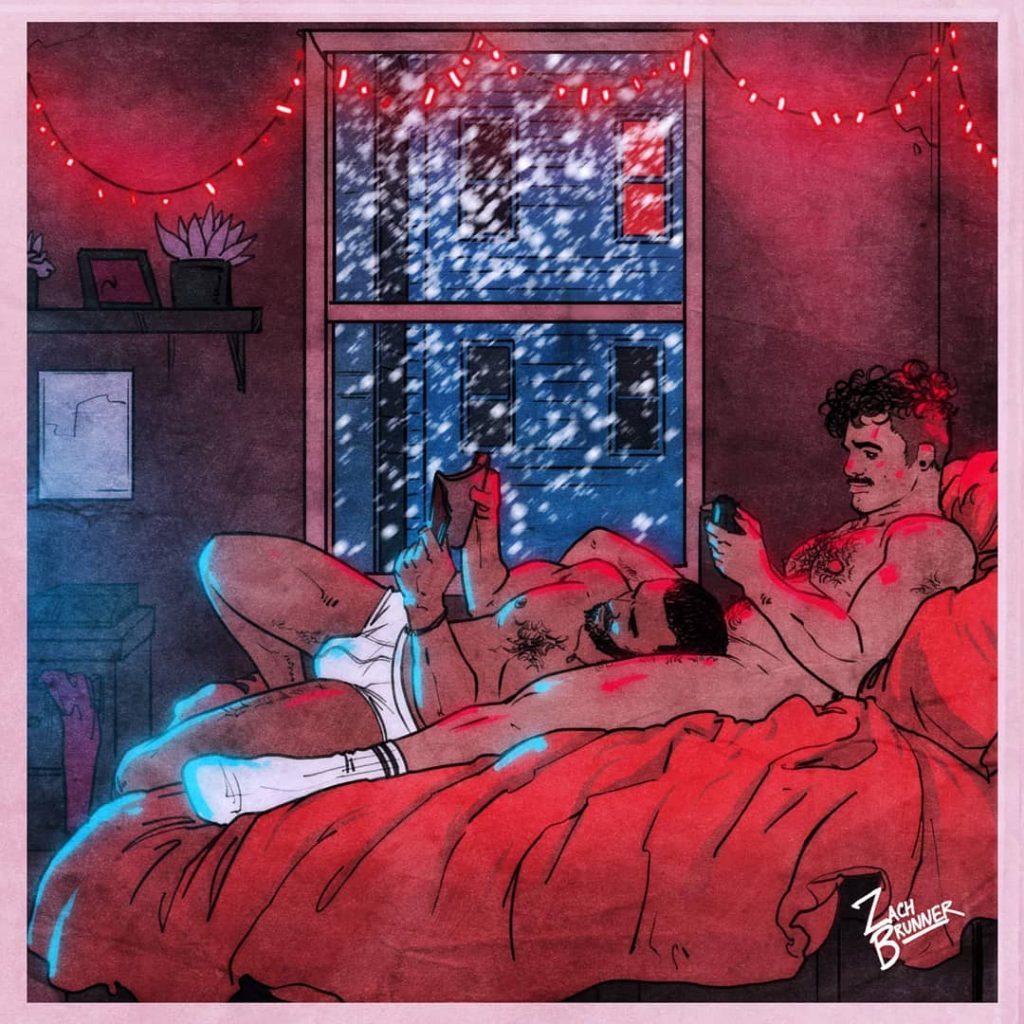 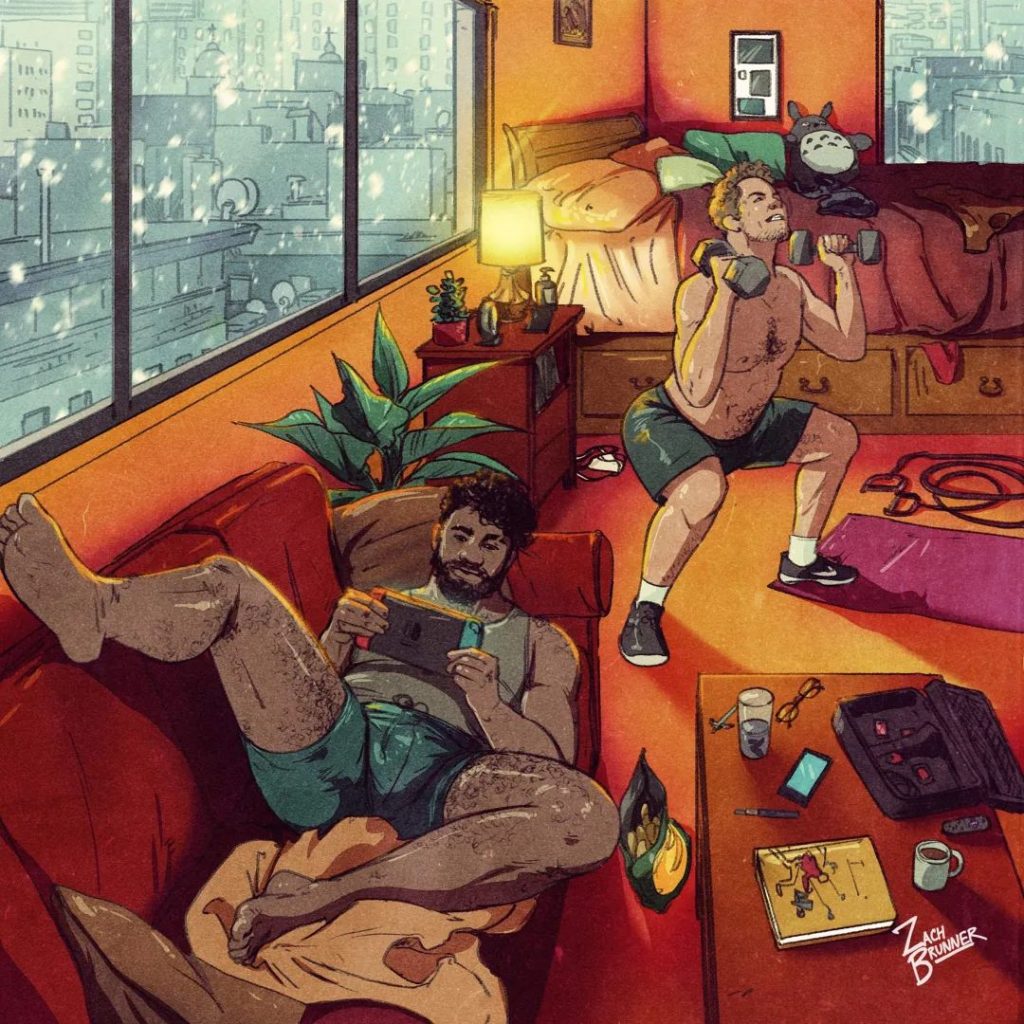