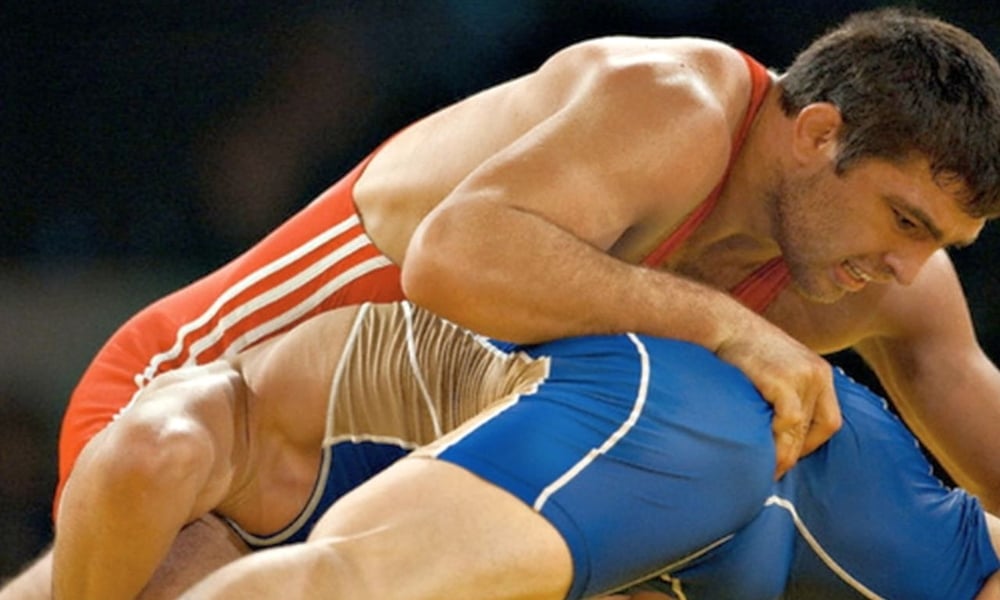 To say that men’s wrestling is an exciting sport isn’t exactly revolutionary. Think about it; two men wearing tight-fitting uniforms made of spandex roll on top of each other in an attempt to top and pin their opponent. A quick Google image search of the words “wrestling” and “hot” will turn up thousands of pictures that are … exciting … despite their manly framework of the sport.

Discussing this element in men’s wrestling starts with the dichotomy between hypermasculine, heteronormative fans, and a triggering display of athleticism. To celebrate the contrast of the combination, we searched the Internet to find you the 35 GIFs of real men wrestling.