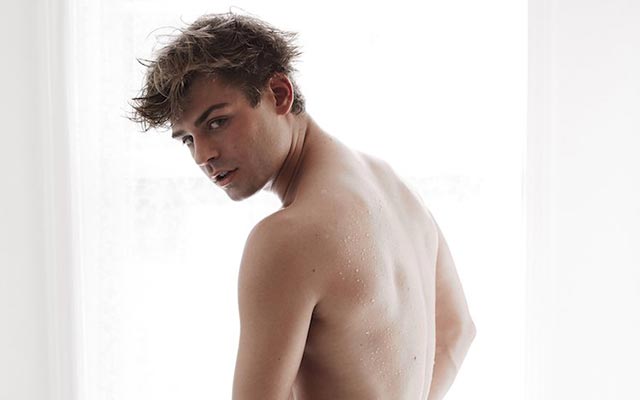 Garrett Clayton is a former Disney star that launched to stardom among tweens and closeted gay fans alike (hey, it’s true). But now, he’s trying to break out of the “child star” cloud, which is a hard skin to peel.

Growing out of the child-star label takes drastic measures, just ask Miley Cyrus or Selena Gomez. Clayton is definitely the male equivalent, except rather than twerking on stage, he’s having sleeping with Christian Slater in a James Franco film. Now that’s ballsy.

As you know, Clayton’s playing as Sean Paul Lockhart, a popular adult star also known as Brent Corrigan, in the film King Cobra, which opened at Tribeca this weekend. The movie depicts the events surrounding the 2007 murder of adult film producer Bryan Kocis.

In a recent interview with OUT magazine, Clayton opens up about his Disney past, his gay present, and how same-sex relationships is gaining commercial appeal.

“When I finished working with Disney, I think I was just excited that I got to explore something completely outside of the box,” Clayton answered when asked why he made such a risqué transition. He added, “I think that’s all most actors can really ask for, to be lucky enough to have a versatile career.”

Versatile is right. From dancing on a beach in board shorts in Disney’s Teen Beach Movie, to being thrown against a closet barely clothed and making out with Christian Slater.  Now that’s what I call versatile.