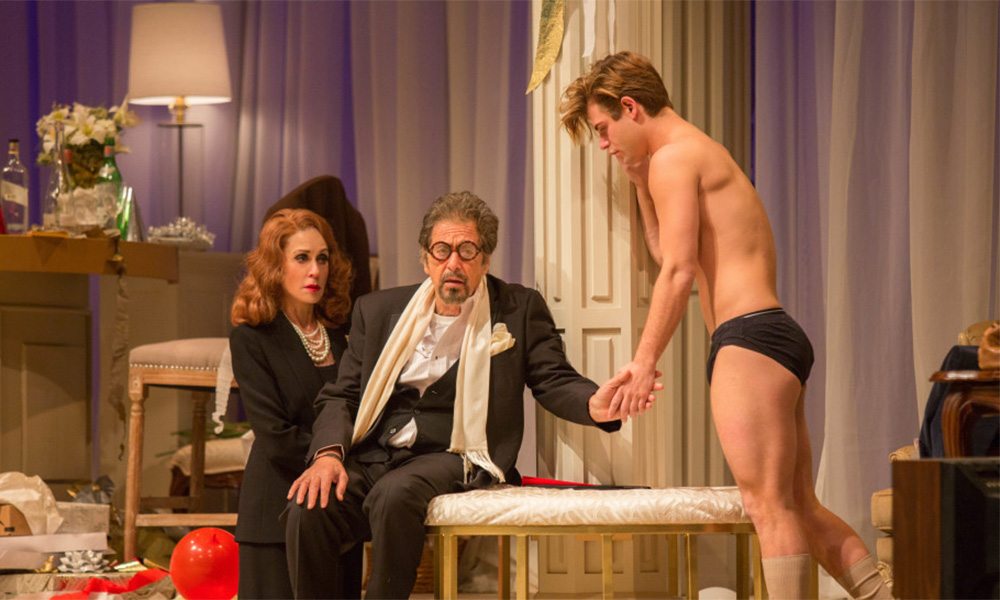 With his leading-man good looks and bouncing bubble butt, it’s no secret Garrett Clayton turns heads. After gaining fame as a Disney Channel star, Clayton grew up and graduated to more mature material. Last year, he stripped down and arched his back for the bio-drama King Cobra, and this year, he’s ditching his duds to play Al Pacino’s boy toy on stage.

#GodLookedAway ? opened last night at @pasadenaplayhouse ? and it couldn't be more exciting! ??

In the upcoming play God Looked Away, Clayton strips on stage and shows off his bootylicious body. God Looked Away is an adaptation of a 1985 biography of Tennessee Williams. It premieres at the Pasadena Playhouse outside Los Angeles. According to the synopsis of the play, Pacino portrays the famed gay playwright.

The play’s synopsis reads: Al Pacino (Scent of a Woman) and Judith Light (Transparent) take the stage in this seismic story about Tennessee Williams. Resisting the end of his career, one of America’s most beloved, prolific and flawed playwrights works to open his final play in Chicago while his hotel room becomes the setting of a battle between creation and addiction; love and sex; immediate satisfaction and eternal legacy.

To learn more about the play or to purchase tickets, click here.