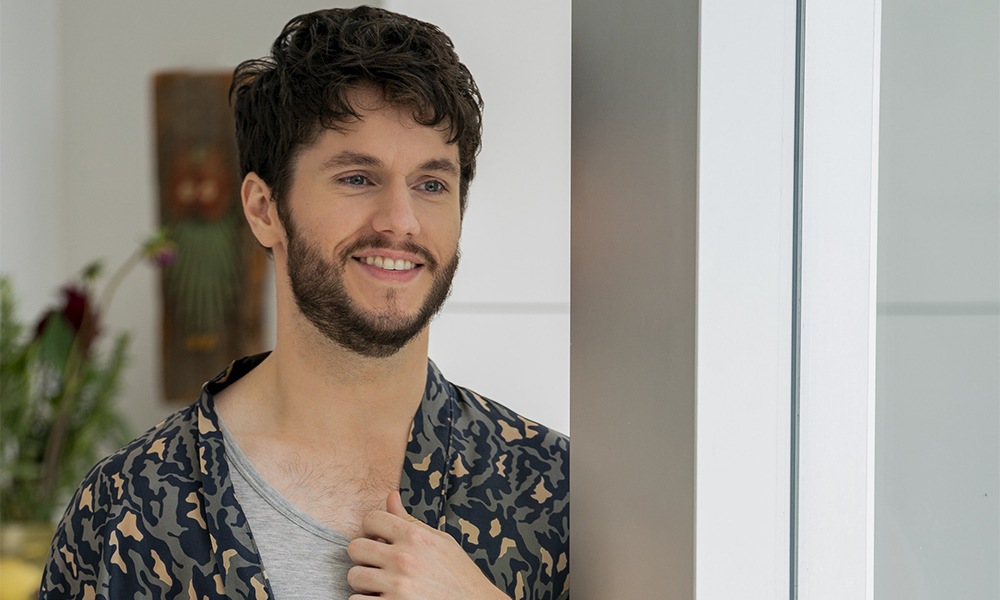 When Netflix picked up You for a second season, the sigh of relief that followed was felt all throughout the internet. The show is one part smart psychological-thriller, one part silly parody of 90s rom-com tropes, with a dash of social media satire. It’s not for everyone, but if it’s for you, you’ve probably developed an (ironically) unhealthy obsession. Penn Badgley stars as Joe, the nerdy bleeding-heart romantic and occasionally-murderous-stalker type (we all have our flaws, I suppose). In season two, we see him move to Los Angeles to start a new life with more than one skeleton in his closet.

Speaking of closets, is You for the gays? At first glance, it might not seem like it. As a matter of fact, season two star James Scully has opened up on Instagram about the sexual fluidity of his character Forty Quinn.

After hosting a cute and casual Q&A on his Instagram, the tea was spilled. “Since you’re queer, what made you guys decide Forty would be straight?” one user asked. “We didn’t, and he wasn’t, and he’s not, and he never will be,” Scully replied.

So I haven’t said this yet, but what with @younetflix being picked up for a season 3 (YAAAYYYY CONGRATULATIONS) it seemed like the time. This show was the most wonderful, affirming, liberating experience for me. I loved Forty, and I will always be so grateful to @seragamble, @gberlanti, and all the other brilliant people who put him on the page and then trusted me to bring him to life. Seeing all of you love on this season so hard has been … life changingly good. Thank you for watching, thank you for understanding Forty, and to all the BEAUTIFUL people this job brought into my life: I love you all very much and I’m VERY proud of all of you.

Scully went on to clarify these comments in an interview with Entertainment Tonight when they asked him if there were discussions about Forty’s sexual fluidity.
“There actually was,” says Scully. “I definitely had jobs before where that was a point of contention, but that’s when I was like, ‘I’m just not focusing on this.’ Then four episodes in, they gave me a girlfriend, and I was like, oh cool.”

He goes on to say, “I think Forty would have sex with whoever he decided he wanted to have sex with. And it was nice being able to play the character even if I was realizing retroactively that [he] was sexually fluid where we didn’t need to stress that in any way. It was what it was, and he was who he was.”

I suppose it’s no small irony that we’re learning more about the show’s characters after some not-so-subtle internet stalking. Now that we know, we have to ask ourselves — how did we miss this? Upon rewatch, we realized that the signs were all there. You’ll have to watch the show and see for yourself.