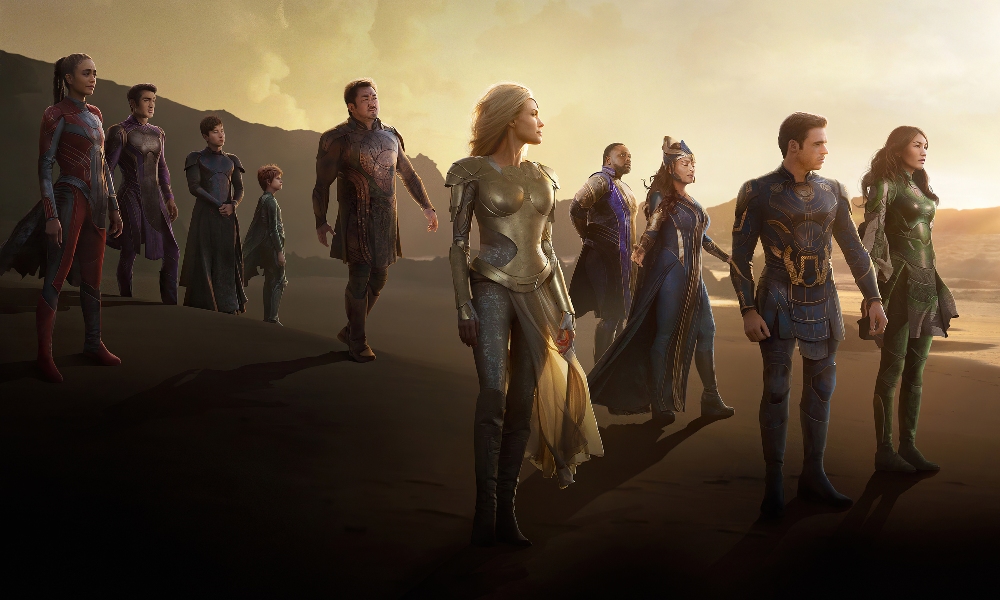 Marvel fans across the U.S. are heading to the theater to see the latest superhero epic, Eternals.

Eternals, the first Marvel Cinematic Universe movie to include an LGBTQ hero, hit theaters last week. The history-making film introduces audiences to a new team of heroes, including Phastos, a genius and inventor who also happens to be queer, married and a father.

Despite praise from audiences around the world for its LGBTQ+ representation, fans in Saudi Arabia, Kuwait, and Qatar reportedly won’t get to see the film. Sources tell The Hollywood Reporter, the countries decided to remove the film from each of their respective websites after Disney refused to make edits so the movie would be in line with their local censors.

“I’m proud of #Marvel for refusing to cut those scenes out.” #AngelinaJolie says she’s “sad” for the audiences who won’t get to see her new #Marvel film, #Eternals, after it was banned in several countries, including Saudi Arabia, Kuwait and Qatar, over a same-sex relationship. pic.twitter.com/91mRrQbPmI

The sources claim the countries’ biggest problem comes from the film’s same-sex couple. In one scene, Phastos (played by Brian Tyree Henry) and his husband Ben (played by Haaz Sleiman) reportedly passionately kiss.

Speaking with Out, Sleiman said the decision to cast him in an LGBTQIA+ role was a smart one. He said, “ I don’t want to sound arrogant, but I feel like Marvel, they were very smart to cast me in it because I got to humanize the hell out of it. I got to humanize an LGBTQ+ family and show how beautiful they are.”

This is not the first time the Gulf region has pulled a Disney film over LGBTQIA+ representation. One line referencing a same-sex couple got Pixar’s 2020 film Onward banned from Oman, Qatar, Kuwait, and Saudi Arabia.

Marvel says Eternals follows “ancient aliens who have been living on Earth in secret for thousands of years. Following the events of Avengers: Endgame, an unexpected tragedy forces them out of the shadows to reunite against mankind’s most ancient enemy, the Deviants.”