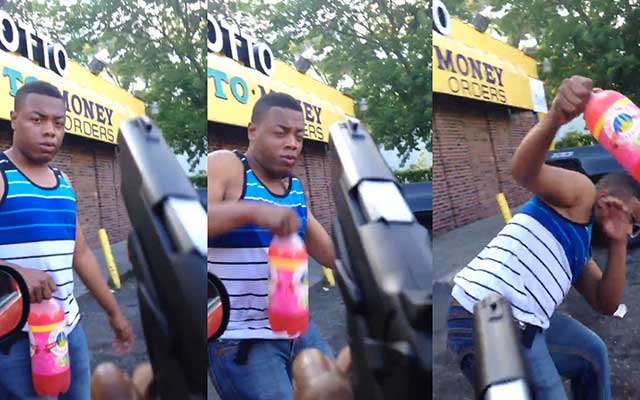 A disturbing Twitter post went viral this week involving a Detroit man who was threatened with a gun and taunted for being gay. The Detroit Free Press reported that the video was sent to the Detroit Police Department, and they are now investigating the situation.

“We are aware of [the video],” said Detroit Police Sgt. Michael Woody. “It was sent to us, and we have opened up an investigation on behalf of the victim, although the victim did not come forward. We are investigating it. Obviously, it is very troubling that anyone would feel comfortable enough to point a weapon at anyone and post it on social media for everyone to see and attacking and singling out a person … regardless of how they identify is outrageous.”

The video was put live on Twitter by the assailant in question, who uses the handle @Binswanson, on Tuesday. It has since been taken down. The account holder behind @Binswanson has since posted a live Periscope video on Twitter where he confirmed he pointed a gun at the man — he also took questions and used even more gay slurs.

Related: How to Overcome Internalized Homophobia

Unfortunately, a lot of Twitter users laughed and congratulated him on his video. There were plenty of others who blasted him for posting it, too. The fact that a video like this can go viral is quite disturbing. According to The Detroit Free Press, police arrested the gun-wielding. Let’s hope it ends here.