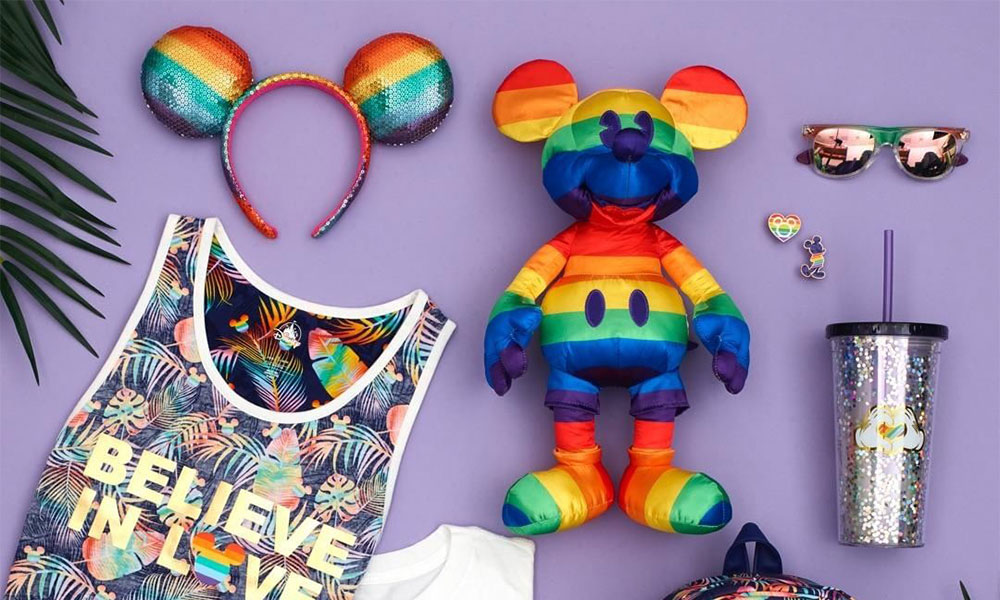 Disney invites you to “Believe in Love” with its magical Pride 2019 collection.

Ahead of Pride events around the world, the Disney Store has released a brand new collection of rainbow-themed merchandise. The product line includes an adorable pair of rainbow Mickey Mouse ears, which we’ll surely rock for Gay Days this year.

The collection also stars a rainbow Mickey Mouse plush toy, which sold out almost instantly online. Since then, the company reassured shoppers that they will restock the item in June.

Disney announced that they will make donations to the charity Diversity Role Models, which “seeks to embed inclusion and empathy in the next generation” by preventing bullying and hosting school classes featuring LGBTQ+ role models.

As part of our Pride celebrations this year, Disney Store is releasing the Rainbow Disney Collection today online and in selected stores. Disney PRIDE UK will be marking Pride 2019 with a donation to the Diversity Role Models charity, @diversityrm. ❤🧡💛💚💙💜 Stores the collection will be available in: London Oxford Street, Westfield White City, Westfield Stratford, Manchester Arndale, Birmingham Bullring, Edinburgh The Gyle and Dublin. Rainbow Mickey will be 1 per person/2 per household for online orders and 1 per person in store where a ticketing system will apply. Our rainbow Mickey plush is not a limited release and will be restocked in June online and in stores. © 2019 Diversity Role Models. Registered charity number: 1142548

The Rainbow Collection is available online now and will be available to purchase in-store at a variety of UK Disney Stores including London Oxford Street, Westfield White City, Westfield Stratford, Manchester Arndale, Birmingham Bullring, Edinburgh The Gyle and Dublin.

The collection debuted ahead of Disneyland’s first ever Pride celebration, Magical Pride, which begins June 1, 2019. The event features a parade, a lip-sync battle, performances by Years & Years and Corine, and a DJ set by Boy George.

To shop the Disney Rainbow Collection, click here. And, to learn more about the Diversity Role Models charity, click here.