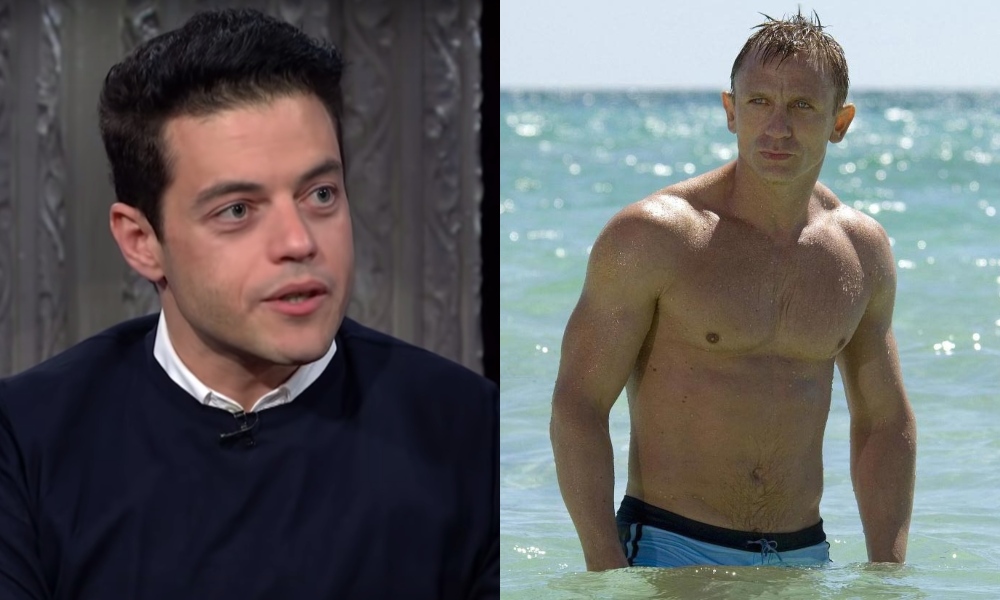 Remember the scene in Skyfall (2012) in which Raoul Silva (Javier Bardem) straps James Bond to a chair and unbuttons his shirt? It’s a moment many queer 007 fans commit to memory; the former MI6 agent explores Bond’s body and sensually traces each of his scars.

As the teasing intensifies, Silva seizes Bond’s thighs and says, “First time for everything, I guess.” Then, Bond playfully replies, “What makes you think this is my first time?”

Many fans interpreted this scene as a sign that Daniel Craig’s Bond is bisexual. A recent disclosure from Rami Malek, who plays the 007’s newest nemesis in the upcoming Bond film, will set those rumors swirling again.

During a recent appearance on The Late Show with Stephen Colbert, Malek opens up about working on the set of No Time to Die. He’s “my favorite Bond if I can say that,” Malek spoke of Craig.

“We had this scene that was a very complicated scene, and we were rehearsing for it with our terrific director Cary Fukunaga,” Malek told Colbert. “We were sitting at a table over hours just batting about ideas. Back and forth, and we finally cracked this really challenging scene. So you know, he grabbed me, picked me up, and …” then the Bohemian Rhapsody actor paused.

“I can’t tell who initiated the next moment, whether it was him or I, but a kiss transpired between the two of us,” he revealed. “I’m going to say that Daniel initiated it. And I was very taken aback.”

“Was it welcome?” Colbert asked.

“Yes, very much so,” Malek replied. “And I took a moment and caught my breath, and I looked down and said, ‘So does this make me a Bond girl?'”