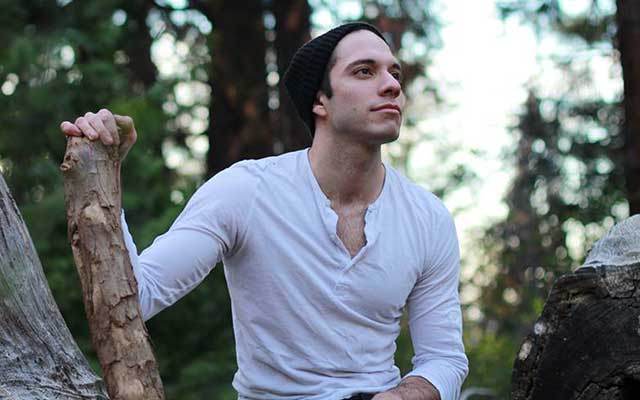 When I was a kid, being a Christian was respectable not because I grew up in Texas, but because faith was bred into our systems. Before same-sex marriage gained steam, hell, even before Katy Perry kissed a girl and liked it, I was singing on stage for hundreds of Christians knowing I was gay (and ok with it).

I came out to my church friends when I was 20 years old. They’d known me as the confident lead singer and guitarist of our youth band. I was the boy who always carried his bible in his car and never turned away from a chance to talk about faith and peace.

In my experience, LGBT people have been so burned by the church that they have nothing but awful memories and shame from those days. The voices of a few, particularly Pat Robertson, are resonant in the backdrop of our minds that painful stings reemerge — suddenly we’re 15 years old again.

There were lessons I learned in church that made me believe I was evil. It was like going through life never being able to take a deep breath. I allowed myself suffrage, to suffocate in the name of God and to slowly sink beneath a rubble of judgments.

I betrayed my true identity because I was scared I’d be rejected both in the afterlife and my current one. But one day I asked myself how blissful or content would it be if I didn’t at least try to complete myself.

The one thing we all need in life is completion. This is why people have faith—God gives us answers, which in turn makes our struggle meaningful. But aside from the divine, there are principles about mortality that need to be addressed. As humans, we need to know ourselves with or without God, and in order to do it we need to self-investigate.

My church hammered an idea that self-investigating was bad. “Everything you need to know can be found in this little book [the Bible]” they’d say. Even when I was struggling over the tiniest of things, all I needed to do was “ask God” and he’d supply the answer. So no matter what, thinking for myself was a silent no-no.

It’s no wonder my gay friends started questioning their opinion on faith. Nowadays, atheism is growing more and more in popularity not because it’s “cooler” or “more accessible,” but because they supply answers and support that, frankly, churches have never given.

Lately it seems like the tables have switched. When a person talks about faith or their relationship with God or the universe, people dismiss it as bogus. “Find the answers inside yourself” or “Look at the science, it’s all there” they’ll say. At the end of the day we always need to find answers in something, but what’s the goal?

Isn’t the goal to ultimately find our authenticity?

Today my faith is strong. I know there’s a higher power that I call God — do I go to church every Sunday? No. Do I carry a bible in my car? No. Do I supply the world with scripture to answer their problems? No. But what I do have is an awareness of self I’ve waited all my life to achieve.

Coming out a gay Christian (or person of faith) has been a struggle. While I no longer fear God’s judgment, I have started to fear judgment from the world. Am I a walking paradox, a hypocrite, a constant stream of denial? If I ask my peers, chances are one of these will cross their mind.

In a Pew Research Center report, 48 percent of LGB Americans identify as Christian. There is also an overall decline of Christianity across the states, but through it all queer culture still holds onto their faith — is it because they fear God? No. I believe it’s because they use faith to compass their spiritual journey to better themselves and the world.

According to Pew, a majority of U.S. Christians (54 percent) now say that homosexuality should be accepted, rather than discouraged, by society. There’s no doubt that a younger generation of Christians are starting to feel a cultural shift. God, the universe, faith, isn’t about separation, but inclusion — to spread love and joy, and to be a personal tool used to nourish our soul.

But despite the new age of Christianity, there are still countless of LGBT people who refuse to take part in it, and that’s fine. The trouble is when either side throws daggers they have to understand a dagger (or two) might be thrown their direction as well. At the end of the day, we’re human — you and I and everyone we’ve ever met. We have the same goals, which is to discover truth.

Allowing ourselves to be ourselves requires us to think and experience a multitude of philosophies. Some might not understand, but it doesn’t matter. So long as it allows our soul to feel complete and for no one else to be judged or affected by this belief, we are free to express it.

One day there will be a time when the phrase “coming out” will not be associated with fear or repression. Some day soon it will not matter what belief we have personally. All we would stand for is the value of one’s potential. That’s the real definition of heaven.