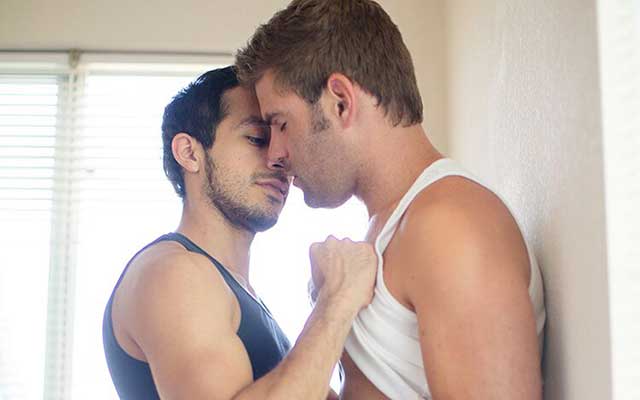 While the 2003 ruling Lawrence v. Texas ruled that anti-sodomy laws were unconstitutional, 12 states continue to have them in their books, reports The Advocate. Those states are: Alabama, Florida, Idaho, Kansas, Louisiana, Michigan, Mississippi, North Carolina, Oklahoma, South Carolina, Texas and Utah.

It’s rare for officers to enforce anti-sodomy statutes, seeing as oral sex is also defined as “sodomy” — what straight couple doesn’t do that? But police officers are still taking advantage of gay people by enforcing sodomy laws that have long been forgotten.

Perhaps the biggest example is the state of Louisiana.

If an untrained police officer looks it up in Louisiana state law, he or she will see that sodomy is a state violation according to the “Crimes Against Nature” statute, says Marjorie Esman, executive director of the ACLU of Louisiana.

“So if you [are a police officer] and haven’t been trained to know that this is no longer enforceable, you may think you have basis to arrest someone,” Esman said to The Advocate. “To keep laws on the books that could confuse law enforcement — and the public — as to what their rights are, simply on a principle that has lost, is counterproductive at best and harmful at worst. It’s an argument that is dangerous.”

Between 2011 and 2013, at least a dozen gay men were arrested in Baton Rouge due to anti-sodomy laws. All the men were arrested by the Special Community Anti-Crime Team, an undercover operation whereby the Sheriff’s task force travel to parks and pose as gay men to lure real gay men into having sex, then arresting them after they agree to do so.

Most of the men arrested were middle aged or older, and had not come out to their family or friends.

“Cops would sit in public parks in unmarked cars, propositioning [men] for sex, then when the men agreed, the police would arrest them for attempted crimes against nature,” Matt Patterson, managing director of Equality Louisiana said to The Advocate. “People were being arrested for agreeing to have sex in private at a future time.”

Though Baton Rouge Police have claimed the heightened surveillance of parks came in response to complaints of lewd conduct happening within their perimeters, Cheryl Michelet, spokesperson for the Baton Rouge Recreation and Park Commission, said the parks did not have a number of complaints on issues at that time.

“If two adult men can have consensual oral sex in private, they can invite another adult man to do that in private,” William Eskridge, the Yale Law School professor, said to The Advocate Baton Rouge, “So even if there were a verbal offer and acceptance, it would be constitutionally protected, so long as no money was involved and the men were of age.”

While anti-LGBT advocates say they oppose bills that would change its laws, Baton Rouge Police Chief Carl Dabadie has informed police officers that they can no longer arrest people under the “crimes against nature” statute.

Each attempt to repeal Louisiana’s anti-sodomy laws have failed. The most recent was done by LA state Rep. Patricia Smith in 2014, which failed to pass.