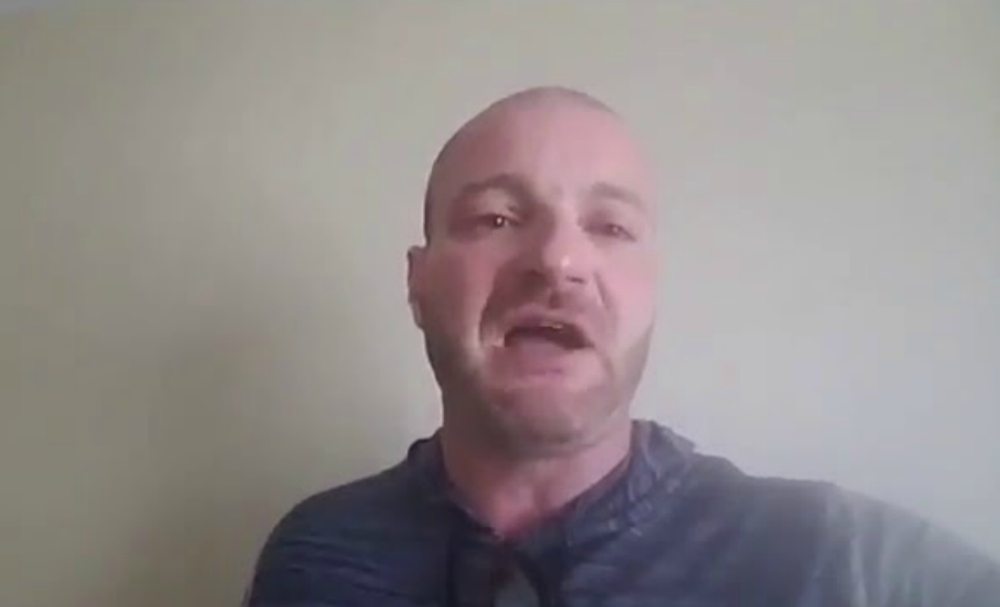 Christopher Cantwell is a 36-year-old alt-right, neo-Nazi, homophobe who partook in last weekend’s white supremacist rally in Charlottesville, Virginia. If you feel like you need to know more about Cantwell, check out his bio on splcenter.org.

Earlier this week, Cantwell was the subject of a Vice News exclusive titled “Charlottesville: Race and Terror”. In the episode, a cocky Cantwell showed off his guns and spewed hateful rhetoric to his horde of henchmen.

He told Vice News Tonight correspondent, Elle Reeve, “We’re not nonviolent, we’ll fucking kill these people if we have to.” At the end of the piece, Reeve asked Cantwell how he felt about the attack that killed 31-year-old Heather Heyer and injured 19 others.

Cantwell showed no remorse, and apathetically replied, “I’d say it was worth it … The fact that nobody on our side died, I’d go ahead and call that points for us.” Cantwell went on to predict an increase in violent events saying, “I think a lot more people are going to die here.”

In the days following the rally, he apparently learned that there is a warrant out for his arrest. The whiny dastard then uploaded a video to YouTube discussing his worries, “I have been told there’s a warrant out for my arrest,” he sniffles. “With everything that’s happening, I don’t think it’s very wise for me to go anywhere. There’s a state of emergency. The National Guard is here!”

“I want to be peaceful. I want to be law-abiding. That was the whole entire point of this,” Cantwell continues. “I’m watching CNN talk about this as a violent, white nationalist protest. We have done everything in our power to keep this peaceful!”

Watch his pathetic plea below.