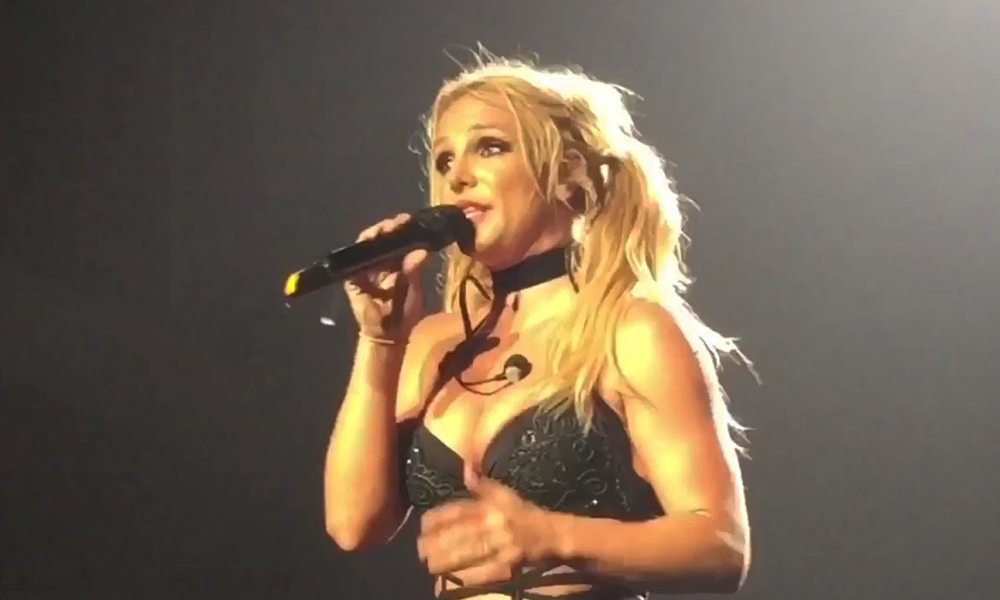 Britney Spears started her Las Vegas residency in 2013. Since then, Spears usually sticks to the same setlist. However, last night, the 35-year-old pop superstar wowed fans with a random rendition of Bonnie Raitt’s 1991 hit “Something to Talk About”.

“Honestly, without the music and just the mic, it kind of feels illegal. Like, it’s quiet right now. It feels kind of illegal doing this with this mic in my hand — it feels so weird,” she continued.

“Ok, so … I’ve been doing a lot of thinking lately. Ok? This morning I got up, and I looked at the news; there’s a lot of things going on in the world. But … I was like, you know what the press and the media my whole life, it’s really crazy because one minute they tear you down, and the next minute you’re on top of the world. You know? I’ve never really spoken about it, and I’m a Southern girl. I’m from Louisiana. I’m from the South. And I like to keep it real. So I just want to make sure I keep [giving] you mother fuckers something to talk about.”

As the music started, Spears returned to the center of the stage and preceded to dazzle her fans.

Following the unexpected cover, which came halfway through the show, the audience burst into applause and immediately took to the Internet to share the moment.

Earlier that day, BreatheHeavy, a pop culture blog, hinted about the spontaneous cover on Twitter. “If Britney performs a live cover of Bonnie Raitt’s ‘Something to Talk About’ tonight at #PieceOfMe I’m going to die,” they tweeted.

The cover follows allegations that the star solely lip-syncs. In June, Spears addressed the allegations on an Israeli television show. When asked if she would sing live, Spears shot back,

“I’m glad you’re addressing this question. It’s really funny, a lot of people think that I don’t sing live. Because I’m dancing so much, I do have a little bit of playback,” Spears admitted. “There’s a mixture of my voice and playback.”

Related | Britney Spears Is Breathtaking on Cover of V Magazine

“It really p*sses me off because I’m busting my ass out there and singing at the same time. And nobody ever really gives me credit for it,” she continued.

Before her Las Vegas residency kicked off, Spears told Chicago’s 103.5 Kiss FM “I always sing live. It doesn’t sound so great all the time, but I do my best.”

In April, Spears announced that her Vegas residency would end this year.

Watch her kick-ass cover of “Something to Talk About” in the videos below.