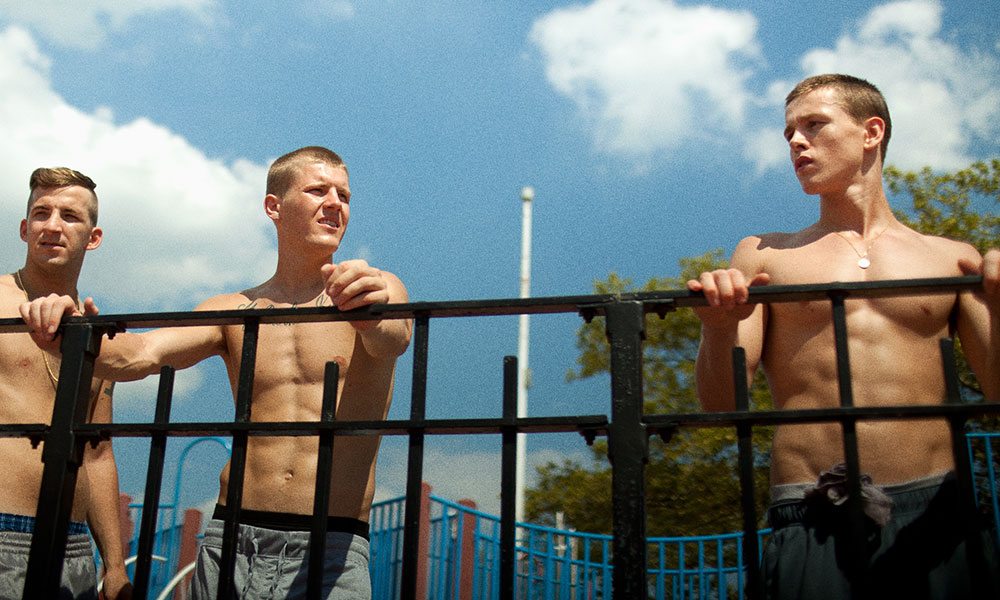 Beach Rats is one of the most anticipated queer-themed films of the year. After screening at the Sundance Film Festival in January, Beach Rats received rave reviews from critics and audiences. At the festival, Sundance presented Eliza Hittman, the film’s director, with the award for Best Director in the U.S. Dramatic Features category. Following its debut, Neon, the film’s U.S. distributor, released an arousing trailer and announced that Beach Rats would hit theaters this fall.

Set in Coney Island, Beach Rats is a coming of age tale about a teen named Frankie (Harris Dickinson), who tries to shake his depressing home life while secretly hooking up with older men. According to The Daily Beast, Dickinson’s performance was “one of the most grueling, sensual and captivating star turns at Sundance. And certainly one of the most enticingly naked.”

“I think of it as being a film about a character who’s coming to consciousness [of] who he is. He never really comes out, and it’s about him trying to understand his desires in a world where there really is no coming out,” Hittman tells The Daily Beast.

“There’s leaving, and there’s finding a way to live an authentic life elsewhere, but he hasn’t reached that point yet. So it’s about, in a way, coming to understand himself and his desires.”

In an interview with OUT magazine, Dickinson opened up his experience on set and his expectations for the film.

“It doesn’t glorify the coming-out process—it presents it from a negative perspective,” he tells OUT. “But I hope those watching it can find a sense of freedom in themselves. No good ever comes of suppressing your true feelings, no matter who’s around you, or where you’re from.”

According to Dickinson, starring in Beach Rats taught him “a lot about the relationship between sexual identity and class.”

“Sometimes you’re born into narrow-minded communities with specific expectations, which can hugely affect your personal journey and expressions of sexuality,” he continued.

“It was a new experience,” Dickinson added. “But I was comfortable doing it. I’m comfortable in my sexuality and in my body now. You have to come to terms with the fact that you’re going to bare yourself on-screen and it’s going to exist there forever, but I cared enough about the character that I just wanted to throw myself into it.”