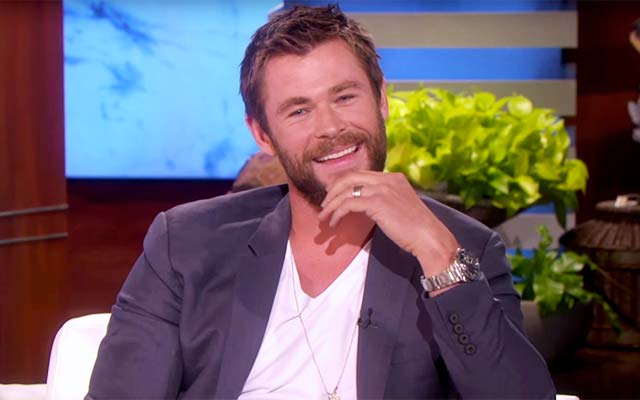 Who knew Chris Hemsworth‘s daughter would be so envious of Thor’s hammer? During an interview on Ellen, Hemsworth discussed reprising the role of Eric in The Huntsman: Winter’s War the prequel to Snow White and the Huntsman, which was released in 2012.

When it was time to talk about his kiddos, the hunky father of three had some interesting things to say. According to the Australian actor, they’re doing great and getting along famously with the exception of a little anatomy envy.

Related: Chris Hemsworth Has His Hands Full With These Queens

During a recent talk with his toddler, Hemsworth had to explain that boys and girls have different body parts after his four-year-old daughter, India Rose Hemsworth, decided she really wanted a penis.

Take a look at how he handled the situation below.