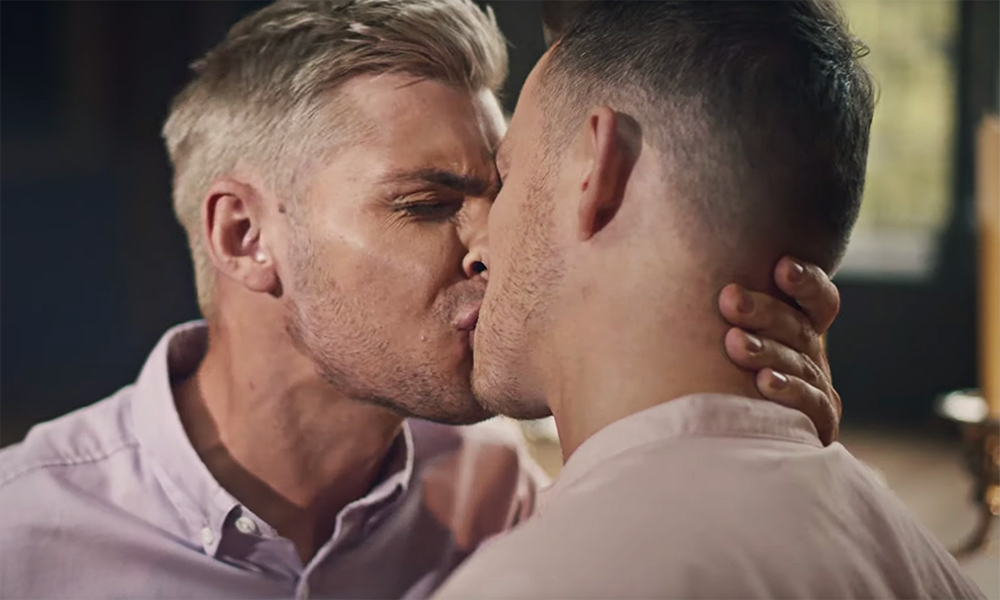 In a brand-new Channel 4 campaign titled “Complaints Welcome,” stars who appear in different shows — including Countdown and The Great British Bake Off — read real criticisms that viewers sent the network.

Hollyoaks star Kieron Richardson, who plays Ste Hay, appears kissing his hubby Carl Hyland before turning to the camera and saying, “I’m not homophobic, but do we have to have gay-kissing at dinner time?”

The Great British Bake Off presenter Sandi Toksvig arrives on a motorcycle as she states, “She looks like Tom Cruise,” while Catastrophe star Sharon Horgan remarks, “This just confirms my suspicion that women aren’t funny.”

Clarifying the point of the campaign, Channel 4 said in a statement: “We’ve made a film featuring our talent bringing to life genuine complaints which viewers have made about them. We understand that not every program, or even every presenter, is going to be everyone’s cup of tea.”

The channel continued, “That’s because Channel 4 was set up to be different, to provoke debate, take bold creative risks, and represent unheard voices from all around the country. So sometimes we may cause a bit of a stir, but that’s part of our job.”