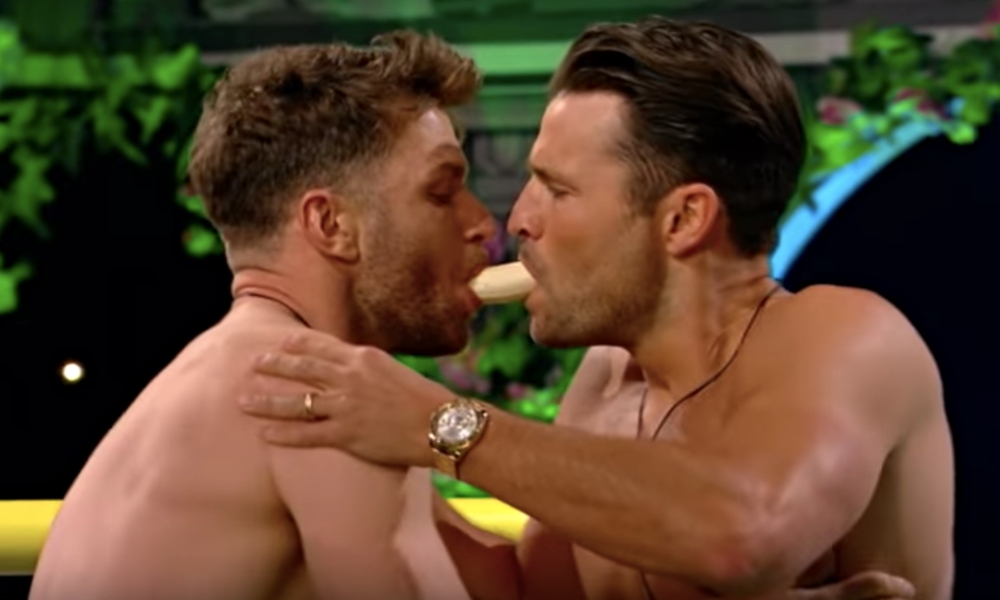 If you haven’t watched the British television show Celebrity Juice, you’re missing out on some cooky comedy. Celebrity Juice is hosted by a fictional character named Keith Lemon, portrayed by comedian Leigh Francis.

On each episode, Lemon is joined by two teams. The teams compete in a series of challenges to find out which side has the best knowledge of celebrities and current events.

Last night, television personality Mark Wright and comedian Joel Dommett competed in an unusual obstacle course. They had to master the barriers while holding a banana between their mouths.

With a banana clenched gently between their lips, the shirtless duo hugged as they attempted to conquer the obstacle course.

Watch their extremely bizarre — and homoerotic — run below!