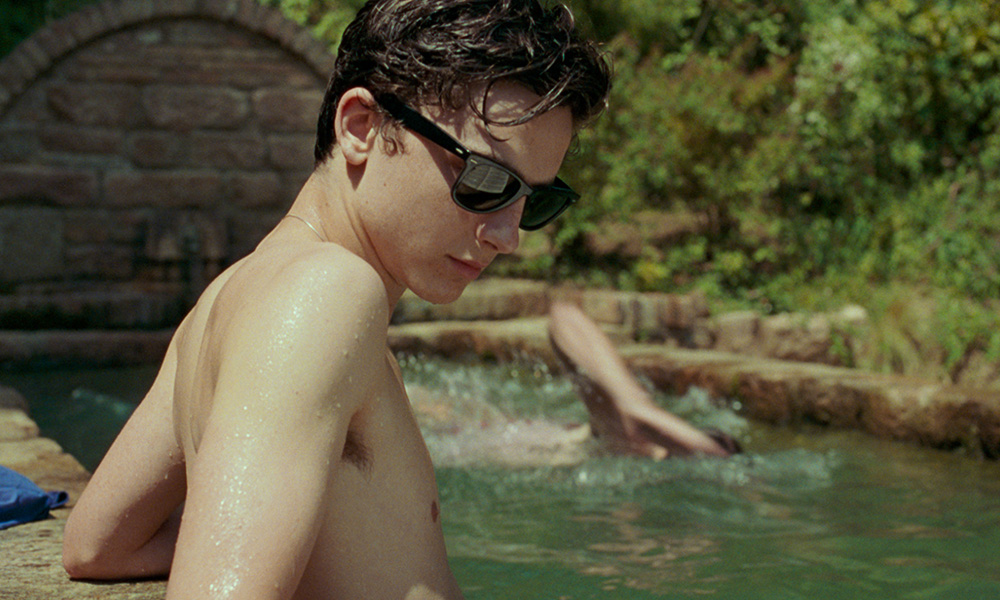 Call Me By Your Name — and why love and friendship were better understood in premodern times.

One of the films most hotly tipped for Oscars success this year — and in my opinion most deserving of it — is Call Me By Your Name. The film has received rave reviews from critics and the public alike, largely because of the beautifully nuanced performances of its lead actors, Armie Hammer and Timothée Chalamet, and Luca Guadagnino’s inspired direction. It is nominated in three categories: Best Picture, Best Actor (Chalamet), and Best Adapted Screenplay (James Ivory).

Perhaps unusually for an academic, I prefer this film to its source: André Aciman’s 2007 novel. Not because Aciman’s novel is inferior: it, too, is a fine work, full of acute insights into the nature of desire, first love, selfhood. I prefer the film because it so stunningly visualizes its exploration of the ambiguities and shades of intimacy, underpinned and deepened by profoundly premodern meditations on friendship.

From the film’s opening credits, superimposed on a series of fragmented Hellenistic statues, with eyeless and therefore ambiguous faces, sinuous limbs and youthful torsos, the audience is invited to cruise the past. Desire, and the twin perils of speaking or failing to speak it, haunt every sun-drenched frame.

This is a film saturated with scholarship, though it wears it lightly — after all, Mr Perlman (Michael Stuhlbarg) is a professor of archaeology, and Hammer’s character, Oliver, has come over from America to assist him and revise his own thesis for publication.

This scholarly context reminds us throughout of the difficulties of interpretation. Scholars speak about, with, on behalf of the slippery past in an attempt to connect it to the ever-changing present. But everyday life, too, can seem a fraught matter of trying to construe another’s intentions, their feelings, through the unsatisfactory ambiguities of language and gesture — just as Elio (Chalamet) struggles to articulate his feelings for Oliver, or to interpret the latter’s touch on his shoulder.

The film’s title alludes to Oliver and Elio’s loving pact to call each other by their own names, recognizing that, as Guadagnino put it in a Q&A: “The other person makes you beautiful — enlightens you, elevates you.” This idea stems ultimately from Aristotle’s views on “true” friendship, but it echoes down the intervening centuries in countless works of art and literature exploring the idea that the friend is an “other self”, both a means to self-discovery and an ennobling end in itself.

For me, it is a scene between Elio’s parents which more fully fleshes out the premodern context for the film’s title. The Perlmans (Michael Stuhlbarg and Amira Casar) are an empathetic pair, quietly but intensely proud of their talented and beautiful son.

In a key moment, Annella translates for her family a story from Marguerite de Navarre’s Heptameron about a handsome knight who loves in anguished silence until he cannot do other than ask his princess: “Is it better to speak or to stay silent?”

Their relationship is described as a “friendship” (both parents chime in with the German term “Freundschaft”, laughingly acknowledging its ambiguity), and, although Elio thinks he would “never be brave enough to ask a question like that”, it is via a discussion of this “16th century French romance” that he begins to confess his feelings for Oliver. This sets in motion their intense relationship, full of longing glances and things left unspoken.

The language of friendship has always been ambiguous. The Old English term “freond”, Middle English “frend”, Old French/Anglo-Norman “ami”, and many others can all refer to a friend and a lover. As the late academic Alan Bray showed, during the Renaissance the same words and gestures used to depict ennobling friendship could also compromise men with imputations of sodomy, if that was politically expedient. “Passionate friendship” was celebrated throughout the 19th century, unless and until it challenged orthodox dynamics of gender and power.

Even now, Western cultures devote a lot of energy to differentiating friendly and sexual intimacies, while remaining aware that the distinction is continually being collapsed. So perhaps premodern concepts of friendship (slippery and overdetermined) have more to offer contemporary concerns over identity and sexual politics than we might imagine.

Sometimes labels are crucial in forming strategic political alliances. But it’s worth noting that in a recent poll, over half of the young adults surveyed saw themselves not as “homosexual” or “heterosexual”, but as “something other than straight”. And Elio and Oliver don’t see the biological sex of their love object as constitutive of their identity. Both the film and the novel make it clear that they each have had (and will have) relationships with women as well as men.

But they also make it clear that this relationship is special: deeper than ordinary friendship, more intimate than sex, this bond will shape who they are for the rest of their lives. It brings them great pain as well as immense joy and pleasure.

Close to the end of the film, comforting his son, devastated now Oliver has returned to the US, Perlman says “You’re too smart not to know how rare, how special what you two had was”. When Elio responds “Oliver was … Oliver”, his father invokes the 16th century essayist Montaigne’s famous celebration of his own friendship with La Boétie: “Parce que c’était lui: parce que c’était moi” (because it was he: because it was I). He then follows this up with a poignant acknowledgement that: “You had a beautiful friendship. Maybe more than a friendship. And I envy you.”

Friendship’s ambiguity becomes a means to talk about something that is too precious, or too raw, to be talked about otherwise. But it also opens up this particular, special relationship as a means of contemplating other relationships of different kinds and degrees. Elio’s father counsels his son that pain is not to be avoided if it means deadening yourself: “To make yourself feel nothing, so as not to feel anything … what a waste.”

As the credits roll like the tears down Elio’s face, we might think about the year the film came out. 2017 was a difficult year for many. It may have been tempting at times to shut down; to opt out. But Call Me By Your Name offers more positive messages — that it is up to us how (or whether) to define our relationships; that reaching out to the other can enlarge and nourish the self; and, finally, that pain is the flipside of joy: accepting it, living on with the help of our families of birth or of choice, leaves open the possibility of future healing, future joy.

David Clark is a Senior Lecturer in Medieval Literature at the University of Leicester.