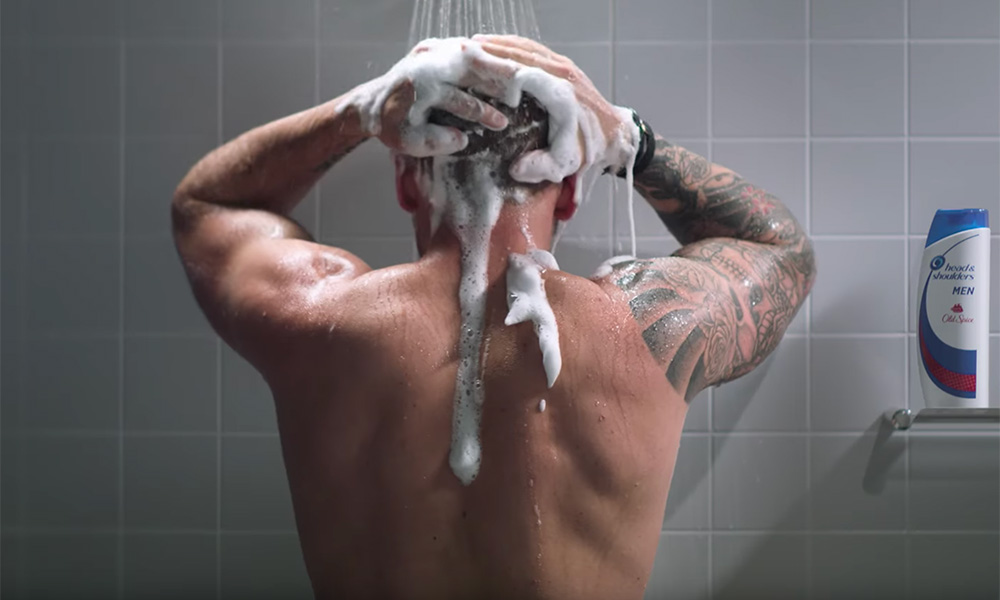 Gus Kenworthy carries his pride on his shoulders.

The 26-year-old openly gay freeskier is heading to Pyeongchang, South Korea next month to compete in the 2018 Winter Olympics. In celebration of the Games, Kenworthy fronting a fresh advertising campaign from haircare brand Head & Shoulders.

“My shoulders carry more than my country’s pride — they carry my community’s pride, my family’s pride, and pride in myself,” Kenworthy says in the 20-second clip, which features him flying a rainbow Pride flag. As one would expect, there’s also a steamy shower shot of Kenworthy lathering up and getting clean.

The commercial is scheduled to air in the United States throughout February, while Kenworthy will also appear on in-store adverts and digital placements on the brand’s social media as their newest ambassador.

“You may have already spotted this on TV but I am SO excited to finally be able to share my Head & Shoulders commercial with y’all! Holding up those rainbow colors on national TV makes me feel PROUD! #ShouldersOfGreatness” he wrote on Instagram.