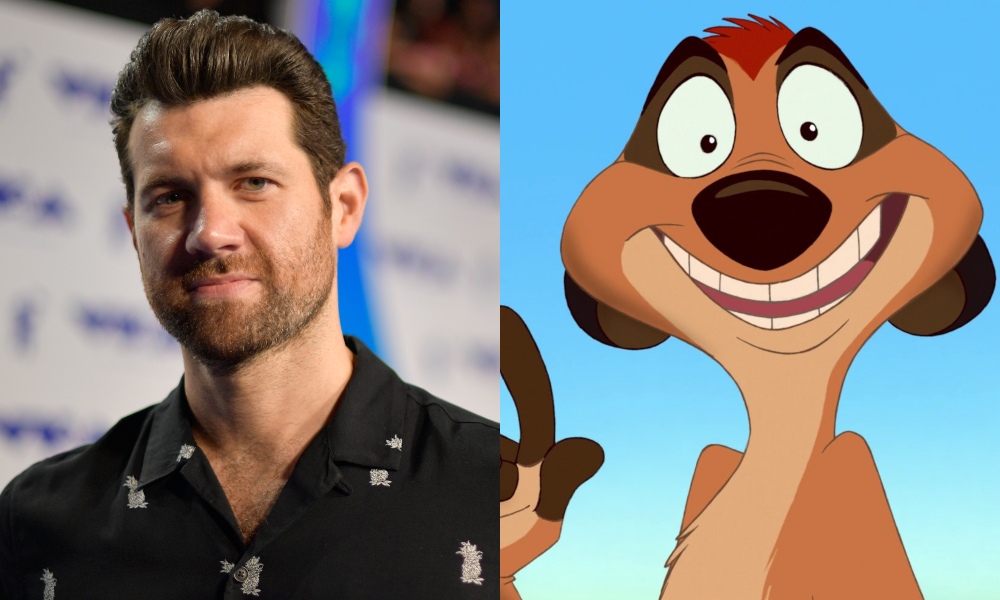 Billy Eichner Confirms He Voiced Timon with a ‘Gay Sensibility’

Fans have long speculated that there was more to Timon and Pumbaa’s relationship than Disney showed onscreen.

Comedian and actor Billy Eichner, who voices the meerkat Timon in The Lion King live-action reboot, confirmed he performed the role with some “gay sensibility.”

Referencing Nathan Lane, who played Timon in the 1994 animated classic, Eichner told Buzzfeed: “I’m glad that [director] Jon Favreau kept the tradition of Timon being played by a gay actor, with a certain type of comedic sensibility, alive.”

Eichner went on to discuss the notion of Timon and Pumbaa being in a relationship, saying: “Timon and Pumbaa are different species — I don’t even think that’s ethically correct, you know, that they would be a couple in some way.”

He added: “I didn’t think about [Timon] being gay so much as I thought, ‘Well, I’m gay, and I have what some may consider a gay sensibility, and I’m going to bring that to the table,’ just the way that Nathan did. I’m certainly not going to shy away from it. In fact, I lean into it more in my performances than I even do in my everyday life.”

Eichner also spoke to the “queercoding” of some Disney characters have “queer” mannerisms without being explicitly gay. He stated: “People are always trying to find the gay character in animated movies.

“I think the way to correct that is to actually put gay characters in animated movies. I’m actually in the very early days of working on a project like that. One of the last frontiers for LGBT representation in animated family films.

“Gay people always had to sort of search for the closeted gay character, because there were no openly gay characters, and we were so thirsty for them.

“I would love to see a world where we don’t have to argue about, you know, whether what’s his name in Beauty and the Beast [LeFou] is gay or not. I don’t want it to be subtle or a question mark. It just should be gay.”

He continued, adding: “I’m not saying that character’s gay, but in the new movies that are made, there should just be existing openly LGBT characters so that we don’t have to keep arguing about Bert and Ernie. I don’t care if Bert and Ernie are gay.

“I want to see actual gay people that are not a mystery. The way to move on from all those debates is to just create openly gay characters in children’s programming and family entertainment.

“I think we’re on the verge of that. You’re starting to see it happening.”

Eichner also discussed the gay rom-com he’s producing. “There’s a lot of pressure to get it right,” he explained. “Because we don’t get to make those movies very often — or ever, as it turns out — but I want to get it right.

“But at the same time, I feel like I’ve paid my dues in that respect. It’s kind of the culmination of everything I’ve worked towards, to make a real, mainstream funny movie about gay people, that straight people go to and laugh as if they would laugh at any other movie, but that remains authentic to the gay experience.”

Billy Eichner Confirms He Voiced Timon with a ‘Gay Sensibility’