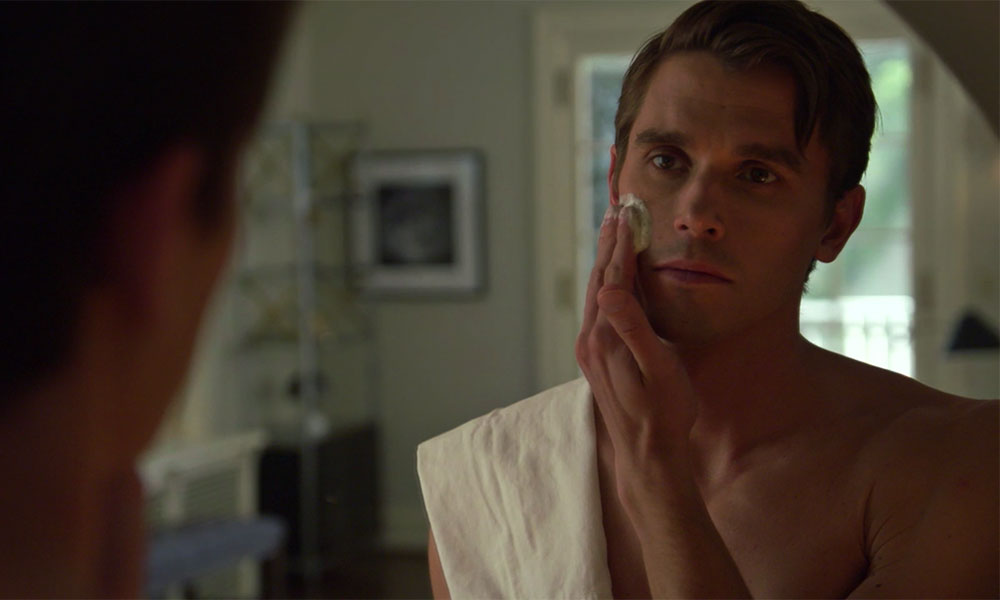 If you’re an Antoni Porowski fan, Netflix has a surprise for you! The streaming giant released a collection of horror-themed shorts based on your favorite scary movies. The series is titled Don’t Watch This, and Porowski’s episode parodies the 2000 thriller American Psycho, which is why it’s aptly titled “Antoni Psycho”.

In his episode, the Queer Eye foodie recreates the infamous morning-routine sequence that made Christian Bale a star. Sporting his signature tighty-whities, Porowski does his morning stretches and prepares to dine on a dish that looks a lot like long pig (we learned that word on Chilling Adventures of Sabrina).

Watch a snippet below and stream all five segments of Don’t Watch This on Netflix now.