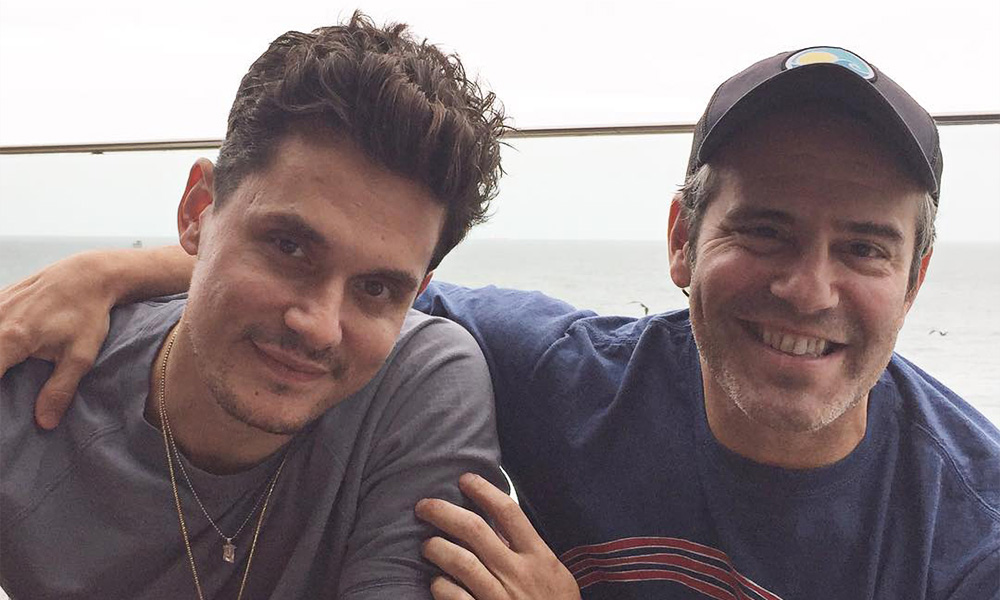 Andy Cohen: “We are together all the time.”

Andy Cohen has officially dismissed rumors that he is dating legendary musician John Mayer. However, the Watch What Happens Live star confirmed that he and Mayer have a very close relationship and are often together.

On Sunday, the rumors reignited when Mayer serenaded Cohen for his 50th birthday on his Bravo show.

My face tells you how I felt when @johnmayer surprised me, and then hosted my #WWHL birthday show!! It was an unforgettable experience, full of love, and I can’t wait for you to see it Sunday night. ?⚡️?

Tonight’s birthday show still has me floating in the clouds. @johnmayer surprises me, hosts the damn show and covers one of my favorite classic Diana Ross songs. It’s too much. Tonight at 10 and 11 #WWHL ?⚡️?⚡️?

In an interview with CNN, Cohen addressed the relationship: “Listen, we have a very sweet friendship, and we are together all the time. I think that I was not surprised because we also have a great love for each other. So, it just seems like the obvious assumption.”

Cohen went on to say that Mayer was one of the last five he had called. “FaceTime last night with John Mayer at two in the morning!” he said. He went on to describe the qualities he’s looking for in a partner: “Someone who is like John Mayer … Just kidding. What am I looking for? I’m looking for someone strong, independent, smart, who has their own thing going on.”

“I would like someone to have their own thing going on. I don’t care, I’m not looking for someone who is in entertainment,” he added”

Early this year, Cohen confirmed he and former boyfriend Clifton Dassuncao had separated: “Yes, I am single again.”

While they’re not a couple in a romantic sense, here are ten of our favorite photos of Cohen and Mayer together.

My heart is bursting all over the place, due in no small part to these two special friends who went the extra mile to make sure I had the best birthday ever. Love you John & Brucie.

This right here is an ELECTRIC COWBOY! They only made one @johnmayer. We are lucky to have him. Happy Birthday ?⚡️?⚡️. #JM40

Last night #TheSearchForEverything at Madison Square Garden was magnificent. Here's hoping this Electric Cowboy rides through your town so you can see for yourself!

I have the best, weirdest travel karma with @johnmayer where we always wind up in the same city, which means lots of food and a river of words. He split again, for the #SearchForEverything tour. Can't wait to see it.

#BroTime w/ @picturesoftext & @johnmayer at the @radioandysxm launch party last night. You can hear our convo all weekend on 102 or on demand