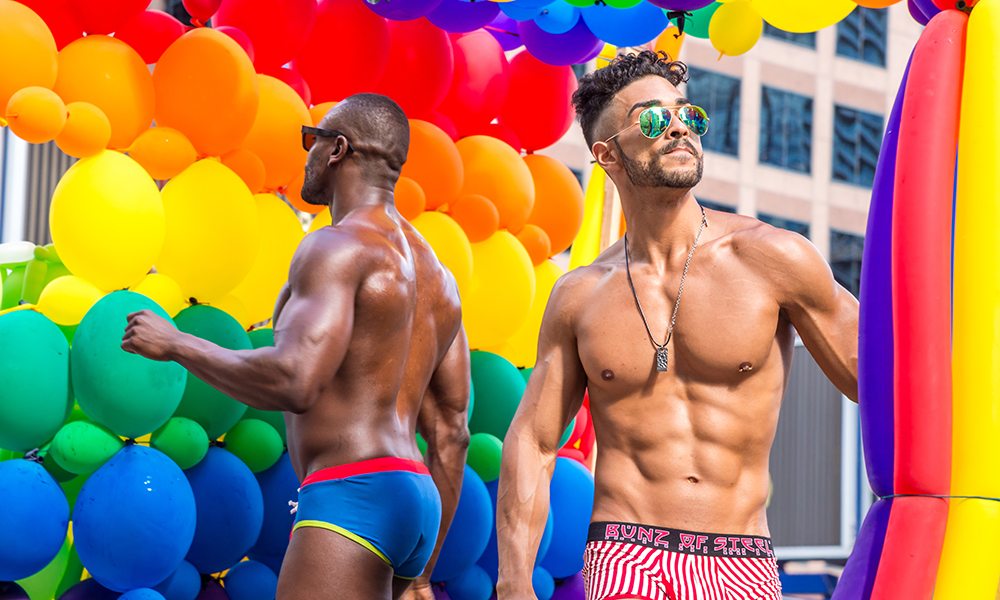 If you check out popular Canadian gay magazines such as IN Magazine, OUT Magazine and Gay Living, you may find headlines like: “Gay couple travels across Spain with pets” and “Middle-Age, Sexless Marriage: What’s to be Done?” along with the latest news about RuPaul’s Drag Race or the new Queer Eye series. Perusing these articles, one wouldn’t think gay men had any serious problems at all.

However, the more political Daily Xtra featured a headline about this year’s Toronto 2018 Pride procession planned to remember not only the victims of an alleged gay serial killer, but also those murdered by a van driver in Toronto in April.

The official theme of this year’s Pride Parade, “35 years of AIDS Activism” seems to have subtly shifted to emphasizing Toronto’s loss related to these recent serial murders. 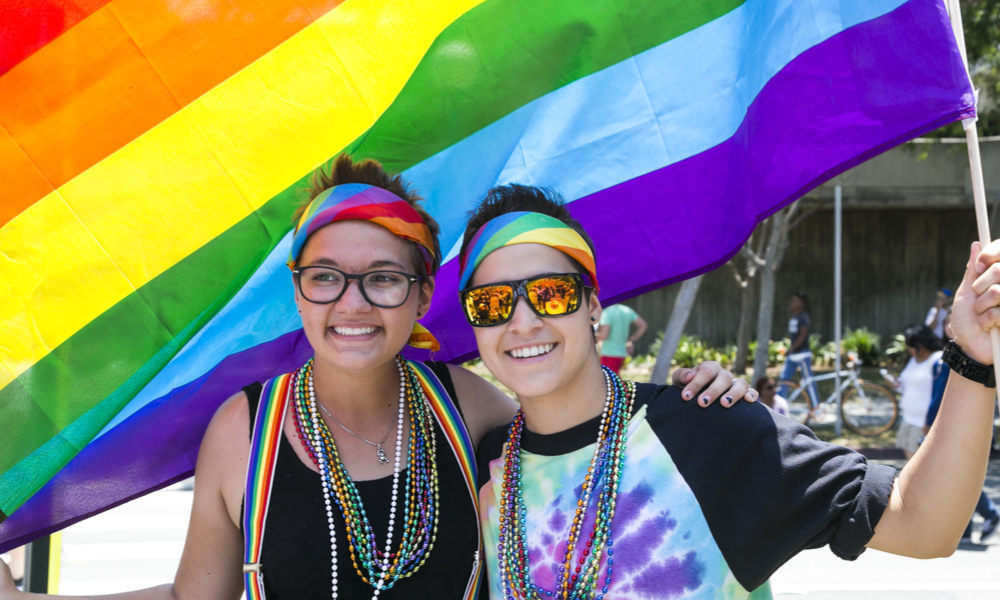 Spectators at this year’s Pride are now being urged to wear black, “to signify that while the festival goes on, this is a period of huge trauma for the whole city, particularly the LGBTQ community,” as executive director Olivia Nuamah told the Toronto Star.

I do not mean to diminish the horrors perpetrated by these (or any other) serial killers. Yet I would suggest that serial killers are not the most serious problem facing gay men in Toronto today.

Cultural reporter Michael Hobbes writes about suicide and depression in the gay male community in a 2017 article, “The Epidemic of Gay Loneliness.”

Hobbes writes that gay people are now, depending on the study, between two and 10 times more likely than straight people to take their own lives. We’re twice as likely to have a major depressive episode.

In Sweden, which has had civil unions since 1995 and full marriage since 2009, men married to men have triple the suicide rate of men married to women. So even with all the legal changes, it is still dangerously alienating to go through life as a man attracted to other men.

Hobbes attributes the escalating suicide rates to what is called “minority stress.” He says: “Minority stress in its most direct form, it’s pretty simple: Being a member of a marginalized group requires extra effort.”

Part of the stress also comes from online dating apps like Grindr, Hobbes says. “If someone rejected you at a bathhouse, you could still have a conversation afterwards. Maybe you end up with a friend out of it, or at least something that becomes a positive social experience. On the apps, you just get ignored if someone doesn’t perceive you as a sexual or romantic conquest.” 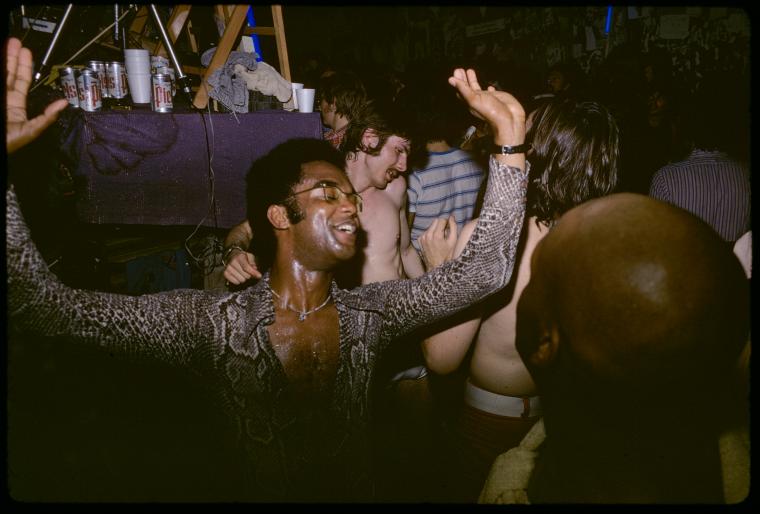 Depression comes with a side effect: Drug addiction. A 2017 article by music producer Anthony “aCe” Pabey, “We Need to Talk About the Queer Community’s Meth and GHB Epidemic” explains the situation.

In London, meth users who inject the drug while having sex jumped from 20 per cent in 2011 to 80 per cent in 2012, according to LGBT drug-and-alcohol support service Antidote. Hookup apps like Grindr and Scruff have gone so far as to ban words associated with drug use such as “meth” and “party.”

Buzzfeed reported that emergency room doctors in San Francisco have encountered the drug with increasing regularity, particularly among gay professionals. 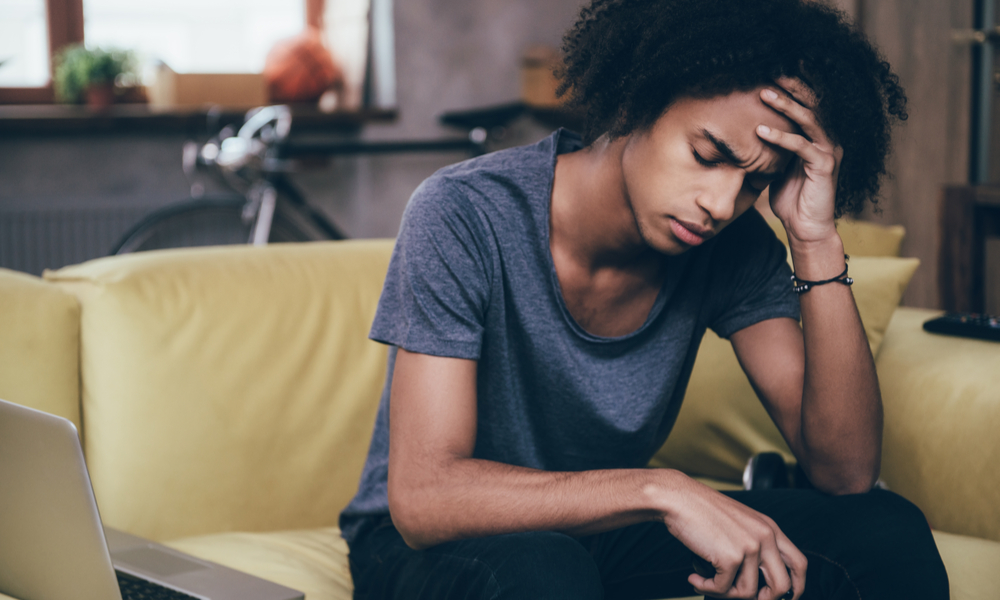 Depression, suicide and epidemic drug use? How can this be? Aren’t gay men happy hedonists and rich as hell to boot? Not according to a 2014 article in The Atlantic, “The Myth of Gay Affluence:” “In reality, gay Americans face disproportionately greater economic challenges than their straight counterparts.

If the plight of gay men is so dire, why are gay magazines obsessed with pets who travel — and RuPaul? Why is the message of this year’s Pride that gay men are just the same as anyone else — including, tragically, the victims of serial killers?

Why are gay men dedicated to perpetrating a false image of themselves as not being victims of oppression?

I believe gay men are presently passing through a kind of Stockholm Syndrome in which the captured begin to identify with their captors to such an extent that they wish to become them. In this case, it is the oppressed identifying with their oppressors.

Though the phrase Stockholm Syndrome was coined after a bank robbery in 1973, Irish novelist James Joyce spoke eloquently of the symptoms of identifying with your oppressors in his collection of short stories called Dubliners.

In “A Little Cloud,” the leading character is a dreamy, melancholy Irishman named Little Chandler — prone to fantasizing about being an English poet: “The English critics, perhaps, would recognize him as one of the Celtic school by reason of the melancholy tone of his poems.” England ruled Ireland from the time of Henry VIII to 1949. Irish citizens — who were persecuted for their Catholicism — toiled away as servants for absentee British landlords on their own stolen farms.

Despite or perhaps because of this history of oppression, Joyce’s Little Chandler has an epiphany: “Was it too late for him to try to live bravely like Gallaher? Could he go to London?”

Joyce’s character does not have the strength of will to rebel against his oppressors. On the contrary, he sympathizes with them, because, English literature scholar Joseph Valente says — “Chandler has been colonized by Gallaher’s attitude.”

In the same way, has resistance to homophobia been co-opted?

Recently, hip hop star Kanye West tweeted: “I love the way Candace Owen thinks.” Candace Owens’ message, according to critical race writer Coleman Hughes, “is that there’s a stubborn refusal — among Blacks and whites alike — to let go of the narrative that Blacks are continually beleaguered by white racism.”

According to Owens, what we need is a new story about what Black America can be, which “looks toward a bright future instead of clinging to an ugly past.”

Owens is not alone — many people hold these conservative views. Hughes mentions that “a 2016 Pew poll found that 60 per cent of Blacks without college degrees say their race hasn’t affected their chances of success.”

But we all know that racism and homophobia are systemic issues woven throughout our daily lives.

Is it any wonder that an oppressed minority might hope that wishful thinking might spirit oppression away?

The Stonewall uprising — the much celebrated night of rebellion of 1969 when radical queers (sex trade workers, lesbians and drag queens) took to the streets to riot against the police at the Stonewall Inn in Manhattan — inspired the modern gay liberation movement and it’s the reason we mark Pride weekend. 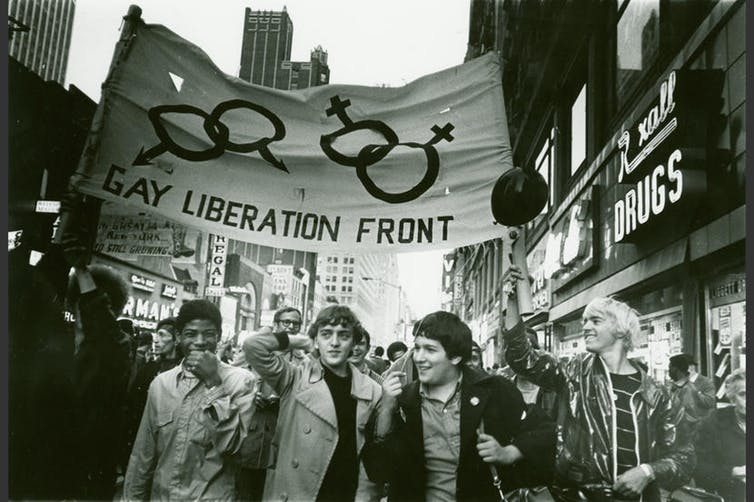 Harry Hay — a card-carrying communist and proud effeminate “fairy” — founded The Mattachine Society in 1950. It was devoted to the notion that oppression had made gay men into different beings than straight men and that consequently there was such a thing as gay culture.

However, in 1953, as the oral historian John D’Emilio tells us, Hay was ousted by the New Mattachine society, which then tackled the enormous task of trying to “adjust to a pattern of behavior that is acceptable to society in general (and) compatible with the recognized institutions … of home, church and state.”

Related | LGBT Rights in Iran and 5 Things You Should know

But this more conservative Mattachine Society had little success.

It took a decade, and the Stonewall uprisings, to effect the changes that helped create what we know today as gay liberation.

But the pendulum has swung back again. It seems that once again, gay men are committed to lying about their oppression. How long will we continue this futile pattern of oppressing ourselves? 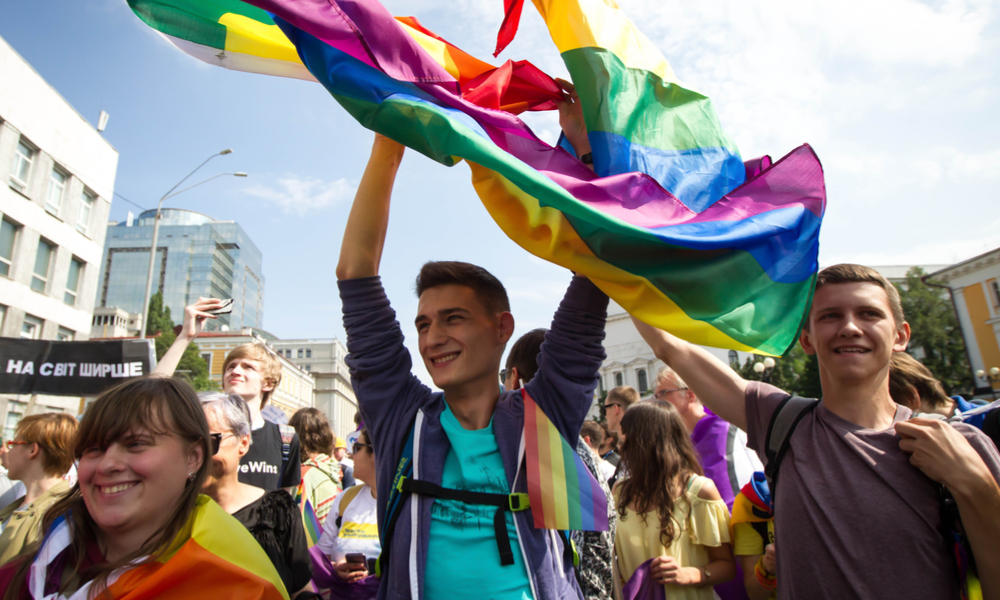 I had the privilege of meeting Harry Hay once — by chance — in a Provincetown restaurant in the ‘90s. I’ll never forget it.

I immediately recognized him and felt compelled to introduce myself. (This was a “once-in-a-lifetime” chance!) Hay was old. Standing near, but at a bit of a distance from him, was his lifetime partner, John.

I asked Mr. Hay why he was in Provincetown, and he said, “You won’t like my answer.” I said, “You never know.”

“I’m here to protest gay marriage,” he said. I told him that I agreed with his position. 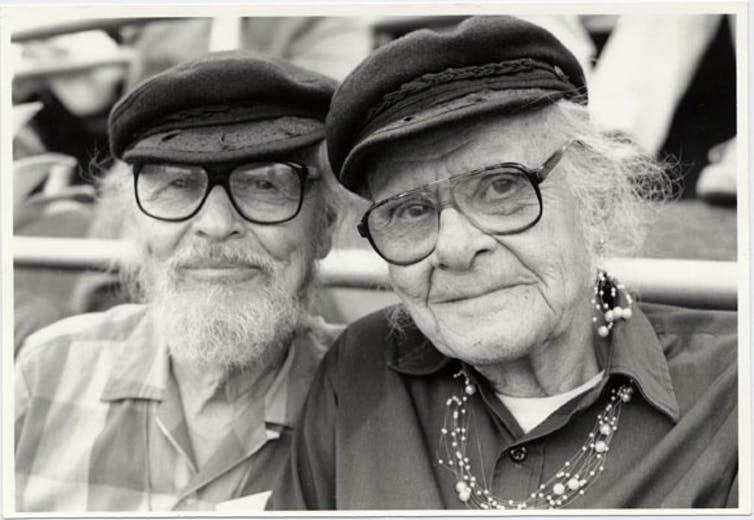 Nevertheless, he felt compelled to explain it. “You see that man over there? He’s my lover John. John and I have been together for a very long time. But we are not married. We would never marry. You see, at any moment I could leave him. We have that kind of relationship. I mean I could leave him for someone like…like well…like for you, for instance.” And his eyes sparkled.

I can say that Harry Hay — the founder of the gay liberation movement — flirted with me when he suggested he might very well cheat — with me — on his lifetime partner.

I’m not bragging about this. But it all just goes to prove that, unlike many gay men today, Harry Hay was not afraid to tell the truth.

Harry Hay knew that it was only by the admission of difficult truths that we can ever find the path to true liberation.

Sky Gilbert, is a Professor at the School of English and Theatre Studies at the University of Guelph