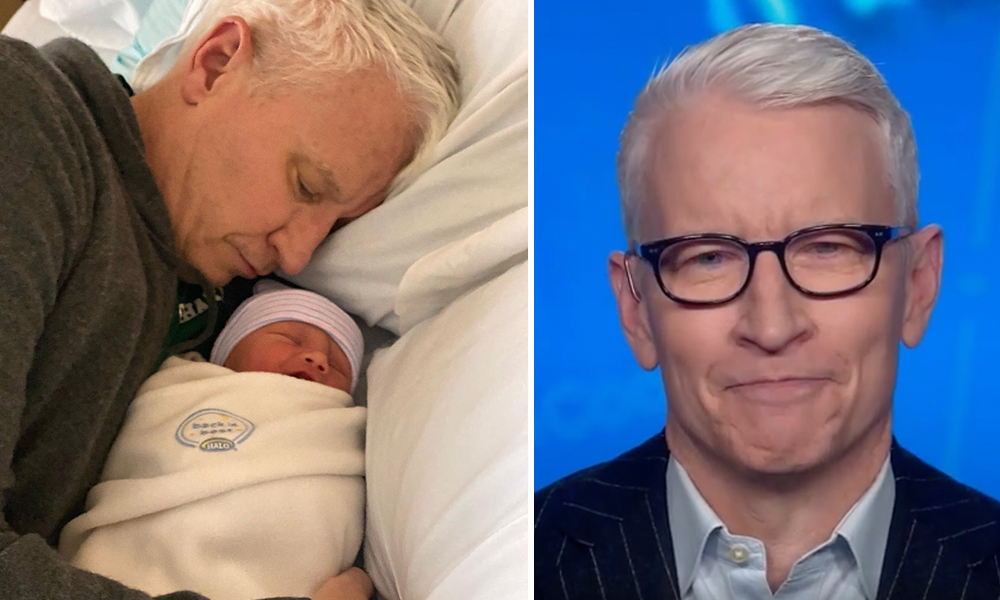 Anderson Cooper Welcomes His Second Baby Into The World

The father of two spoke briefly about his co-parenting arrangement with his former partner.

“These are the pictures I showed of Wyatt then, taken just days after he was born,” said Cooper. “This is Wyatt today. He is nearly 22 months old. He is sweet, funny, and the greatest joy of my life,” he continued. Cooper then went on to welcome Wyatt’s new baby brother, Sebastian Luke Maisani-Cooper.

“If [Wyatt] looks particularly happy in this picture, it’s because he now has a baby brother. His name is Sebastian, and I would like you to meet him,” Cooper said, barely containing his excitement.

Related | Will Andy Cohen and Anderson Cooper Become A Thing?

“This is Sebastian Luke Maisani-Cooper. He was 6.8 pounds at birth and he was healthy and happy and even his occasional hiccups, are to me, adorable.”

Cooper went on to talk about his co-parenting arrangement with his “best friend and former partner,” Benjamin Maisani. “Wyatt calls me ‘daddy’ and Benjamin ‘papa.’ We’re a family,” said Cooper, before explaining that Maisani is also in the process of adopting Maisani.

Later in the segment, Cooper thanked the doctors and nurses that “helped bring Sebastian into the world.” He also thanked Sebastian’s surrogate “most of all” for carrying and birthing Sebastian, as well as all the “sacrifices she and her family” made. Cooper also shared his gratitude to all surrogates who “help bring new life and new love into the world.”

Cooper took a moment to remember his own family, all of whom are no longer alive, including his mom Gloria, dad Wyatt, and brother Carter. He imagined them “with their arms around each other, smiling and joyful” at Sebastian’s birth.

Before ending the segment he announced that he will be taking a short break. Cooper intends to spend the next couple of weeks focusing on his family, and spending time with both of his sons. “I wish you all love and laughter, good thoughts, and happy days.”

The next day, Cooper took to Instagram to share an adorable photo of himself and Sebastian cuddling the day after he was born.

Anderson Cooper Welcomes His Second Baby Into The World