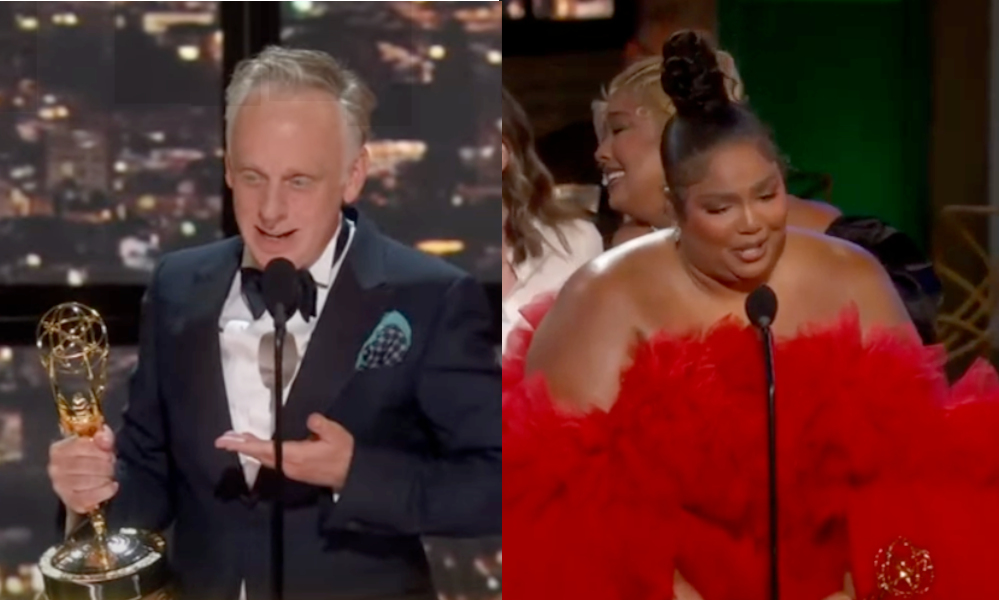 All the LGBTQ+ Winners at the 2022 Emmys

Last night, the 74th annual Primetime Emmy Awards honored some of our favorites in queer television. The White Lotus brought home the gold, Lizzo had us in tears, and other LGBTQ+ celebs took home their respective awards. According to the Los Angeles Blade, 50 percent of the Emmy nominees in the Best Drama Series, 25 percent of the Best Comedy Nominees, and 60 percent of the Best Limited Series noms had LGBTQ characters or plot lines.

Let’s take a look at some of the highlights of the night, including the biggest dubs, snubs, heartwarming interactions, and iconic red carpet looks from the great night.

The White Lotus was one of the highest nominated series of the night, next to Ted Lasso and Succession. The LGBTQ+ inclusive comedy-drama took home the title for Best Limited Series and out Aussie actor Murray Bartlett snagged the award for Best Supporting Actor. His acceptance speech gave us everything our queer hearts could ask for: A supportive Connie Britton screaming, a shot of showrunner Mike White drinking wine, and a shout-out to his partner Matt. So well-deserved!

He also hilariously mentioned his time on Survivor during his second acceptance speech and asked everyone not to “come for him.”

Queer Icon Jennifer Coolidge Shimmies Away With an Emmy

Another win for The White Lotus went to legendary actress Jenniffer Coolidge for her role as Tanya McQuoid. Coolidge was overwhelmed during her speech and gushed about this “once-in-a-lifetime thing.” She thanked a few names that she read off of a crumpled piece of paper and then proceeded to shimmy as the play-off music started. It was a moment none of us will forget.

RuPaul’s Drag Race has taken home the award for Outstanding Competition Program four years in a row. Unfortunately, that streak came to an end last night when Lizzo’s Watch Out for the Big Grrrls took the gold. However, Lizzo’s speech had us crying as she dedicated the award to the big girls.

“When I was a little girl, all I wanted to see was me in the media — someone fat like me, Black like me, beautiful like me. If I could go back and tell little Lizzo something, I’d be like, ‘You’re going to see that person, but b***h, it’s going to have to be you.'”

Comedian Jerrod Carmichael took home his first ever Emmy award for Outstanding Writing for a Variety Special. Carmichael came out as gay on his stand-up Netflix special, Rothaniel.

“I made something that was of great personal consequence to me and this definitely contributes to the meaning of it,” he said during his acceptance speech. “I’m not a sore winner, but I’m going to go home because I can’t top this right now.”

All the LGBTQ+ Winners at the 2022 Emmys