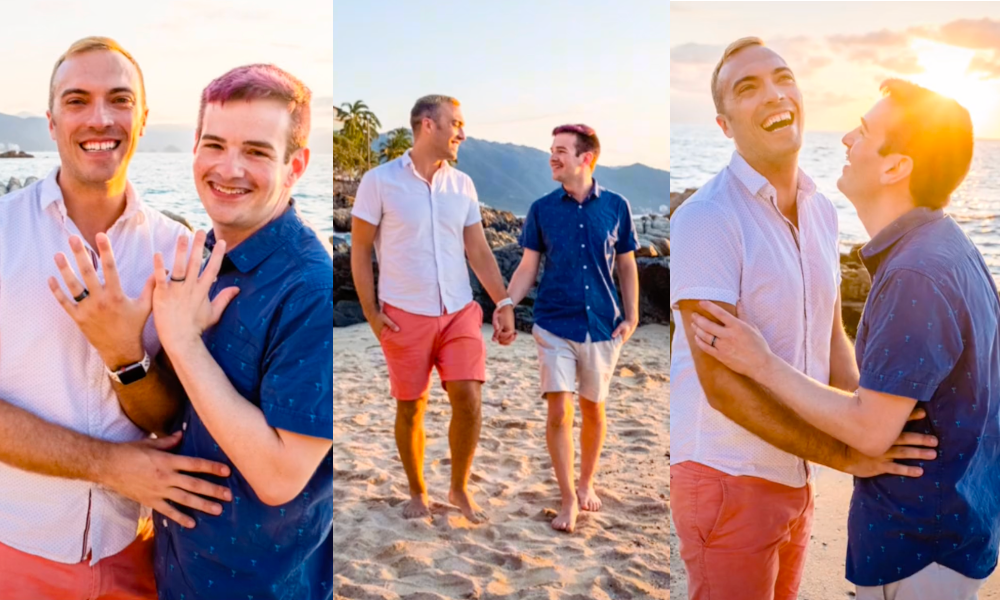 Find out what happens when two boyfriends plan a surprise proposal for each other.

Corey Francis jetted off on a romantic trip to Mexico with his boyfriend with one goal in mind, to ask Trevor Turk to marry him. However, Turk had a similar plan which resulted in an adorable double proposal at sunset! Swoon!

The couple had been dating for over four years when Francis began planning the extravagant getaway. According to the Daily Mail, he even created a spreadsheet with all of the details for the trip. What he could not plan for was his boyfriend’s surprise proposal seconds after he had gotten down on one knee.

Francis hired his friend and photographer Albert Harris to capture the big moment and did his best to make the night special for Turk. He made all the arrangements for dinner that night but refused to give any details to his boyfriend. At this point, Turk was suspicious that he might propose and decided to bring his ring box to dinner as well. Watch the TikTok video that captured the moment they both said yes!

@aharrisphoto Out of the 1250 proposals I’ve captured in my career this is my first double proposal. Congrats to them both! Location: Puerto Vallarta Mexico #proposal #doubleproposal #lgbtqproposal #marriageproposal ♬ Perfect Slowed – Slowed Audios

Turk and Francis live in Columbia, Ohio, and plan to tie the knot in 2024. This way, they have “time to plan and relax.”

“It was exactly like us,” Turk said of the proposal. “I’m more of a free-flowing person, and Corey is very detail oriented, so it’s very us.

“It felt like a dream afterwards. We kept calling each other our fiancées. It was just a giddy happiness that’s still here now. You could call it a new engagement high.”