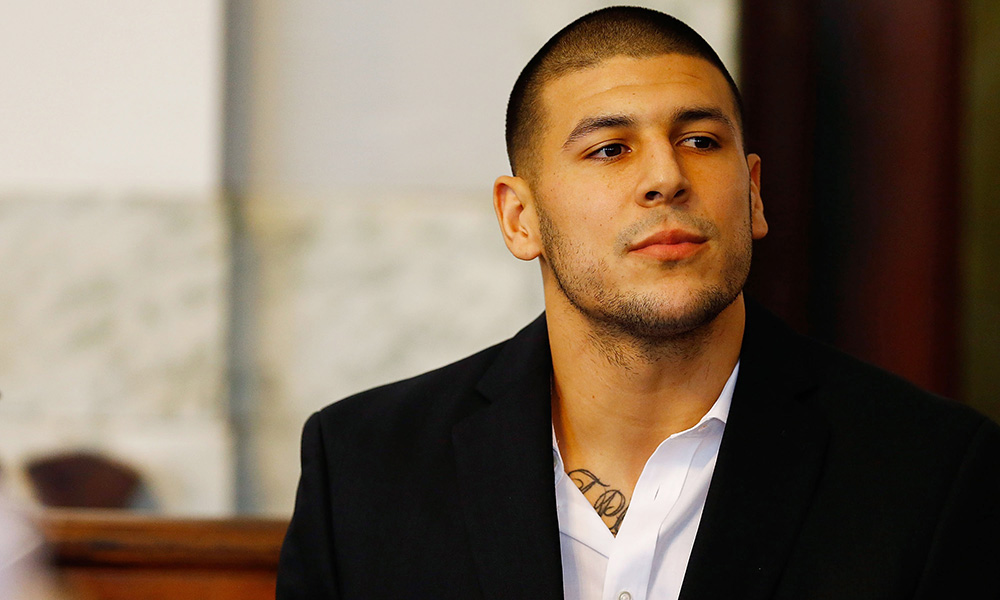 In 2017, the 27-year-old former Patriots star was serving a life sentence for murder when he was found dead in his cell at Souza-Baranowski Correctional Center. His cause of death was ruled a suicide. Shortly after his death, rumors that Hernandez was either gay or bisexual circulated, and his alleged lover, 22-year-old motocross racer Kyle Kennedy, was identified. Hernandez’s family denies the rumors about his sexuality.

Leontire asserts that he spoke with Hernandez his sexuality shortly before his death.

“[He] acknowledged it,” Leontire, who is openly gay, said in the TV special. “Acknowledged the immense pain that it caused him.”

Leontire maintains the 27-year-old tight end struggled with his sexuality because “came out of a culture that was so negative about gay people that he exhibited some self-hatred.”

Alyssa Anderson, Hernandez’s college girlfriend, also appears in the special. Anderson states she assumed Hernandez was gay; while they were dating, she caught him texting other men.

“Back in college, there were text messages I saw on his phone when he came back from a trip [that were] from a male,” she explains. “[They] didn’t have a name, didn’t really say too much, but it was a relationship with somebody, and I questioned it.”

Related | Did Harry Styles Just Come Out as Bisexual?

According to Anderson, Hernandez denied being gay while they were together. However, Hernandez later came out as gay to Anderson in letters they exchanged while he was in prison. “Please keep this between us,” she insists he wrote. “But it’s not a shock; you caught me. LOL.”