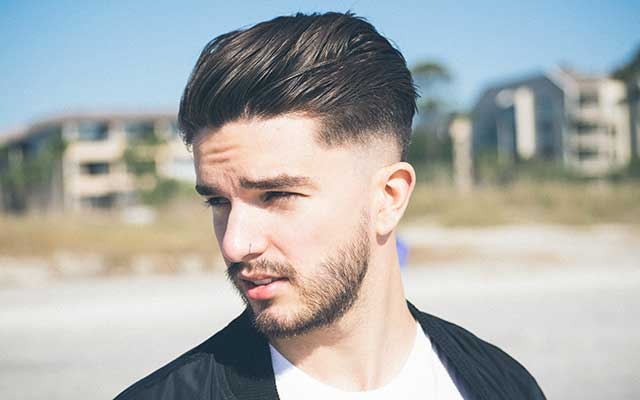 I’ve travelled far and wide with nothing but a passport and a smile, and I’ve met countless future husbands. When I travel to Europe, I always ask myself what makes European men more appealing than many Americans. I’ve decided it all comes down to a few important qualities.

1.  He thrives in community living

With friends from around the world, I know how much community means to many foreign men. A walk to the store isn’t just a walk to the store — it’s an adventure, and everyone he meets along the way is a friend until proven otherwise.

In addition to European men, community plays major part in Latin culture. It defines their value system. It’s an all for one, one for all mindset, which is carried on by everyone in the community. Because it’s is so important to them, communication is usually a strength for foreign guys. He voices his opinion because he aims to resolve it, rather than letting it settle because he enjoys watching you squirm (that’s so American).

2. Family is his identity

Most foreigners are really enthusiastic; they have a different outlook on life. For most non-English speaking countries, family and friends make up the main part of their lives, not just socially, but intimately and emotionally. It’s the fabric of their cultural foundation.

For the most part, the importance of family is how foreign men define themselves. Culturally, Americans define manhood through action and masculinity. But in countries like Italy, Brazil or some nations in Central America, what defines a man is how much others love them, not how much they accomplish. To a spoiled American like myself, this quality is sexy as hell.

3. Life will be unpredictable

The fact that he is of a different culture will enrich your life in ways you can’t imagine, from the type of food he’ll cook to what he does in the bedroom (hey!). While the rest of your American friends carry on typical American relationships with Netflix, Pizza Hut and kale chips, your house will be half-made from a different thread. He’ll bring different kinds of music, humor, laughter and games to your life and that’s thrilling.

I’m a sucker for Australian or English accents myself, but lately I’ve begun to admire the seduction of Latinos and Europeans. Literally, those accents drop me to my knees.

Throughout the relationship, he’ll teach you words in his native language, while you teach him the meanings of simple English phrases, which will make you feel smart AF. The best part is when things get bad and you start fighting, hearing him confuse one phrase for another will make you giggle — though you try your hardest to stay mad.