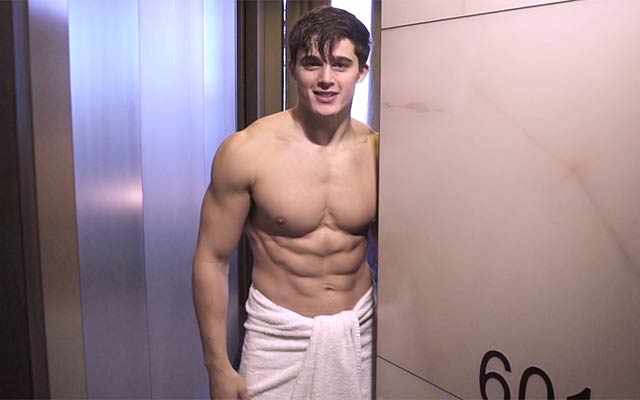 By now, everyone has laid eyes on Pietro Boselli (aka the sexiest math teacher in the world). Thanks to Vogue Paris, you can spend 24 hours with the hunky mathematician in their sizzling mini documentary. From the moment he steps of of the shower, Boselli flirtatious attitude is completely captivating.

Related: Pietro Boselli Will Teach You a Thing or Two About Tighty Whities

Although the concept is simple (let’s follow a hot male model around all day), somehow his breakfast and intense workout sessions kept our attention for nearly four minutes, which is longer than most men last.

In the video, Boselli says, “At first I never realized that people were taking pictures in the classroom. The first time is when I saw it reposted on Facebook … I saw it happen a few times until The Daily Mail picked it up and reposted it and it just went all crazy on the Internet.” He added, “I started having more people showing up at the class, people who had nothing to do actually with the course. [Laughs]” You can watch the entire video below!