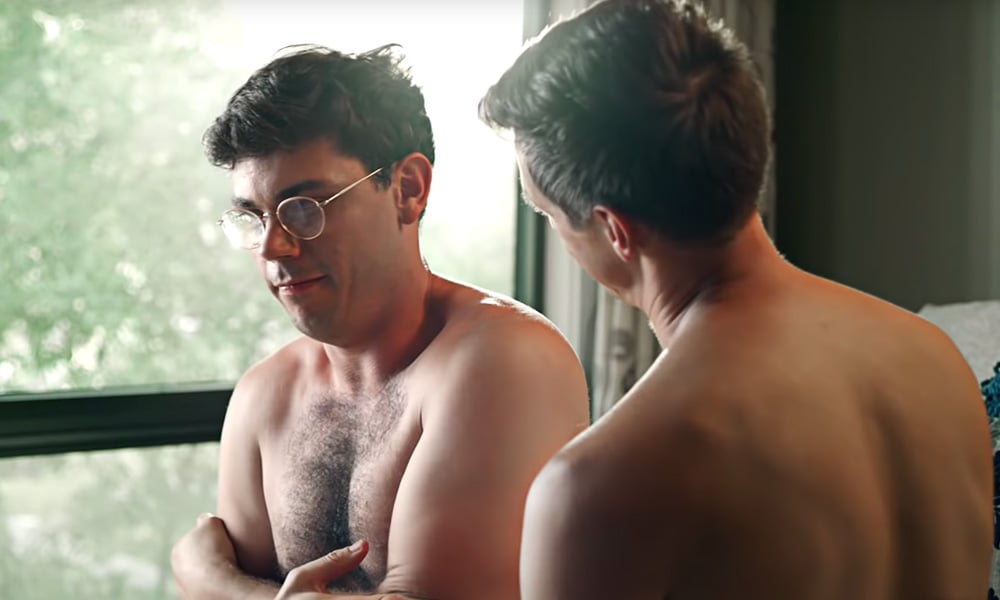 9 LGBTQ Shows You Can Watch on Netflix

Looking for something queer to stream on Netflix? There’s a list for that.

LGBTQ representation in media is at an all-time high, and that couldn’t be truer for the streaming giant Netflix. According to a recent GLAAD report, the number of queer characters has increased by more than 100. To celebrate that monumental achievement, we browsed Netflix’s calendar to bring you the 10 must-binge shows for queer content.

From the Chilling Adventures of Sabrina to Bonding, here are 9 shows to add to your watchlist.

Inspired by the books of Armistead Maupin, the new Netflix Limited Series Tales of the City begins a new chapter in the beloved story. Mary Ann (Laura Linney) returns to present-day San Francisco and is reunited with her daughter Shawna (Ellen Page) and ex-husband Brian (Paul Gross), twenty years after leaving them behind to pursue her career. Fleeing the midlife crisis that her picture-perfect Connecticut life created, Mary Ann is quickly drawn back into the orbit of Anna Madrigal (Olympia Dukakis), her chosen family and a new generation of queer young residents living at 28 Barbary Lane.

Why be normal when you can be Special? Special, is a distinctive and uplifting new series about a gay man, Ryan with mild cerebral palsy who decides to rewrite his identity and finally go after the life he wants. After years of dead-end internships, working in his pajamas as a blogger and communicating mostly via text, Ryan eventually figured out how to take his life from bleak to chic and began limping towards adulthood. The offbeat comedy is based on series creator and star Ryan O’Connell’s memoir, “I’m Special: And Other Lies We Tell Ourselves.” O’Connell also serves as executive producer alongside Jim Parsons.

When it rains, it pours. From the minds of Gerard Way and Gabriel Bá, The Umbrella Academy is the story of a super-dysfunctional family of superheroes who have eight days to get it together and save the world.

From Revenge creator Mike Kelley, What/If stars Renée Zellweger as ultimate game player, Anne Montgomery. When Anne presents a young, cash-strapped couple with an incredible opportunity, they have to decide what they’re willing to risk for a chance to have it all.

Inspired by the teen novel of the same name, Netflix’s new dramedy Trinkets centers on three teenage girls from the same school who become best friends after bonding over their shoplifting habit. Deadpool star Brianna Hildebrand (Megasonic Teenage Warhead) is gay and it’s not a big deal, which makes her character so remarkable. No one gives a crap, it’s not a major part of her storyline, and she’s accepted by her friends, family and her peers.

Eight twentysomethings around the world discover they have an intimate connection to one another with emotional, mental and physical implications.

Her name is Sabrina Spellman. Half witch. Half mortal. On her 16th birthday, Sabrina (Kiernan Shipka) has to make a choice between the witch world of her family and the human world of her friends. With her aunties (Miranda Otto, Lucy Davis), her cat Salem, and her boyfriend Harvey Kinkle (Ross Lynch), Sabrina will face horrors and new adventures in the mysterious town of Greendale. From the executive producers of Riverdale comes a haunting new tale.

With a new Fab 5 and some very tough missions, the Emmy-winning show is back and ready to make America fabulous again … one makeover at a time.

9 LGBTQ Shows You Can Watch on Netflix