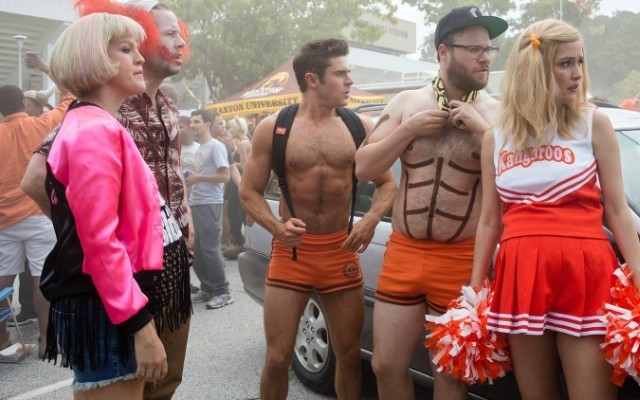 Neighbors is back, and yes, so are Zac Efron’s furry abs. The sequel to the 2014 hit comedy comes out this summer, and Universal Pictures has released the first trailer.

The gang is all back: Seth Rogen, Rose Byrne and Zac Efron. They’re joined by newcomers to the franchise, Selena Gomez and Chloe Grace Moretz. And this time around, it’s the sorority girls that are causing all the mayhem.

Check out the new trailer for Neighbors 2: Sorority Rising below, and thank Hollywood that they keep putting a shirtless Zac Efron in movies.