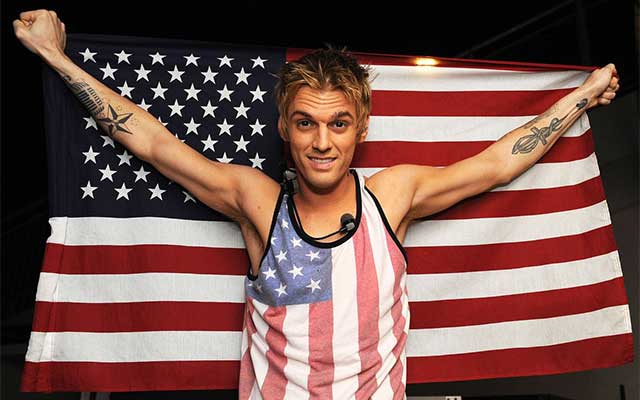 The former pop star went from “I Want Candy” to “I want Trump.” Leaving us wanting an explanation.

Well, thanks to a recent GQ interview, we now have that explanation. Or at least the closest thing we’re likely to get.

It all started with a tweet Carter posted in response to Trump:

@realDonaldTrump Does America want to have a president who FOLLOWS or someone who leads? I vote For @realdonaldtrump

And that’s where the confusion started. During Carter’s GQ interview, he does clear up a few things. When asked what parts of Trump’s platform he opposes, Carter said:

I don’t agree with banning gay marriage. It’s outlandish, because he has supported the gay community before. And building a wall is totally outrageous.

Well, as the interview goes on, Carter claims to have been “passed a torch” by Michael Jackson, admits to never having voted before and, honestly, we wonder if he knows exactly how the electoral college works.

Check out the full interview and let us know what you think!