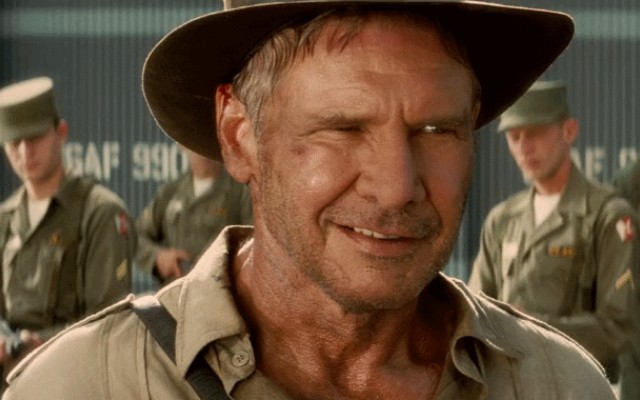 It’s official! Disney announced they’ll be releasing the fifth Indiana Jones movie on July 19, 2019. Actor Harrison Ford and director Steven Spielberg are returning to the beloved franchise. And even though the fourth installment (2008’s Kingdom of the Crystal Skull) left most fans and critics underwhelmed, we still can’t help but get excited for another chapter of the whip-wielding and fedora-wearing archeologist to hit the big screen. Here are five things (because it’s the fifth movie, get it?) that we’re looking forward to:

Trash talking the franchise after the disappointing reception of Indy 4 didn’t make LaBeouf any friends in the Lucasfilm/Spielberg/Disney camp. His brief stint as Indy’s son, Mutt, can easily be explained away in the fifth movie. Maybe he’s traveling abroad. Or dead.

After the incredible success of last year’s Star Wars: The Force Awakens, it’s clear that Ford’s iconic characters are still viable box office draws. Sure, he’s older and wiser, but that doesn’t make him any less sexy in those unbuttoned khaki shirts! And remember what he looked like when he was younger?

If the series follows the timeline, the fifth movie will take place sometime in the 1960s, a time full of hippies, free love and budding sexual expression. Could we finally see some LGBTQ representation in this classic film franchise? We can only hope!

Breathing new life into iconic movie franchises is all the rage (Jurassic World, The Force Awakens, etc.) so why should Indiana Jones be any different? With the right production and writing team, we’re sure Spielberg and Ford will be able to reinvigorate this franchise and help people forget its previous misstep.

What about you? What are you excited to see in the new movie?