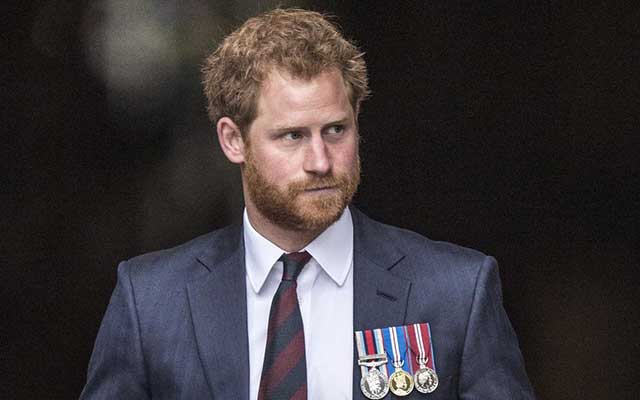 At 31 years old, Prince Harry of Wales is no stranger to the spotlight, and his bad-boy reputation makes him a prime target for paparazzi.

At a recent event celebrating the 75th anniversary of Explosive Ordnance Disposal (EOD) across the British Armed Forces, Prince Harry arrived with a unique accessory. The spare to the heir wore his Operational Service Medals on the lapel of a regal blue suit, with a princely bulge revealing his royal VPL.

As you can tell by the photos below, Prince Harry’s member makes the House of Windsor proud. But, his grandmother Queen Elizabeth II, probably isn’t as amused as we are with the Harry’s hard-on.