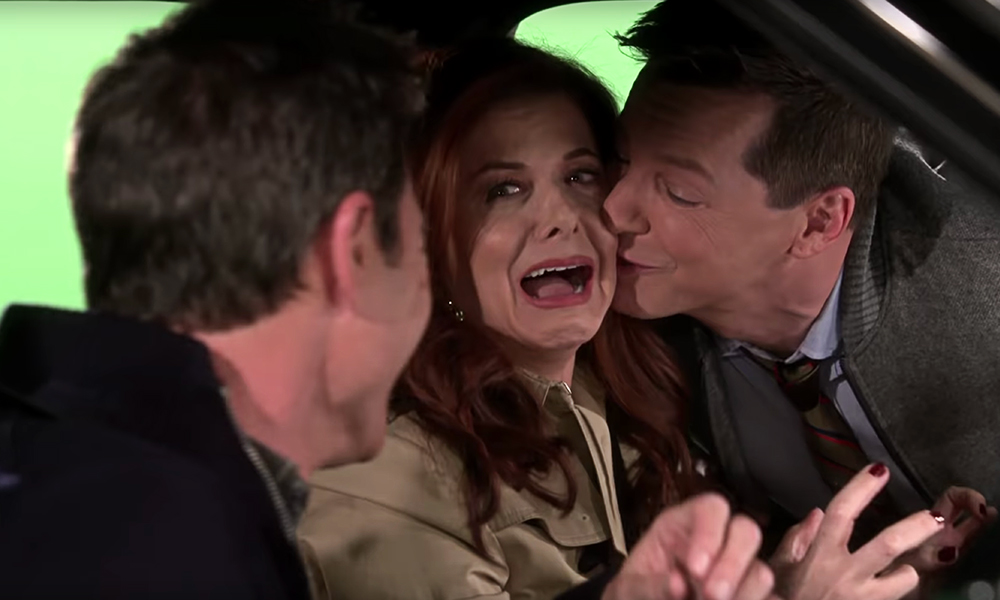 Try to make it through this seven-minute Will & Grace gag reel without laughing.

The season revival of Will & Grace has many fans pleasantly surprised and totally entertained. The chemistry between the four main characters, Will Truman (Eric McCormack), Grace Adler (Debra Messing), Jack McFarland (Sean Hayes) and Karen Walker (Megan Mullally) is just as strong as ever.

In the ninth season, the cast tackled many contemporary issues (dating while queer, ageism, body dysmorphia, etc.) in a compassionate yet entertaining way. However, sometimes actors slip, and then those moments make it to the gag reel.

Related | Sean Hayes Says He Has Regrets About Coming Out

NBC greenlit the tenth season for the Will & Grace revival with 18 episodes. Although the studio has yet to announce the premiere of the new season, it’s safe to assume the first episode will premiere in September. While you’re waiting with the rest of the Will & Grace fandom for season 10, sit back, relax and watch the hilarious new gag reel.